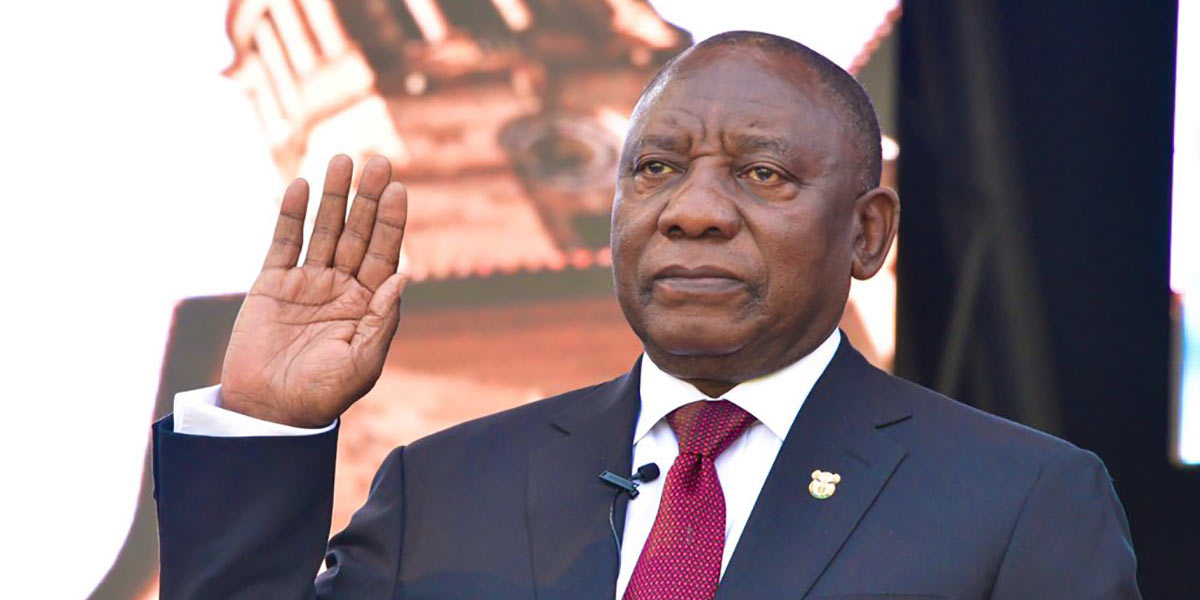 Cyril Ramaphosa has included lesbian and gay people in his presidential inauguration speech. It’s a rare and welcome occasion in Africa but are his words enough?

Ramaphosa was sworn in as South Africa’s 5th democratically elected president on Saturday, which also happened to be Africa Day. In his speech, he set out his vision for South Africa; one that is free of poverty, inequality and discrimination.

He exalted the country’s Constitution, the first in the world to offer protection from discrimination on the basis of sexual orientation. “Our Constitution – the basic law of our land – continues to guide our way even at the darkest hour,” asserted Ramaphosa.

He called on South Africans to work towards a country that is non-racial, belongs to all and affirms true gender equality.

“Let us end the dominion that men claim over women, the denial of opportunity, the abuse and the violence, the neglect, and the disregard of each person’s equal rights,” said Ramaphosa.

“Let us build a society that protects and values those who are vulnerable and who for too long have been rendered marginal,” he continued. “A society where disability is no impediment, where there is tolerance, and where no person is judged on their sexual orientation, where no person suffers prejudice because of the colour of their skin, the language of their birth or their country of origin.”

It’s not the first time a South African president has referred to ending discrimination on the basis of sexual orientation: Nelson Mandela did so in 1994. (On the other hand, Zimbabwe’s Robert Mugabe used his 2013 inauguration to lash out at same-sex marriage and “filthy” homosexuality.)

Importantly, however, President Ramaphosa acknowledged that South Africans want “action and not just words and promises.”

The inauguration was attended by a number of African leaders, some of whom preside over nations in which their LGBTIQ citizens are arrested, stigmatised and discriminated against, including Yoweri Museveni of Uganda and John Magufuli of Tanzania.

In this area, we will expect to see action after a historically poor track record: South Africa must stand for human rights and against LGBTIQ inequality on the international front, even when it comes to calling out our African brother and sisters.

After years of empty promises, and in addition to tackling corruption, poor service delivery and a dismal economy, we also expect to see the following action at home under Ramaphosa’s presidency:

• Passing and enacting long-delayed hate crime legislation
• Finalising the passage of the Civil Union Amendment Bill
• Ensuring the full inclusion of LGBTIQ pupils and identities in schools
• Providing PrEP (HIV prevention medication) to all key population groups across the country
• Ensuring access to health care and medical support for transgender people
• Reforming Home Affairs so that same-sex couples, gender diverse individuals, and LGBTIQ asylum seekers are treated without discrimination
• Ensuring that shelters for homeless and abused people are LGBTIQ-welcoming
• Ensuring that the criminal justice system, from the police to the courts, effectively protects LGBTIQ people without discrimination

President Ramaphosa has an excellent track record of embracing the LGBTIQ community in his words, but it is by his administration’s actions – as he himself acknowledges – that his LGBTIQ legacy will be judged.