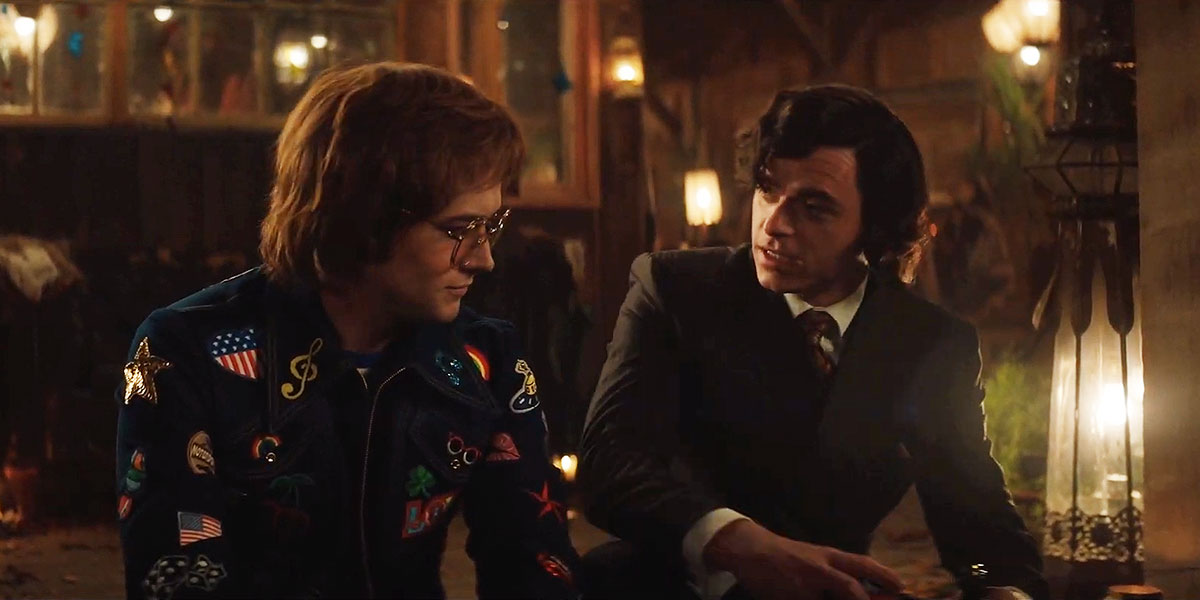 As we eagerly await the release of the Elton John musical biopic Rocketman on 7 June, we’ve got three exclusive sneak peek clips from the film for you to watch.

MambaOnline has been given the videos, which present an insight into various aspects of John’s life and career, to share with our readers by distributor UIP.

The first scene depicts the young John (named at this point Reginald Kenneth Dwight) and his relationship with his family, in particular, his mother and father. John recently said that his dad was strict with a bad temper and his parents often fought, usually about how he was being brought up.

“I was closer to Mum than Dad, but there were long periods when we didn’t speak. And my childhood is one thing I’m still sensitive about,” he wrote in The Guardian.

The second scene shows the star of Rocketman, Taron Egerton as John, performing one of the legend’s most iconic hits, Crocodile Rock, at the Troubadour nightclub in Hollywood. The song was written by John and Bernie Taupin and recorded in 1972. It became John’s first US number-one single the following year. It’s worth noting that Egerton sang all the songs himself in the movie and is not lip-syncing to John’s vocals.

The final clip hints at the coming 5-year romance between Elton and John Reid (played by Richard Madden). Reid went on to become John’s manager and first lover. Their chemistry is clear in this flirtatious scene. When John asks Reid if he liked the song he performed, Reid replies cheekily: “Not quite as much as the singer.”

John struggled to accept his sexuality for many years and got engaged to Linda Woodrow and then married Renate Blauel. He wrote in The Guardian that this was when “I was still very confused about my sexuality.” He even attempted “a completely ridiculous suicide bid” that involved him sticking his head in a gas oven. “Rather than tell my fiancée I’d made a mistake, that was my brilliant plan to try and get out of the wedding,” he revealed.

Rocketman will be released across South Africa on Friday 7 June. You can pre-book your tickets here.