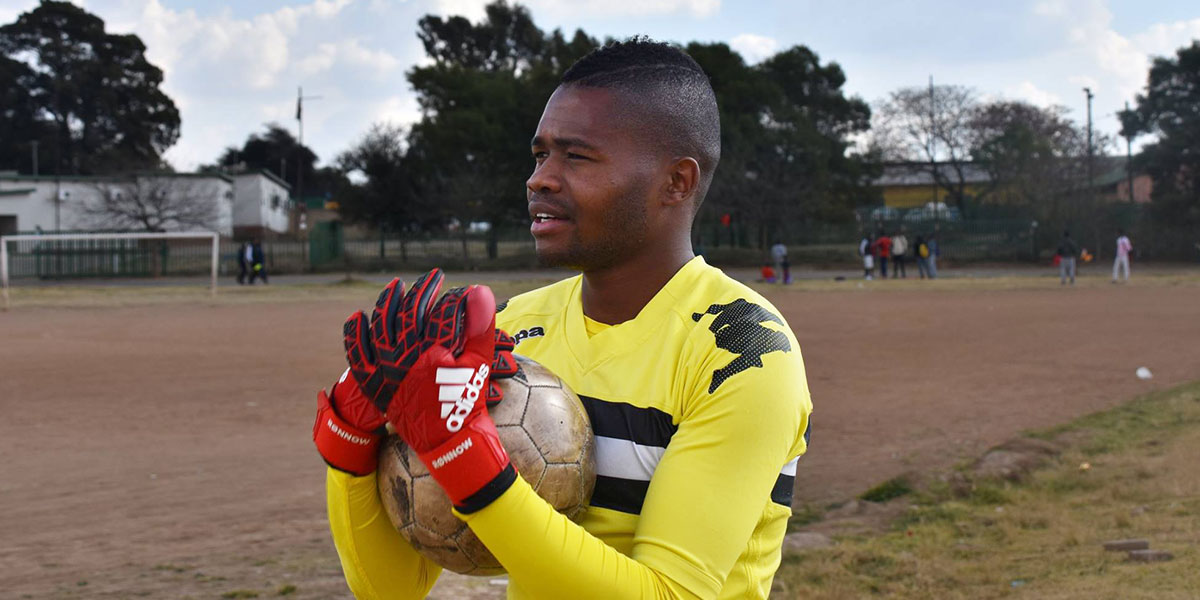 The sports world is known for its hypermasculinity and heteronormativity, especially in South Africa. Other than a handful of exceptions (most famously Caster Semenya), few LGBTQ professional athletes have publicly addressed their sexuality, likely fearing it could ruin their careers.

Phuti Lekoloane, has bravely bucked the trend. In 2016, he became the first professional male soccer player in South Africa to come out of the closet. Three years later, he is now playing for the Tornado Football Club in the Eastern Cape.

MambaOnline caught up with the 27-year-old goalkeeper to find out how his decision to be open about his idenitity has impacted on his life and career.

So, when did your passion for soccer begin?

I think I realised the passion in 2009 when I was playing for Highlands Park. I was 17 and still in high school. People told me that I had potential while I was playing the sport just for the fun of it. But after those affirming comments, I decided to take it seriously.

When you came out in 2016, did you have any fears of it affecting your career?

Well, I was never in the closet to begin with. In 2016, I think, some soccer legend asked Facebook if South Africa was ready to have gay soccer players and I took that opportunity to “come out” to the public. There was no fear; my teammates always knew about it and did not have any issues with it. So I didn’t do it expecting any fear or backlash. It’s who I am at the end of the day.

And how has the public reacted to you coming out?

They have been very supportive. They don’t treat me any different from my teammates. They watch and support because they love soccer, just like I do.

Do you think South African football will become more accepting and open to allow more players to come out?

For now, I will have to say no. I am the only South African [male] soccer player who has come out and is proud. But on a global scale, you can see more acceptance in the field. Players in the UK, for instance, have been coming out and are accepted. This is not the case in Africa. I am still the only one at the moment. There are soccer players who are gay [but are] still in the closet because they are scared of discrimination and homophobia.

What do you think it will take for more athletes to feel safe to come out?

We need to talk about it more. It will never stop until a lot of people are educated. I actually want to go to different teams and talk about my experience because I know there are a lot of young athletes who are coming up and some are gay and are scared to come out.

What kind of homophobia have you personally had to deal with?

There is a lot. While coming out was good for me and all, more problems were created to some extent. Now everyone knows that I am gay, opponents would try to use that to try to put me down before a match for instance. They try to get into my head so that I don’t perform well.

And how do you not let it get to you?

I’ve taken all those comments as motivation; motivation to go out there and perform. I mean I’ve already accepted myself for who I am. And I also receive support from my teammates. Whatever negativity people try to throw at me, I never pay attention.