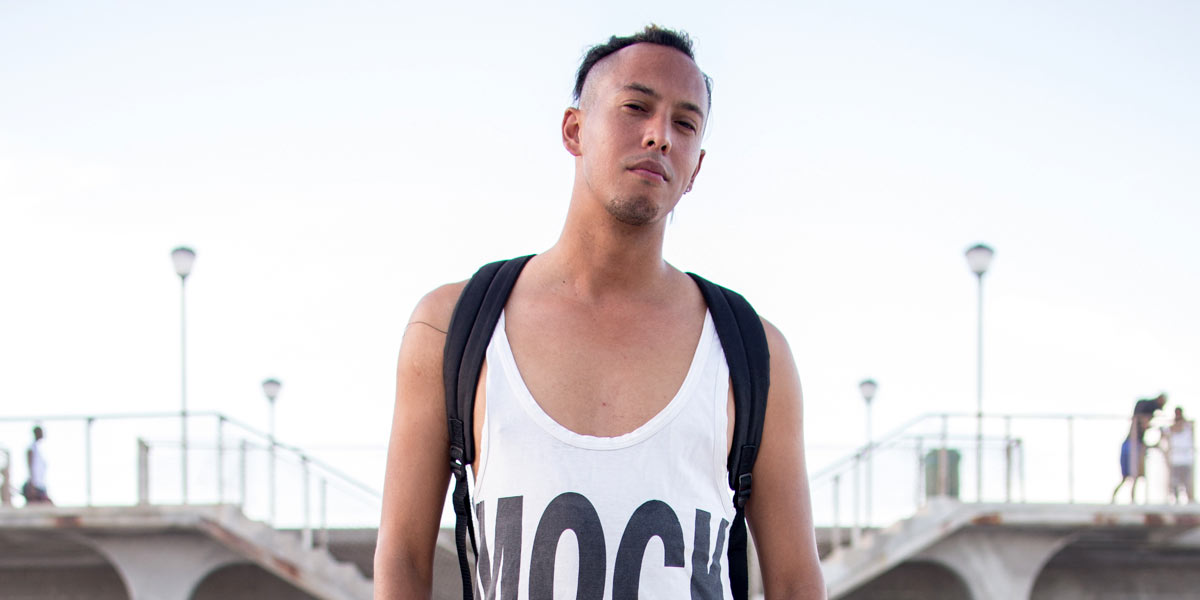 Latheem, who grew up in Mitchells Plain started singing at the age of eight and composing songs by sixteen. He’s since been making a name for himself as an LGBTIQ conscious singer, songwriter and performer, sharing the stage with artists such as Zolani Mahola from Freshly Ground, Jimmy Nevis, Craig Lucas and SAMA award winner, Nakhane.

In an earlier interview, Latheem told MambaOnline: “I can’t control how someone is going to react to my being gay but it’s never stopped me. Call me naive but I’d like to believe that the message music brings speaks louder than our prejudice.

Latheem recently launched his third single, Seed of Unease, written and performed by him and produced by Vanir Elda.

His previous single Human Being was named South Africa’s ‘National LGBTI anthem’. It was performed at Pretoria Pride in 2017 and went to the number one spot on GaySA Radio.

Seed of Unease is a lyrically charged track that looks at the conversation between older and younger self. It hints at the long term effects that a dysfunctional home can have on a child and the healing that can be achieved through connecting with one’s inner child.

Seed of Unease is set to a feel-good EDM backdrop (electronic dance music) that encourages one to “dance through the storm”.

“I was inspired to write this song as a means to address the deep-seated stuff that gets hardwired into us as kids through trauma,” says Latheem.

He explains that writing the song and its lyrics was also a deeply personal experience. “For me, it was a means to heal the wounds beneath the scar tissue caused by issues of abandonment and neglect as a kid.”

You can listen to Seed of Unease below. It’s also available on Spotify, iTunes, Google Play and all major online music stores.