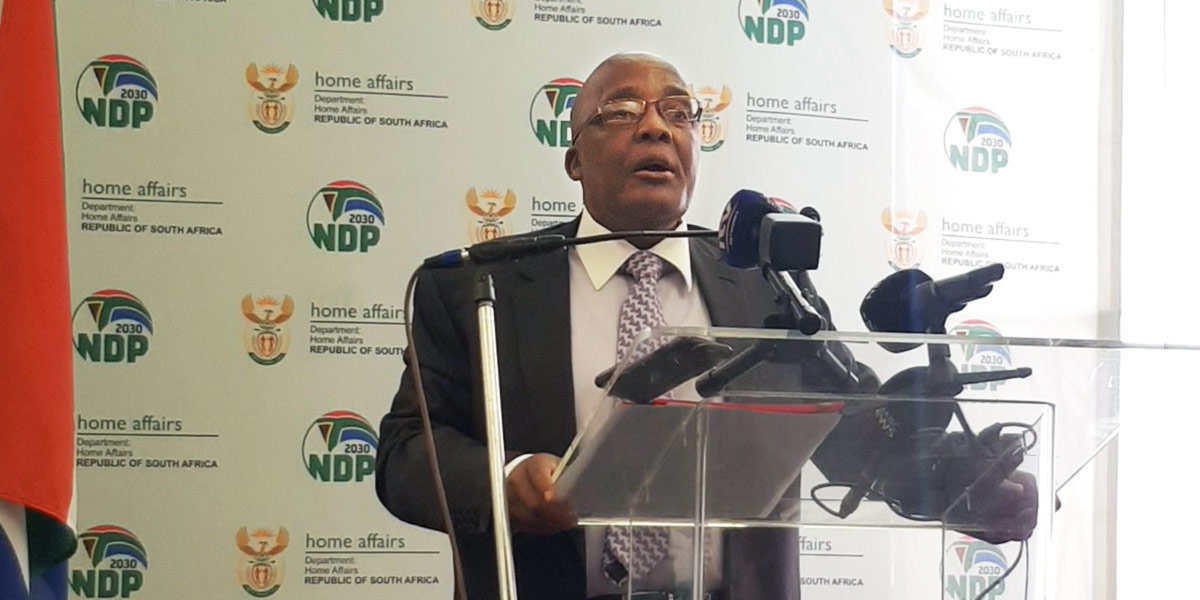 Minister of Home Affairs, Aaron Motsoaledi, says South Africa’s marriage laws need to be revised as they allow for discrimination against some citizens, including the LGBTIQ community.

On Friday, the department hosted the first in a series of marriage policy dialogues with the aim of consolidating the various laws that govern marriage by 2021.

The gathering at Constitution Hill in Johannesburg was attended by gender and human rights groups. The dialogue addressed weaknesses in the law in terms of customary and non-Christian religious marriages, underage marriages and same-sex marriages.

“We are starting a process to modernise our marriages laws to ensure that they adhere to the principles of the Constitution, which enjoins us to ensure that the State does not unfairly discriminate against any citizen,” said Motsoaledi.

Motsoaledi admitted that “all of these acts still discriminate against some citizens,” in part because of the fragmented way they were created. He also noted that “South Africa inherited a marriage regime that was based on the Calvinist Christian tradition which stemmed from the era where the State and the church were mutually reinforcing, if not synonymous.”

The minister gave examples of scenarios in which the acts are discriminatory. “The legislation does not make provision for couples [married under the Marriage Act] who change their sex status but want to retain their marital status,” Motsoaledi said. “Home Affairs laws do not allow that. And suddenly they find themselves unmarried and they have to come back and remarry under a new regime [the Civil Union Act].”

Over the coming months, Home Affairs will be meeting with stakeholders such as religious organisations, traditional leaders, and other government departments.

“We hope that this process will lead to the realisation or the culmination of a new marriage policy for South Africa,” said Motsoaledi. It is envisaged that the new marriage policy will be taken to Cabinet in March 2021 for approval after an extensive public consultation process.

Denise Zambezi, Legal and Research Coordinator for Access Chapter 2, told the audience that the Marriage Act “does not speak to LGBTI people and same-sex couples”. She said that while the Civil Union Act is “progressive” it is also discriminatory because it allows marriage officers to refuse to marry same-sex couples. Concerning the Customary Marriages Act, Zambezi pointed out that it only recognises opposite-sex non-monogamous relationships and does not cater for polygamous same-sex unions.

“As an organisation, we welcome the consolidation of all of these acts. It is going to assist a lot of LGBTI people in actually enjoying their constitutional right to be treated equally and with dignity,” said Zambezi.

Roché Kester, Hate Crime Manager at OUT LGBT Well-being, brought up the Civil Union Amendment Bill, which aims to remove the opt-out clause allowing marriage officers to reject same-sex couples. The Bill was passed by the National Assembly last year but has since stalled in Parliament.

Kester believes that the Bill should still become law while the lengthy process of consolidating marriage legislation is underway. The Acting Director-General of Home Affairs, Thulani Mavuso, responded that Home Affairs intends to resurrect the Civil Union Amendment Bill through the Portfolio Committee on Home Affairs in Parliament.

“From OUT’s perspective, the dialogue was useful,” Kester told MambaOnline. “It was a great opportunity to voice concerns related to discrimination that the LGBTI community faces and the inclusion of non-binary and gender non-conforming individuals in solemnising relationships.” She added: “It will interesting to see what comes from the dialogues and if the Marriage Act will become more inclusive.”