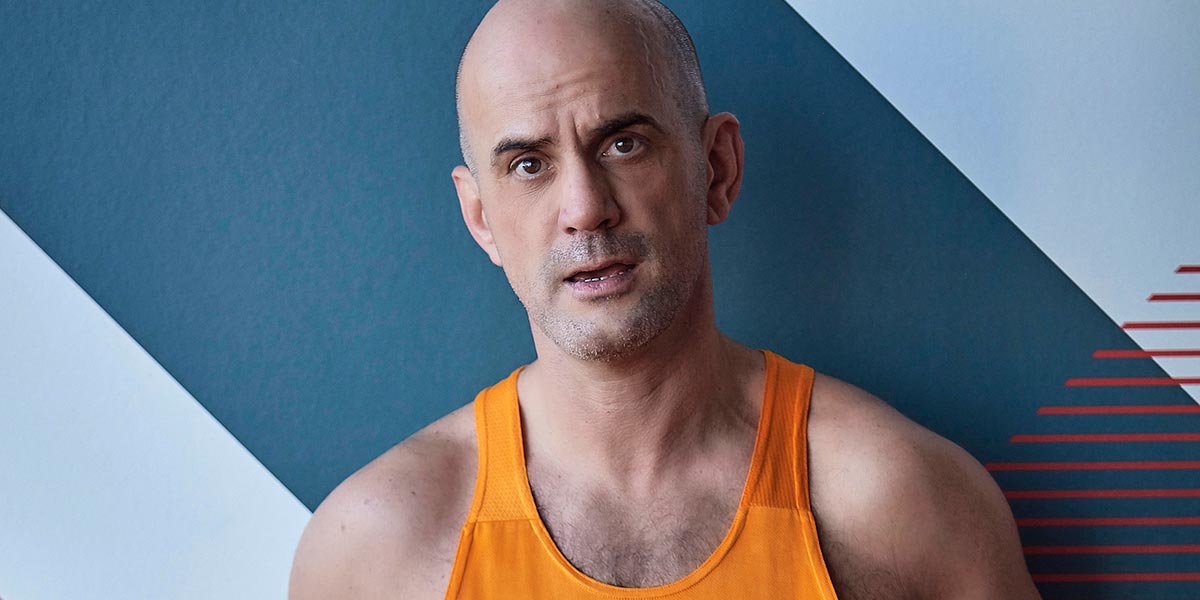 Bullied, hijacked, addicted to drugs and toxic relationships, and violated. Costa Carastavrakis could have easily succumbed to these ordeals, and he did for years. But, after spiralling out of control in his 30s, he has succeeded in reinventing his life, attitude and body.

The 49-year-old has now written about this transformation; from a young Greek boy who always felt different to a successful businessman hooked on drugs and alcohol, and then to a runner, Ironman athlete, author and motivational speaker.

His book, I am Costa: From Meth to Marathons, is an often funny but always brutally honest look at this journey. He says that, as a gay man, he wants to address the stigma and shame many of us face in the LGBTQ community, which played a major role in his own addiction.

Carastavrakis, now 13 years sober, recently spoke to MambaOnline about documenting his life-altering experiences and insights to inspire others.

You grew up gay and greek in pre-democracy South Africa. How did that shape you?

It meant that I was always the odd one out. Being gay was illegal and scorned back then. It ingrained in me a sense that who I was, was wrong and defective. Shameful feelings resulted from just being me. I was bullied by other boys. I felt left out of society.

Do you think that younger generations are aware of how damaging being criminalised and outlawed was to LGBTQ people?

I’m not sure they do. I am glad, however. It tells me we have come a long way. I think each generation has its lot to carry. We had our shit and today the younger guys have their shit!

It’s been shown that LGBTQ people have high rates of substance abuse. Why do you think that is?

Many LGBTQ people grow up feeling a large sense of shame that is difficult to assimilate as an adult or just cope with in general. These factors can cause one to want to escape from the harsh feelings that come with this. I don’t think we specifically set out to self-destruct. I think we want to find a way to deal with harsh feelings and drugs offer an easy quick solution to numb such pain. It’s an unhealthy solution that fixes nothing. 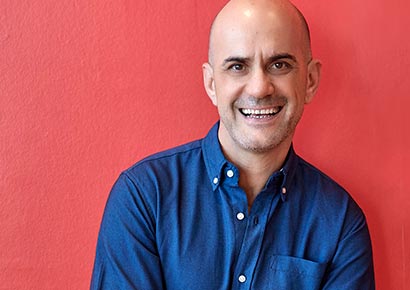 Why was running something that spoke to you and what made it stick?

Running released endorphins – that’s free drugs! That high from running is a rush I enjoyed. Sticking to it was easy once I started setting small goals that I attained. Slowly I noticed my body changing and my ability increasing. A competitive streak in me was unleashed and I started aiming higher and higher. I also tend to get a little obsessed about things and thought this would not be too bad an obsession!

Parts of it were very hard to write and even harder to share. I have, however, also managed to look at my life with a sense of lightness. It is not a misery memoir; I looked for the humour in my life and think I managed that quite well. We as LGBTQ people are bloody fabulous in many ways, and one of them is in our ability to laugh at life. A trait I am proud of.

You are very upfront about your drug abuse. Were you concerned about how your family or others would react?

My addiction is none of my responsibility – but my recovery is. I couldn’t care less who knows what drugs I took or what I did. I only care about what I am going to do about it to never go back. My family have the same attitude and are very supportive. My dad said he was really happy to finish it as parts were particularly hard for him to read. I can’t blame him.

You also open up about being raped. Male rape is still largely swept under the carpet. Did you know you had to write about it?

My final draft of the book actually had none of the rape in it. I had neatly swept it under the same carpet you mention. Then I read that book, The Lost Boys of Bird Island. I realised my story was not complete without it. I simply had to write about it. I also did it in the hope of dealing with an undercurrent of shame it kept bringing up in my adult life. Talking about it now and bringing it into the light has really been amazing for my recovery. For the first time in 12 years, I have met someone really wonderful and am taking on a relationship.

If you were able to say something today to the man who raped you, what would that be?

“Please tell me I was the only one and that no other man or child suffered from your abuse? I am healing but I am certain others are not as lucky to have the support structures I have. I leave your karma to do any work needed here. I move on.”

Shame holds us back so much as human beings, LGBTQ people in particular. How did you overcome it?

It’s important to look at the shame, try and understand it. Make light of some of it, where appropriate. Then to forgive it, and hand it back. In most cases, it wasn’t mine to carry in the first place. This book has helped me makes sense of the shame and find meaning in it all. 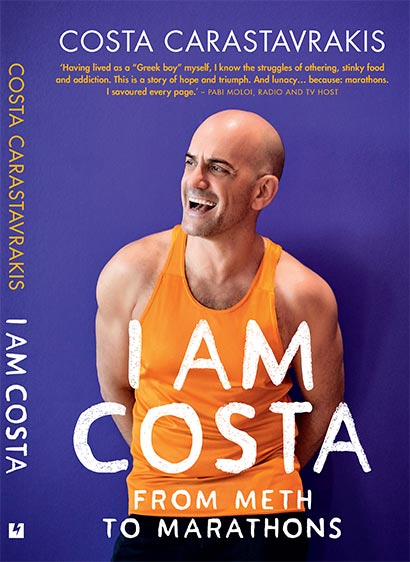 There are many LGBTQ people out there who are in the midst of substance abuse. What’s your advice to them?

We use drugs to alter our reality. For me, reality rocks, and consciousness rocks and if you want to change your reality then things are out of balance and need to be checked. Most of it comes from a lack of self-love. I love myself enough to be present in my own life – to try and be the best version of myself every day. I am not sure drugs offer that – even experimentally in small amounts. Live your best life! That can’t include drugs, surely? And if you are struggling with them, tell someone! There is so much help out there. Make that call!

What would your 12-year-old self think of the man you are today?

I think he would be very happy with how I turned out and managed to find self-love. He wouldn’t be happy I lost all my hair but at least the body is in good shape!

I am Costa: From Meth to Marathons is available in bookstores. You can contact Costa directly at www.thisiscosta.com.

WIN A COPY OF I AM COSTA: FROM METH TO MARATHONS

We are giving away two copies of the inspiring new book by Costa Carastavrakis!

To stand in line to win, email us on info@mambaonline.com and answer this question: Is Costa of Greek, Portuguese or Italian heritage?