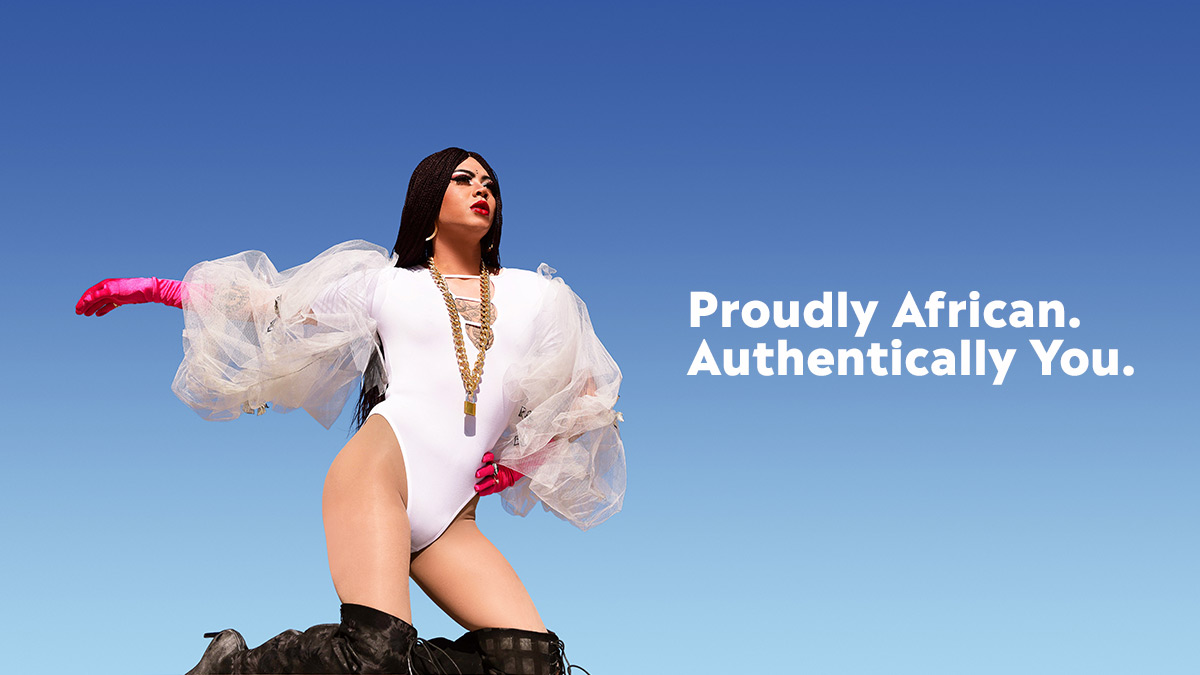 Baba Ganoosh in an image used to promote Johannesburg Pride

There is unhappiness on social media about the headline artists at this year’s Johannesburg Pride, with claims that queer performers of colour have been excluded.

On Monday, Johannesburg Pride announced that the headline acts for the upcoming event are dance duo Locnville and producer / DJ Sketchy Bongo. In response, several tweets expressed anger that three cisgender heterosexual men had been chosen to top the line-up instead of queer artists.

The issue was heightened when drag performer and LGBTQ activist Baba Ganoosh – who was one of the faces of the Johannesburg Pride marketing campaign – spoke out about the issue on radio.

Text messages between Baba Ganoosh and Pride organiser Kaye Ally were then shared on social media. An angry Ally confronted the artist about their views and threatened to shut down Johannesburg Pride, adding “If I step down, I shit down.”

Baba Ganoosh alleged that the organisers were bullying them and others, such as DJ Lelowhatsgood, claimed that critical comments had been deleted, voices silenced and followers blocked from the Pride social media platforms.

“Yesterday I spoke on radio about @JhbPride,” tweeted Baba Ganoosh, “and mentioned that there should be more queer people of colour on stage and more youth involved in planning! The organizer decided to come for me and I won’t accept being bullied! Retweet if you agree!”

Johannesburg Pride has now issued a statement in response to the furore, denying the accusations of exclusion and apologising for the way it responded.

“We are dependent on sponsorships so that we are able to create a safe platform with non-barriers to entry. In the past, we have been approached by artists that have refused to perform for no remuneration.”

Johannesburg Pride asserted that “The persons stating to be excluded have never approached us. We are inclusive of everyone that cares about the plight of the LGBTQ+ community, that includes the straight allies.”

The organisers thanked those queer artists who are performing at the event, such as DJ Olwee and Amstel. They also said that they are not paying for RuPaul Drag Race star Brooke Lynn to appear at Pride and that she has been sponsored by Babylon Bar.

Johannesburg Pride further issued an “apology to the public and LGBTQ+ community for the handling of its social media in the past few days” and said it has “called in professional services [to] ensure better communication going forward.” The organisers concluded by thanking “those who have expressed their views and opinions on this matter, the team have taken all your feedback into consideration to make the event a bigger and more enjoyable experience for all.”

The event has for years, and under various organisers, been on the receiving end of controversy surrounding its locations in the north of the city as well as claims of over commercialism, lack of inclusion and abandoning its activist roots. Despite these criticisms, thousands of revellers typically turn out for the event every year. Johannesburg Pride 2019 is marking its 30th anniversary on Saturday 26 October in Sandton.

Yesterday I spoke on radio about @JhbPride and mentioned that there should be more queer people of colour on stage and more youth involved in planning! The organizer decided to come for me and I won’t accept being bullied! Retweet if you agree! pic.twitter.com/FOE3v9IXpK

They’ve deleted A LOT of comments calling them out for this. pic.twitter.com/0UXDcOqxeT

unblock everyone y’all blocked on Instagram if you’re really sorry. the chairperson needs to make a personal apology as well on her social media for the way she was outraged and how she continued to threaten every queer person who had genuine concerns. otherwise this ain’t it.

By the way… @JhbPride blocked me for calling them out for having 3 cis-het men as their headliners. They also lied by saying they reached out to all the queer artists in the city… uhm… sure sis… but fuck our voices right?#BoycottJHBPride pic.twitter.com/ecHcXlh8pp

Multiple artists did reach out.

This also fails to address the way you silenced the same people you claim to have “heard”.

You blocked, harassed and responded rudely and defensively to people who were simply confused that you have 3 cisgender men headlining pride. https://t.co/f4Izb2xcdZ