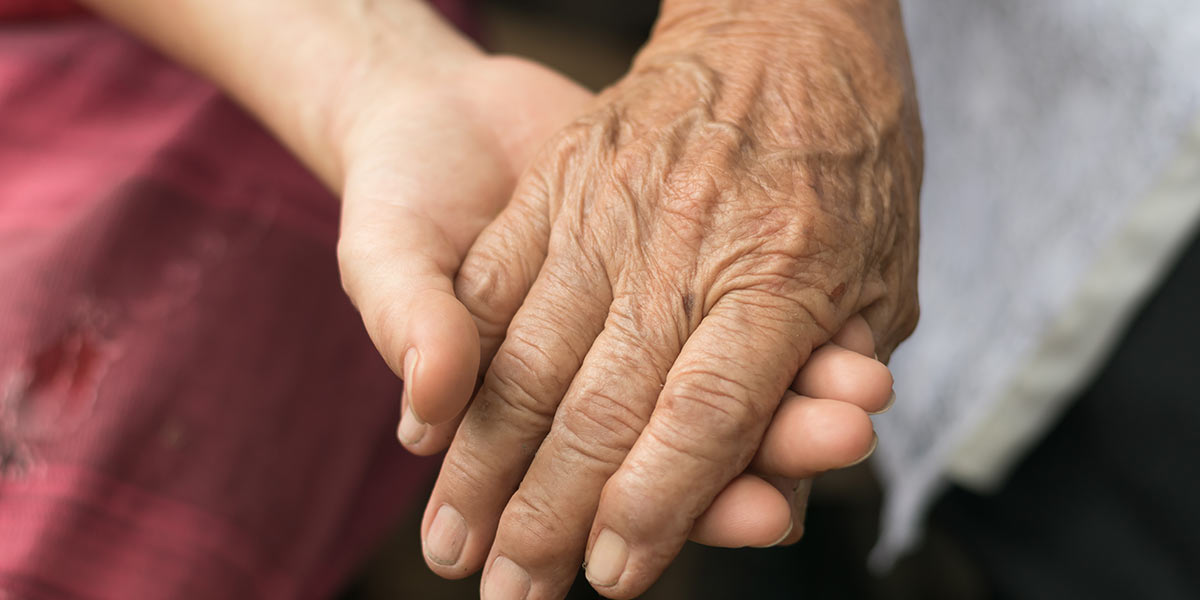 I met Aunty M. not long after moving to the small town in the Upper Karoo where I currently live. Upon learning that the local old age home in town offered a fantastic Sunday lunch at a reasonable price, I started dining with the residents quite regularly. Aunty M. and I settled into a comfortable routine of having coffee together after lunch.

At 96, her memory, mental clarity and sense of humour constantly take me by surprise, as they did when I first met her three years ago. Despite what I gather must have been a rather Victorian upbringing, as most of her peers also had, Aunty M. displays a wicked – and sometimes racy – sense of humour, interspersed with a wealth of historical knowledge and an interest in the matters of the day.

She has amusing nicknames for most people around town. She calls one of her neighbours – a former music teacher who has lost most of her hearing, but still takes every chance she gets to tickle the ivories – “Noot-vir-Noot”, for instance. Due to my small stature, I quickly became “Pixie”, and Aunty M. started referring to me as her adopted granddaughter. Having lost my own English grandmother just a few months before, it seemed like Nanny Alma was sending her love from somewhere far away, as she had done for all of my life.

Like all grandmothers, Aunty M. soon became curious about my romantic prospects. “I’m not interested in a man,” became my standard answer when she wanted to know if I had met Mr Right yet. Technically it was not a lie – I definitely wasn’t interested in a man. Any man. Along with conversations about history, climate change and a bit of gossip, we also discussed homosexuality, especially from a Biblical perspective, as she is deeply religious.

While respecting her views, I carefully started giving Aunty M. a detailed run-down of gay life, without revealing that I had first-hand knowledge of the subject matter. Aunty M. was even willing to engage in discussions about non-binary and transgender identities – things that must be as foreign to her as the Great Depression, which she lived through, is to me.

While coming out to people certainly becomes much less of a drag as one gets older, I had made a prudent decision to withhold information about my sexual orientation from Aunty M. – not because I wanted to hide it from her, but because I was concerned that she would worry over the future of my eternal soul. And she was in her nineties, after all.

One day last year, she asked that I take a look at her newly bought vacuum cleaner, which wasn’t working as it should. Of course, I would be in full lesbian mode (as much as a pocket lesbian could be, at least), groaning, muttering swears under my breath, hovering over the bull-headed hoover, when her voice came from the other side of the room.

“Pixie, don’t you think you’ll ever meet a man you like?”

I considered my options and set the pipe down. There was no working around this specific question without lying, anyway. It was time.

“Okay, now, I don’t want you to worry about this, Aunty M. Please, don’t worry. It has always been this way and I am quite happy. I don’t think I’ll ever meet a man I like, no. That’s because I’m gay. I am a homosexual, I am a lesbian.”

Three different ways of saying it seemed like overkill, but I wanted to make the facts abundantly clear.

She wasn’t aghast, nor was she disappointed, or angry. She said she’d figured as much. That Sunday she started asking questions, wanting to learn more, and she hasn’t stopped.

It’s worth noting that I never told my Nanny Alma I was gay. When I last saw her in 2013, three years before she would pass away, we spent hours discussing her eternal love for my grandfather, who died about a year before I was born – but we never discussed my own love life. As there wasn’t much to tell at that stage, I simply didn’t. I think she knew, though, as does my grandmother on my mom’s side, without me having to say as much. Looking at the home movies Nanny took when she came to visit us every few years, my homosexuality seems quite apparent, even at a young age. For goodness’ sake: in one video, I’m wearing a cute little conductor’s cap Ouma Annie made, with “Miss Muffit” (a rather prophetic typo, it would turn out) embroidered on it.

Of course, I know I’m lucky. Not a single person, not even a 96-year-old lady who was born a full seven years before (white) women were granted the right to vote in this country, has ever rejected or shunned me because of who I am made to love. Most gay members of the Silent Generation daren’t come out, for fear of losing their jobs, going to jail, getting beat up, or worse.

The straight ones were rarely exposed to LGBTQI+ people, if ever. If we expect this generation to understand the world we live in today, we must try to imagine where they come from – which is not to say that we should condone bigotry. But taking a delicate, honest approach can render surprising results.

“It’s hell in the tropics,” is one of her favourite things to say, as is, “never grow old, Pixie – live dangerously!” Within the week, Aunty M. will be moving into another old age home in a bigger neighbouring town, with a chemist and a doctor that are always on call. In her, I have found a confidant, an avid purveyor of naughty rhymes, and a friend.

I don’t have to ask her to know that she has altered her prayers at night, and now probably asks the Lord to send me a nice girl. When divine intervention is required, you know it’s serious. I’d like to second that prayer, and ask the powers that be to bless and keep this force of nature for as long as she prefers to stick around. On the edges, at the fray, and ever willing to expand her perspective on the world.