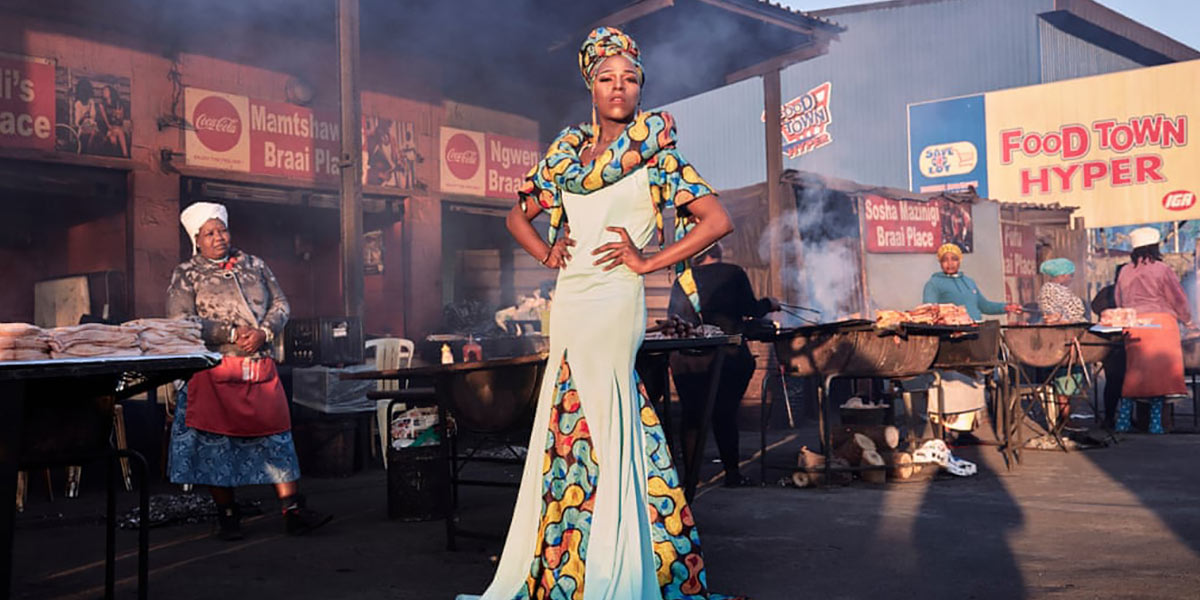 The portrait was taken by Lee-Ann Olwage, described as a “visual storyteller from South Africa.” It shows the activist and drag artist posing at a shisanyama — a community space where women cook and sell meat—in Khayelitsha, near Cape Town.

Titled Black Drag Magic, the image was awarded 2nd Prize in the category of Portraits. It was created as a collaboration between Olwage, Ka-Fassie and other black, queer, gender non-conforming and transgender people.

The aim of the project is to “decolonise drag culture and find a particularly African expression of drag” and “to highlight the need for the African lesbian, gay, bisexual, trans, queer (LGBTQ+) community to find their identities irrespective of their backgrounds, and to reclaim the public space in a community where they are subject to discrimination, harassment and violence.”

Olwage took to Facebook to acknowledge the prestigious prize and to thank her subject and collaborator. “I feel incredibly grateful to be celebrated for my work by World Press Photo amongst so many amazing photographers!” she said.

“I am forever grateful for the privilege to be given access to someone’s world and story and to work on stories I feel passionate about. Thank you Belinda Qaqamba Fassie for your trust with this collaboration. I hope this image celebrates the incredible person you are in every possible way!” Olwage added.

Ka-Fassie told MambaOnline that they were “honoured” by the award. “This project was started from a need to be heard, from a hunger to capture and tell our own narratives. For the portrait to have achieved so much is really heartwarming. I am forever grateful to Lee-Ann Olwage and the girls of #BlackDragMagic, who helped me to break boxes.”

In an earlier interview with MambaOnline, Ka-Fassie described drag as “a personalised artform which automatically makes it a political statement.” They added: “My drag is my artivism, it speaks about my activism and advocacies. I represent a different type of drag that is inspired by the human condition and I want drag queens that see themselves through me to step to the light and be visible.”

The overall winner of the 2020 World Press Photo Contest was Yasuyoshi Chiba’s photograph Straight Voice which shows a young man, illuminated by mobile phones, reciting protest poetry while demonstrators chant slogans calling for civilian rule, during a blackout in Khartoum, Sudan, on 19 June 2019.