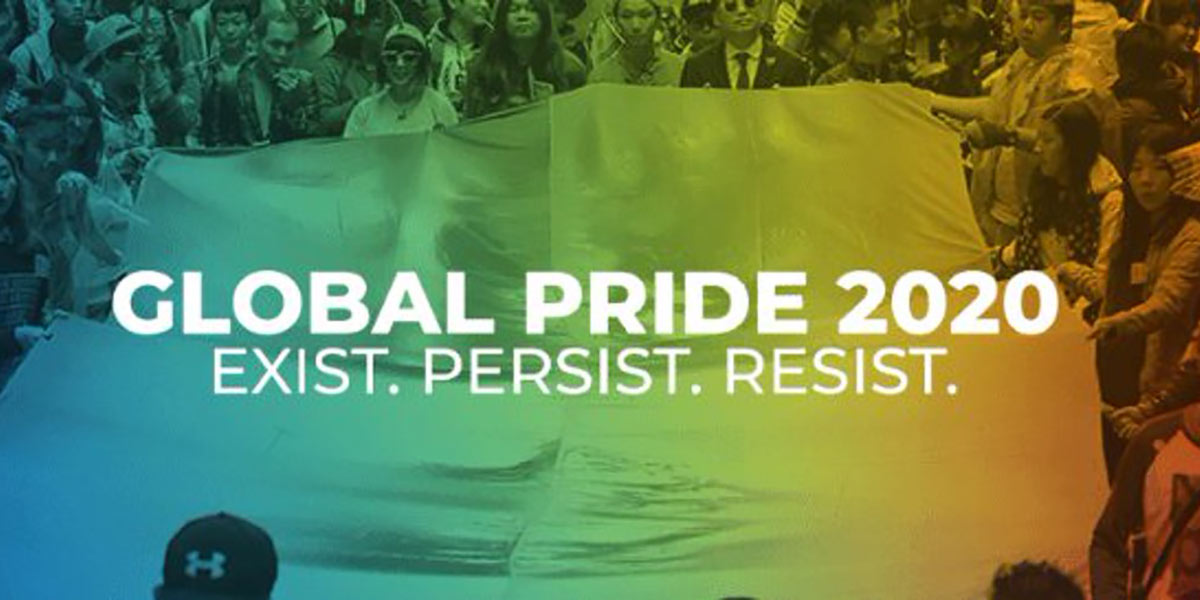 As International Pride Month kicks off, the first online Global LGBTQIA+ Pride has announced the initial line-up of speakers and artists appearing in the event on June 27. And it’s expected to attract up to 300 million viewers.

All were approached by Pride organisations in their own country take part. More leaders will announce their participation in the coming weeks.

Global Pride was launched by national and international Pride networks after hundreds of Pride events were cancelled or postponed due to COVID19. Organisers are planning a 24-hour stream of content created by Prides globally, together with speeches from world leaders, activists and human rights defenders, reflecting the organisers’ statement that “Pride events might be cancelled but the spirit of Pride will live on”.

Organisers estimate that there are more than 1,500 Prides globally, and all are invited to be a part of the virtual event.

“Every Pride organiser in the world can tell you a story of someone whose life changed when they visited Pride, and so with so many Prides being cancelled or postponed, as organisers we felt we had a responsibility to come together and deliver Pride online,” said Kristine Garina, President of European Pride Organisers Association. “We’re tremendously excited for the potential for Global Pride to bring people together in the biggest Pride there has ever been.”

Julian Sanjivan, Co-President of InterPride, added: “By taking Pride online, not only are we making sure that LGBTQIA+ people everywhere can still experience the joy and community of Pride, but we also for the first time are enabling people to take part in Pride wherever they are. This means people who aren’t out, or who are living in socially conservative countries, can take part. The support of these incredible world leaders and performers will mean so much to marginalised LGBTQIA+ people everywhere.”

The show will be live-streamed on the Global Pride website, on YouTube and on other platforms to be announced, and will be free to view.

“Pride started as a grassroots coming-together to liberate our people,” said Michelle Meow, Executive Producer of Global Pride. “It’s remarkable that we’re doing exactly that during this pandemic. We are bringing a grassroots presentation of Pride to living rooms and digital devices everywhere. Performers on the global stage are invited to join in this historic event to share their message of affirmation, empowerment, and solidarity.”

Two months ago, when Global Pride was launched, organisers expected viewers to be watching from home. But with lockdown lifting in some countries, they anticipate that some people may be able to watch in groups of friends and that bars and venues in some cities may show the event on big screens. They’re, however, still encouraging all viewers to follow the social-distancing and other guidelines from their governments.

Daily announcements throughout June, will build up the excitement as the Global Pride Team drop the names of major artists and other contributors who’ll be appearing on June 27.

Here’s what you need to know about Global Pride 2020