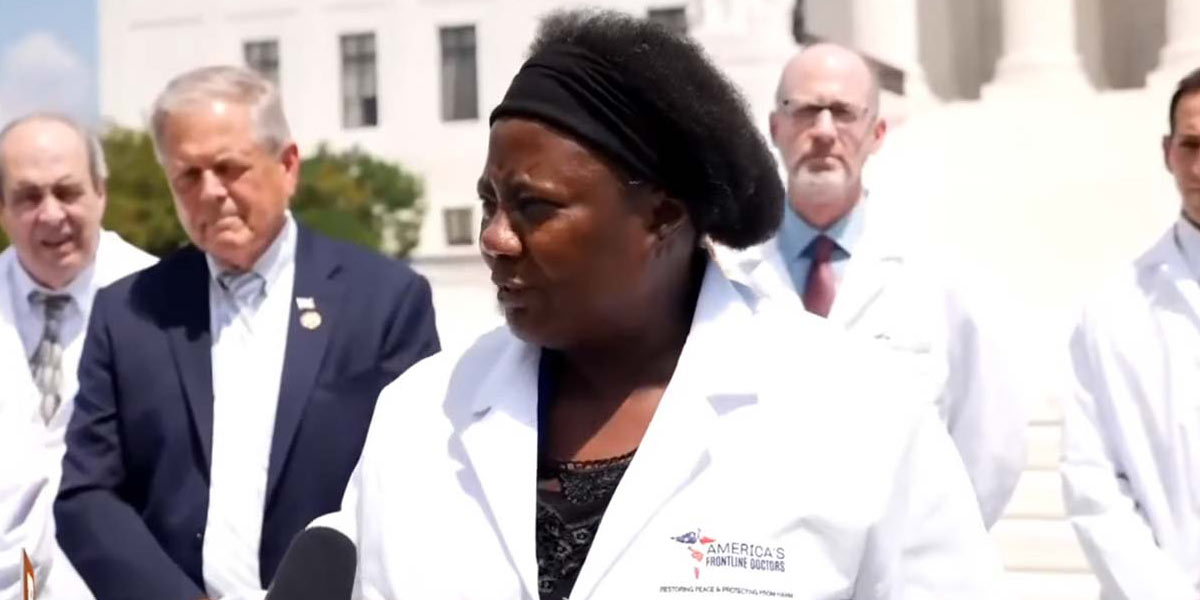 Dr Stella Immanuel, a homophobic doctor and preacher, has found global infamy after appearing in a dangerous viral video claiming that there is already a cure for Covid-19.

In the clip, the Texas-based Cameroonian-born Immanuel, passionately claims that the anti-malaria drug hydroxychloroquine cures Covid-19, despite research to the contrary.

She also dismisses studies showing that it does not work as “fake science,” slams “fake doctors” and insists that “you don’t need a mask” as “there is a cure.”

The video – which has been watched millions of times – was first posted by right-wing American news site Breitbart, and was retweeted by President Donald Trump, and even shared by the likes of Madonna. In South Africa, the EFF’s Deputy President Floyd Shivambu said she is “cogent & persuasive and we should believe her…”

Immanuel spoke in the video as a member of America’s Frontline Doctors, a group that rejects accepted science around the Covid-19 pandemic, at an event supported by a pro-Trump conservative group called Tea Party Patriots.

Apart from Immanuel’s discredited stance on Covid-19, her dubious views and bizarre conspiracies about a range of other issues have now come to light.

Immanuel, 55, is also a preacher who runs the Fire Power Ministries near her clinic in Houston and describes herself as a “prophet of God.”

Her church’s website states it is against unmarried couples living together and “homosexuality. She has preached a “Deliverance Prayer against Homosexuality and Sexual Perversion” and has stated that “practising and celebrating [homosexuality] will take you to hell.”

Some of the paediatrician’s sermons have included references to demons and she claims that medical conditions such as endometriosis are caused by “evil deposits from the spirit husband.”

It’s also been reported that Immanuel has asserted that doctors use alien DNA to make medicines, that the government is run by reptilian aliens and that there are efforts to create a vaccine to stop people from being religious.

This has infuriated Immanuel who’s demanded that Facebook reinstate her profile page and videos or else Jesus will bring down the company.