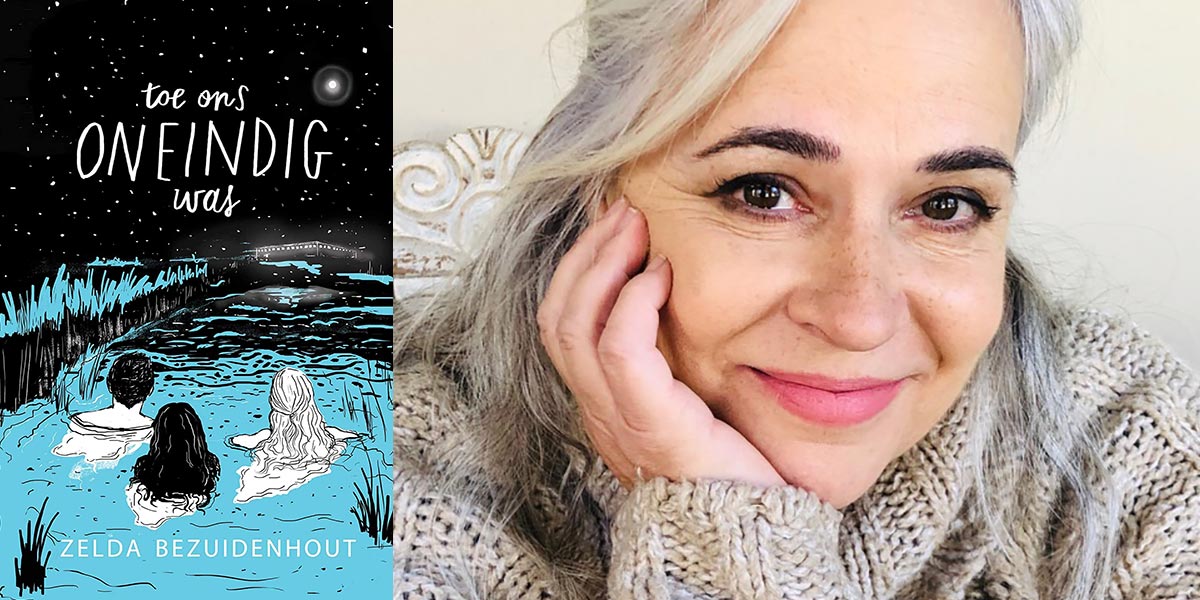 A newly released local young adult novel is breaking new ground by featuring a lesbian main character – a first for this genre in Afrikaans.

Toe ons oneindig was, by writer Zelda Bezuidenhout introduces young readers to Kara, a relatively “sorted out” girl in matric in Lichtenburg. Together with her best friend, Eduard, Kara dreams about escaping their small town to see the world – Kara, possibly with a swimming bursary, while Eduard fantasises about becoming a pilot.

As they stand on the precipice between adolescence and adulthood, the two friends cannot wait for something exciting to happen.

Kara is a typical people pleaser, adhering to all the standards set for her young life, but becomes acutely aware of her own feelings and needs when Samantha enters their school, moving from a town nearby. The stunning Samantha plays by her own rules and immediately makes an impression on Eduard, but Kara gradually realises that she may, for the first time in her life, be having a crush on someone.

Toe ons oneindig was’s primary agenda is to tell a story of loyalty and friendship that transcends boundaries and makes us feel free, but the addition of a lesbian main character and her awakening to who she really is makes this YA novel unique in Afrikaans.

While the late writer Barrie Hough’s novels for teenagers, many of which featured gay male characters, were often prescribed books at schools, there is a definite lack of young female queer characters in Afrikaans books written for the youth. In this regard, Bezuidenhout’s novel fills a prominent gap.

Speaking to LitNet, Bezuidenhout says that she wanted to tell a young girl’s coming-of-age story.

“I wanted to write a story about a matric girl that has never been in love. Believe me, it’s quite rare. People often have their first crush long before matric. As Kara’s story unfolded, I came to realise (as did Kara) that there’s a good reason why she has never been in love with a guy.”

Toe ons oneindig was will be a welcome addition to the bookcases of young Afrikaans readers, and may also be useful to parents of queer teens. It is available in bookstores and online.