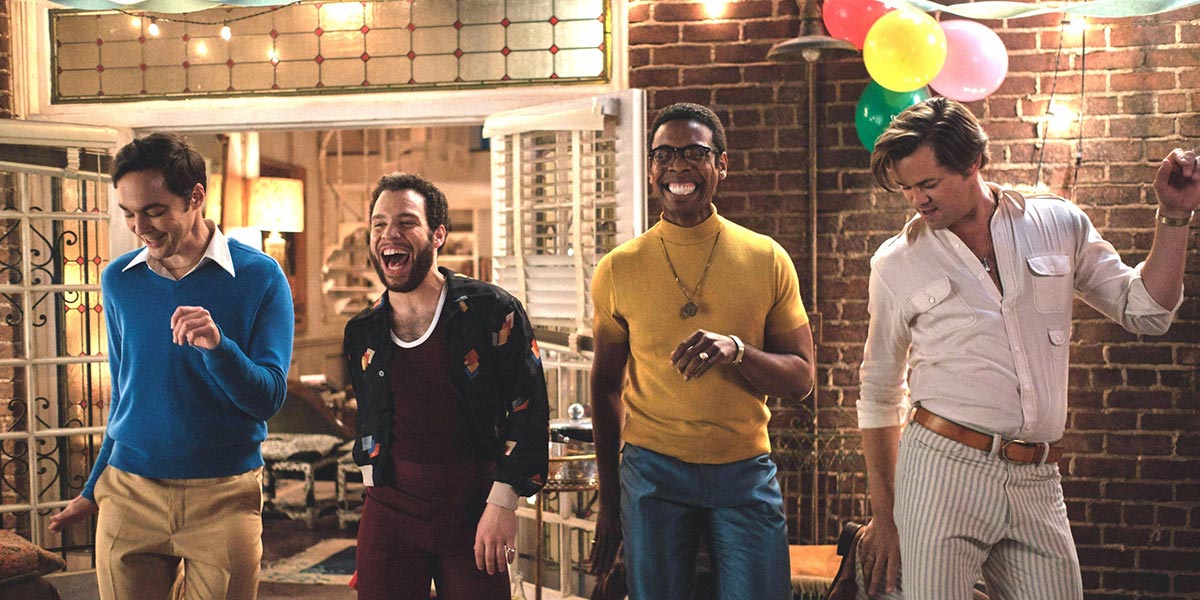 More than fifty years after the play became an unexpected smash hit for putting gay men’s lives centre stage with honesty and humour, a new adaptation of The Boys in the Band is now streaming on Netflix.

While watching the remake of the 1970 film The Boys in the Band (which is, in turn, an adaptation of the critically acclaimed 1968 off-Broadway play by Mart Crowley), one experiences a persistent feeling of dread for the characters and the way in which each struggles with his individual anxieties about being gay.

Certainly, a period piece, the latest Ryan Murphy-produced incarnation of The Boys in the Band, features a star-studded cast, including Jim Parsons, Zachary Quinto and Matt Bomer, while remaining true to the sentiments of the original play and film.

When Michael (Parsons) throws a birthday party for Harold (Quinto), the worms come out of the woodwork as soon as the drinks start flowing and the guests begin contending with their own personal neuroses against the backdrop of an America where being homosexual is still punishable by law.

Each character comes with his own set of issues, which become apparent as the evening goes on. From the get-go, it is clear that there’s some tension in Larry (played by Andrew Rannells) and the straight-acting Hank’s (Tuc Watkins) relationship. Bernard (Michael Benjamin Washington) and Emory (Robin de Jesús) provide a glimpse into being doubly suppressed in terms of race and sexuality, as Donald (Matt Bomer) relies on psychotherapy to help him navigate his own concerns about being homosexual.

While there are plenty of quips, one always gets the feeling that there is some sting behind every joke. It soon becomes clear just how much this group of friends loathe themselves, and when Michael’s old (straight) college roommate, Alan (played by Brian Hutchinson), arrives after calling him distraughtly, the stage is set for high drama.

Even if society has made great legal strides, ensuring the rights of the LGBTQI+ community, since the play first debuted – the Stonewall riots, widely considered to be the start of liberation for the gay community in the US, took place just a year after the play was first put on – many queer people will feel a familiar pang upon seeing the ingrained internal homophobia that many of the characters in The Boys in the Band experience.

The cast consists entirely of out gay men – a poignant decision, considering that none of the play’s original gay cast members ever came out. Five of these men, together with the director Robert Moore and producer Richard Barr, would later become victims of the AIDS pandemic.

One of the most enduring legacies of the Stonewall riots is the annual institution that sprung from that seminal event. As we march in Pride parades today, it is easy to forget how different things were just a few decades ago, and how dangerous and toxic shame about one’s sexuality can be. The Boys in the Band reminds us why protesting against systems of oppression is always necessary.

In a 2015 review of the original film version, Bill Weber wrote, “The partygoers are caught in the tragedy of the pre-liberation closet, a more crippling and unforgiving one than the closets that remain.” These words may best encompass what to expect from the 2020 version of The Boys in the Band: something that feels familiar, albeit to a far more debilitating degree than we might have ever experienced as modern members of the LGBTQ tribe.

The Boys in the Band is available to stream on Netflix.