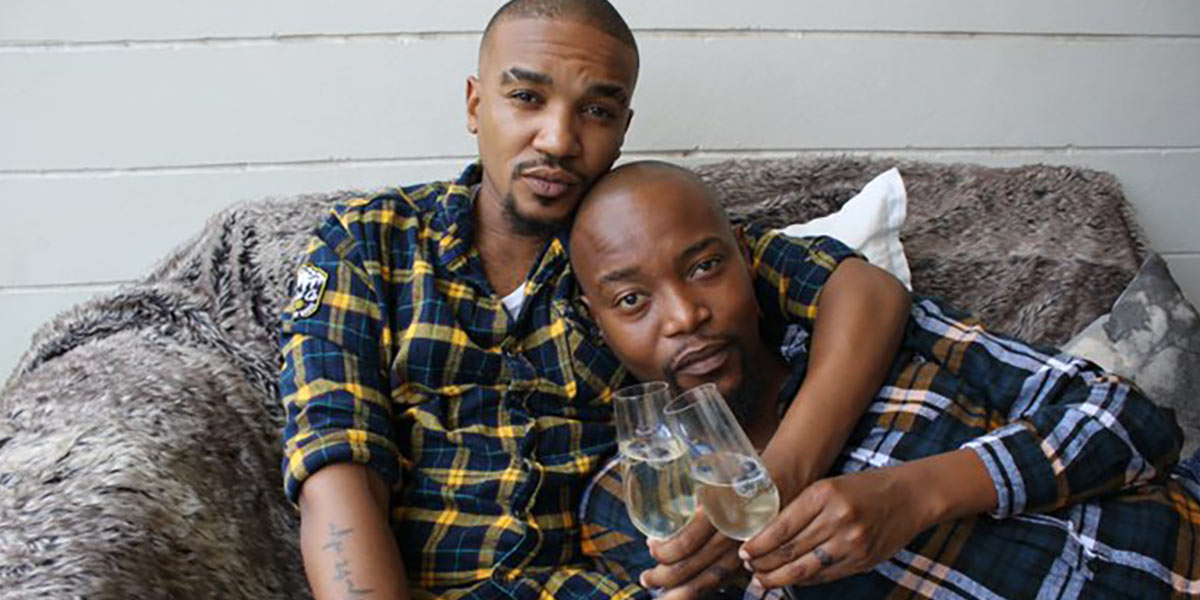 Social media is reeling after discovering that not only are controversial queer celebrity couple Moshe Ndiki and Phelo Bala back together but that they are also married.

In July, it was revealed that the duo had split acrimoniously and were embroiled in a legal battle centred on domestic abuse claims.

It was alleged that Moshe had assaulted Phelo with a candle stand, leaving him with a wound that required stitches. The incident is said to have taken place in May at their home in Johannesburg and was apparently sparked by an argument about alcohol consumption.

It was also reported that legal papers were filed by both men against each other. Moshe counterclaimed that he’d been assaulted by Phelo on various occasions, again with alcohol alleged to be a factor in the fights.

But now it seems like all has been forgiven. The couple are back on social media proclaiming their love for one another. On Friday, Phelo posted a loved-up photo on the couch holding glasses of champagne, titled “‘It’s us against the world’ baby”.

Earlier, Moshe also revealed that they were celebrating their one-year wedding anniversary on Saturday. Along with a moving video compilation, he quoted the Biblical saying, “What God Has Put Together Let No Man Put Asunder,” and wrote: “Happy One year wedding annniversary my love, always has been you, always will be you.”

They further shared a video of their intimate marriage ceremony in which they are seen exchanging their vows. The couple, who had once inspired and charmed South Africans as a model same-sex relationship, had never previously been public about their marital status.

The posts shocked many on social media. Some questioned if all the drama surrounding their relationship has been a publicity stunt (Phelo announced the release of new music on Thursday) and what kind of message the couple are sending out by getting back together following the domestic abuse allegations.

Others asked why Moshe and Phelo were being judged on their private life and personal decisions in the first place. So, do they owe us an explanation? While this should indeed be “their business,” the reality is that when we so publicly play out our relationships on social media, they do, unfortunately, become everyone’s business.

Nevertheless, we congratulate Moshe and Phelo on their anniversary and wish them all the best for the future.