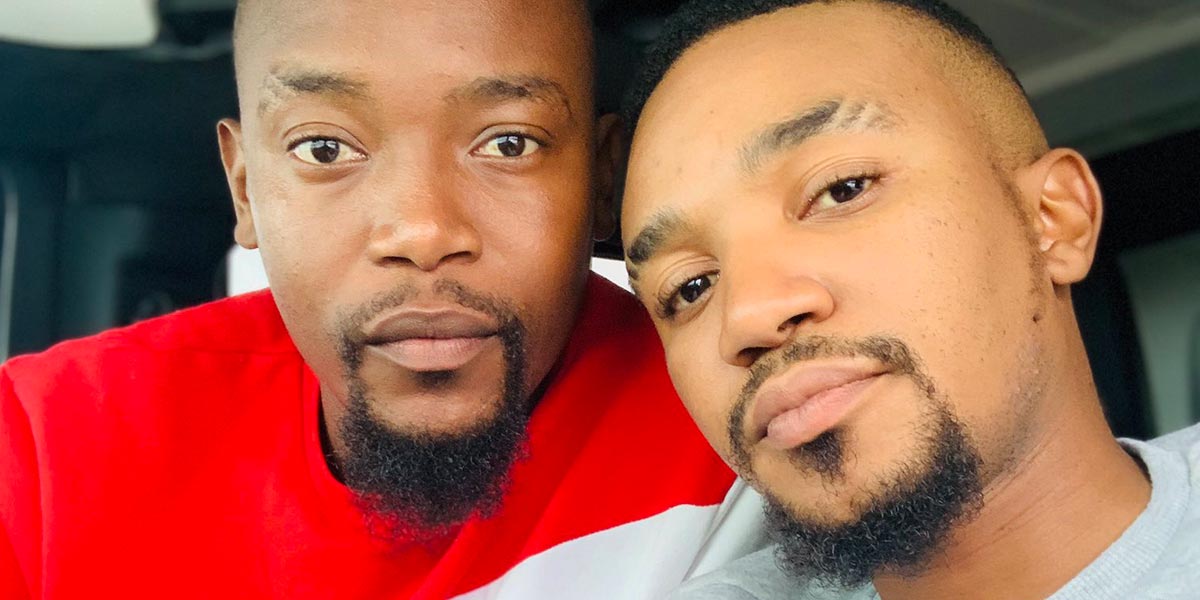 In a heartbreaking turn, one of South Africa’s most high profile gay couples – Moshe Ndiki and Phelo Bala – are embroiled in a legal battle centred on domestic abuse claims, and it’s all being played out in the media.

Phelo is a singer and is part of the well known Bala Brothers trio, while Moshe is a TV presenter, actor and social media celebrity.

The two men have made headlines over the last year and a half as their love story inspired and charmed South Africans as a model same-sex relationship. The reality, unsurprisingly, is that they are indeed human beings like everyone else.

They got engaged in September 2019 when Phelo proposed to Moshe at a surprise sunset picnic overlooking the Johannesburg skyline. In January, they celebrated their one-year anniversary by being featured in the February #LoveLivesHere issue of Bona magazine.

Sadly, the shocking troubles in their romance are now being exposed on social media and in the press with nasty accusations of violent fights and domestic abuse.

The Sunday Sun first reported that Moshe had allegedly assaulted Phelo with a candle stand, leaving him with a wound that required stitches. The incident is alleged to have taken place in May at their home in Johannesburg and was apparently sparked by an argument about alcohol consumption.

Court papers have since been filed by both men against each other. Moshe has counterclaimed that he’d been assaulted by Phelo on various occasions, again with alcohol alleged to be a factor in the fights.

In a statement subsequently posted on Twitter, Moshe said that “these are matters of a private nature and I have been advised that because there are pending court proceedings I should not comment.”

He did, however, insist that he had “in no way abused Phelo and I am prepared to follow the legal processes to prove this fact.” He further suggested that Phelo has a long-standing problem with becoming aggressive when under the influences of alcohol.

He asked to be given “time and space to deal with these trying times with those closest to me, whilst processing what’s going on.”

Phelo, meanwhile has been less vocal, but posted on Twitter on Monday: “The fact that the truth is complex is not an excuse to resort to comfortable lies. Lies can disguise themselves as truth but eventually, the truth comes to light.”

Whatever the truth behind the troubling allegations, it’s a tragic situation that no-one saw coming.