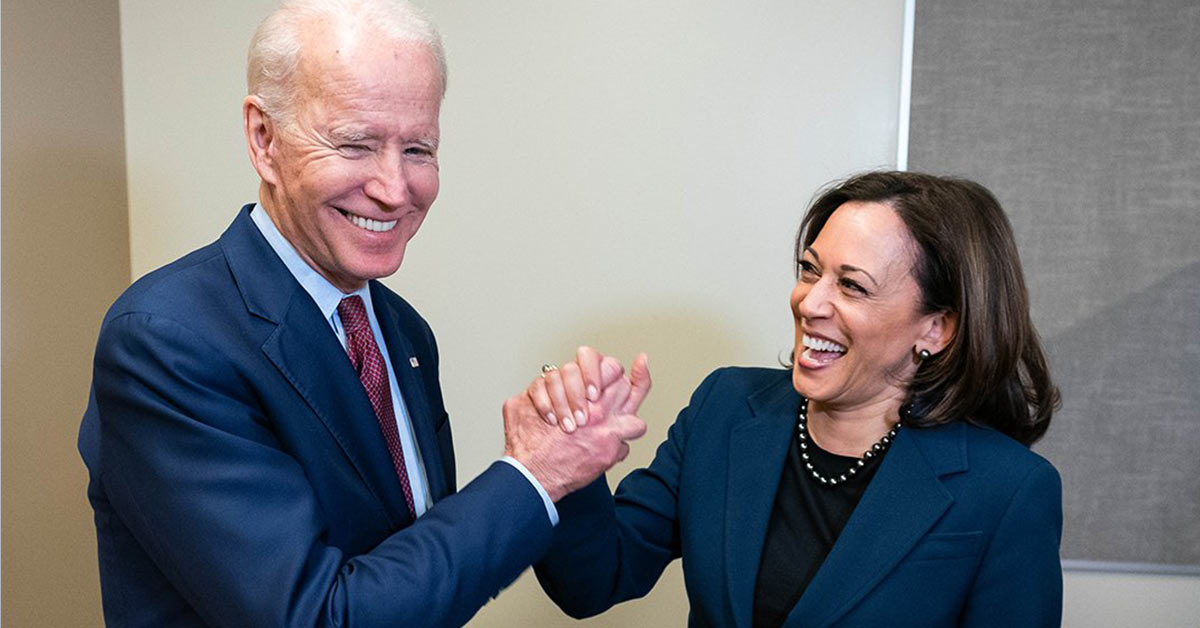 The election of Joe Biden as president and Kamala Harris as vice president augers well for LGBTQ+ equality in the United States and around the world.

The duo not only won the popular vote in last week’s nail-biting US presidential election but also sufficient Electoral College votes to secure the White House.

In the wake of the sustained attack on LGBTQ+ equality by the Trump administration over the last four years, America’s largest LGBTQ+ rights group, the Human Rights Campaign (HRC), described the Biden-Harris campaign as “the most pro-equality ticket in history”.

HRC President Alphonso David welcomed their election victory and said that “President-elect Biden and Vice President-elect Harris are not just willing to be our allies, but they are true advocates for equality. And they’ve done it for decades.”

Biden is a long-time supporter of the LGBTQ+ community and has backed marriage equality, hate crime and anti-discrimination laws and spoken out against the abuse of LGBTQ+ people’s rights. Ahead of the election, he promised to take steps to improve the lives of LGBTQ+ people around the world.

In an October 28 interview with Philadelphia Gay News, Biden said that he would make the enactment of the Equality Act “a top legislative priority during my first 100 days”. The legislation, when passed, would finally give LGBTQ+ Americans federal protection against discrimination.

Biden also promised to pressure countries that criminalise and abuse LGBTQ+ people, including using sanctions to do so. “As President, I’ll restore America’s global leadership on LGBTQ+ issues and actively combat violence and discrimination that is far too rampant,” he said

“I will lead a coalition of like-minded governments and international organisations to advance protections for LGBTQ+ people. This includes the decriminalisation of identities and relationships and responding swiftly to threats against LGBTQ+ rights.”

Biden added that his administration, working with partners, “will use America’s full range of diplomatic tools” to influence governments that restrict the rights of LGBTQ+ individuals

“We will also use direct pressure tactics as appropriate, including sanctions, to respond to violations of human rights, including LGBTQ+ rights. I’ll stand up to bullies and once more put human rights at the centre of America’s engagement with the world,” he said.

The president-elect further committed himself to tackle the horrifying wave of violence against transgender and gender non-conforming people, especially those of colour, within the first 100 days of being in office.

“I believe that Trans Lives Matter and, as president, I will fight on behalf of every vulnerable person in this country,” said Biden.

Harris, who has become the first woman and first woman of colour to be elected vice-president in the US, famously officiated some of the first legal same-sex weddings in California as that state’s attorney general.

Since becoming president in 2017, President Trump and his administration have worked to revoke protections for LGBTQ+ people in America, many of them secured by the Obama administration (in which Biden was vice president). This includes banning transgender personnel in the military and supporting LGBTQ+ discrimination in schools, employment, healthcare and other services based on so-called “religious freedom”.