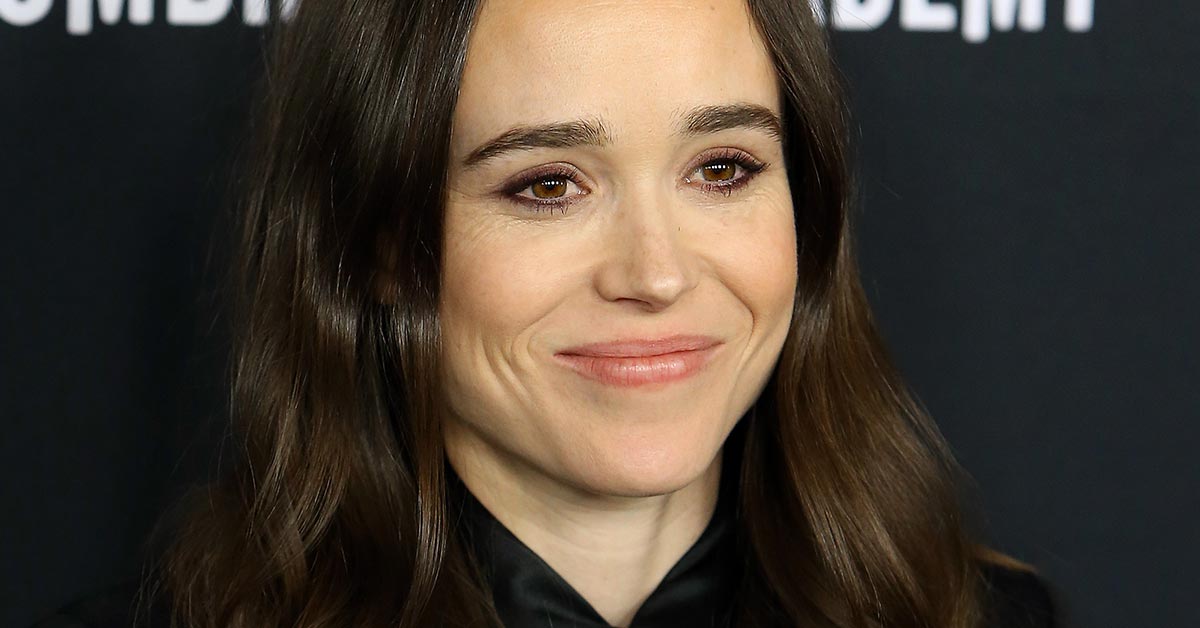 The Oscar-nominated star of The Umbrella Academy, Elliot Page (formerly known as Ellen Page), has revealed that he identifies as transgender and non-binary.

In a moving letter posted on social media, Page, who has also starred in films like Juno and X-Men: Days of Future Past, wrote: “Hi friends. I want to share with you that I am trans, my pronouns are he/they and my name is Elliot.”

The 33-year-old actor continued: “I feel lucky to be writing this. To be here. To have arrived at this place in my life. I feel overwhelming gratitude for the incredible people who have supported me along this journey. I can’t begin to express how remarkable it feels to finally love who I am enough to pursue my authentic self.”

Page admitted that despite his happiness at becoming his authentic self, he is fearful of the negative response that may result from coming out.

“I also ask for patience. My joy is real, but it is also fragile. The truth is, despite feeling profoundly happy right now and knowing how much privilege I carry, I am also scared. I’m scared of the invasiveness, the hate, the ‘jokes’ and of violence.”

Page went on to point out that trans people are faced with shockingly high rates of discrimination, hate and violence – especially among Black and Latinx trans women.

“To the political leaders who work to criminalise trans healthcare and deny our right to exist and to all of those with a massive platform who continue to spew hostility towards the trans community: you have blood on your hands. You unleash a fury of vile and demeaning rage that lands on the shoulders of the trans community, a community in which 40% of trans adults report attempting suicide. Enough is enough. You aren’t being ‘cancelled,’ you are hurting people. I am one of those people and we won’t be silent in the face of your attacks.”

Page concluded: “I love that I am trans. And I love that I am queer. And the more I hold myself close and fully embrace who I am, the more I dream, the more my heart grows and the more I thrive. To all the trans people who deal with harassment, self-loathing, abuse, and the threat of violence every day: I see you, I love you, and I will do everything I can to change this world for the better.”

Page, who came out as gay in 2014, married Emma Portner – a Canadian professional dancer and choreographer – in 2018. His wife took to social media to share her love for her husband.

“I am so proud of @elliotpage. Trans, queer and non-binary people are a gift to this world. I also ask for patience & privacy but that you join me in the fervent support of trans life every single day. Elliot’s existence is a gift in and of itself. Shine on sweet E. Love you so much,” wrote Portner.

“Elliot Page has given us fantastic characters on-screen, and has been an outspoken advocate for all LGBTQ people,” commented Nick Adams, GLAAD’s Director of Transgender Media. “He will now be an inspiration to countless trans and non-binary people. All transgender people deserve the chance to be ourselves and to be accepted for who we are. We celebrate the remarkable Elliot Page today.”

According to Variety, Page will continue to play his The Umbrella Academy character of Vanya Hargreeves who is a cisgender woman in the hit Netflix series.

“Trans actors can and do play both trans and cisgender characters. I’m sure Elliot will continue to be brilliant in Umbrella Academy and many different types of roles in the future,” commented Adams.