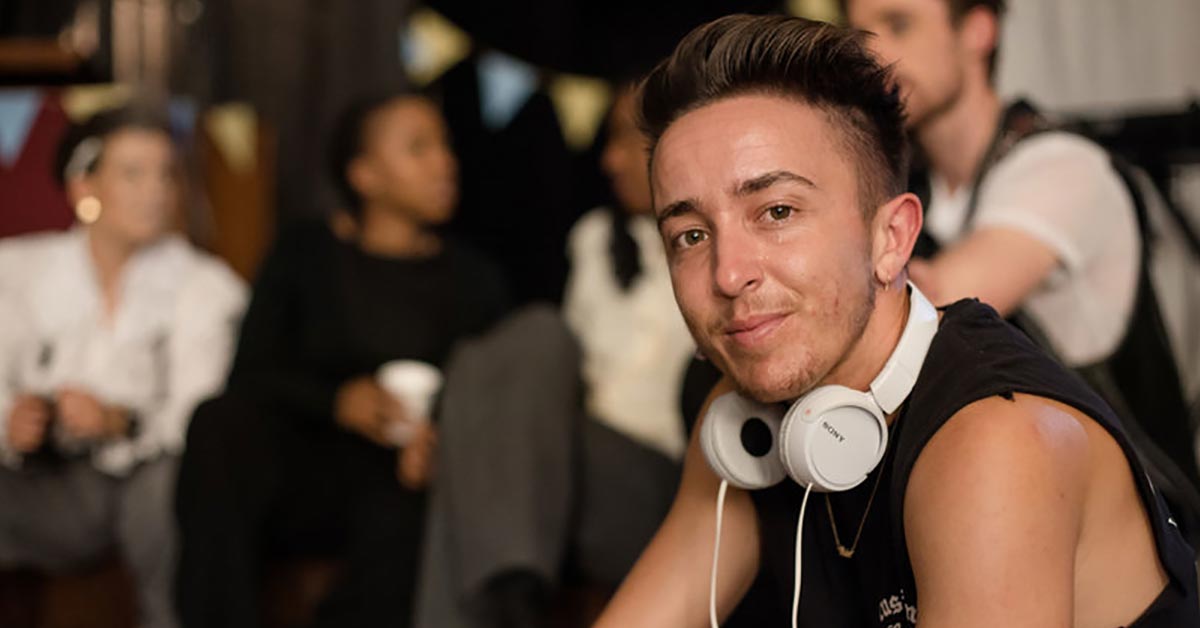 Gabe Gabriel, a UCT graduate, is the writer and director of No Hiding Here

Gabe Gabriel, a graduate of the University of Cape Town (UCT), has written and directed South Africa’s first gay romantic comedy (rom-com), No Hiding Here, which is available to watch on the streaming platform Showmax.

Gabriel attended UCT from 2009 to 2012, graduating with a BA in Theatre and Performance (acting stream). Since graduating, he has built up an impressive résumé. He has worked as an actor and toured with two theatre shows: to the Edinburgh Festival Fringe and the International Dublin Gay Theatre Festival. He also moved to Los Angeles (LA) for five years where he studied with top LA acting coach Howard Fine, found his love for screenwriting and placed well in some of the major screenwriting contests in LA.

In 2019 he returned to Cape Town to begin work on an M-Net series that is yet to be released, working alongside writers Christiaan Olwagen (Kanarie) and Kelly-Eve Koopman.

“To be part of such a queer and inclusive team making South Africa’s first gay rom-com was one of the best experiences of my life so far.”

Back home, Gabriel also came out publicly as transgender, which he said has opened up a whole new world for him in South Africa. Since then, there have been many personal milestones, such as being warmly welcomed into the country’s ball scene (“a deeply significant queer subculture brought to us by the trans kings and queens of the ’80s”) by the late Mother Kirvan Fortuin (another UCT alum) who pushed Gabriel to walk – and win – the Pretty Boy Realness Category at the House of le Cap balls of 2019 and 2020.

“Being my authentic self gave me the ability to connect with my work and the queer community in a much more truthful way, and that’s really been a gift that’s kept on giving, finally culminating in an offer to write and direct South Africa’s first gay rom-com for Showmax,” he said.

To find out more about No Hiding Here, which features three other UCT graduates – actors David Viviers, Phumzile Sitole and Loren Loubser – UCT News caught up with Gabriel.

Carla Bernardo (CB): How does it feel to be the brains behind South Africa’s first gay rom-com?

Gabe Gabriel (GG): Hah. I’m very happy to say that this was such an extremely collaborative process that I’m only one part of the brains behind No Hiding Here. But to be part of such a queer and inclusive team making South Africa’s first gay rom-com was one of the best experiences of my life so far. [Most of] the team are queer (which was a prerequisite of my directing the film); we had pronouns listed on call sheets; we had queer characters played by queer actors only … It felt like a step towards making a major shift in the industry. The story is our baby, yes, but the process felt so much bigger than any of us. The set became a queer safe space and I think that ease and care shine through in the film. That’s what I’m most proud of here. I hope I can make all my sets feel that way somehow.

“So much … queer content centres [on] queer trauma rather than queer joy or even regular day-to-day queer life.”

CB: What inspired the creation of No Hiding Here?

GG: Nagvlug Films producer Zandré Coetzer approached me with the idea to write a “warm and fuzzy” gay South African romantic comedy for Showmax. Working on other projects, we had often discussed that so much commissioned/commercial queer content centres [on] queer trauma rather than queer joy or even regular day-to-day queer life with ups and downs just like anyone else’s.

While stories about the hardships of queer history are obviously valid and important, we agreed that positive representation that “normalises” the lived experience of people who are queer beyond the closet [is equally important]. I felt it was important to strike a balance here though. I’m not a fan of content that ignores or downplays queerness (No Hiding Here certainly deals with a multitude of queer-specific themes), but I knew I wanted to write a story that features multiple queer characters at different stages of self-discovery for a variety of reasons. 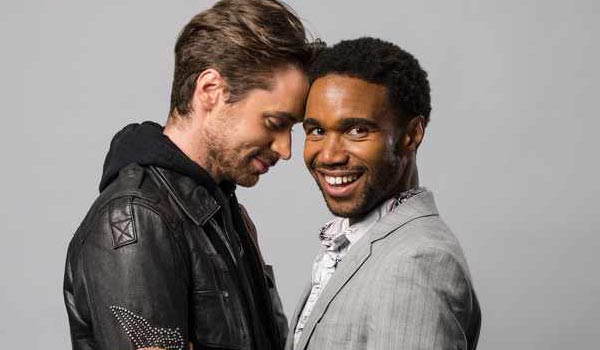 David Viviers and Earl Gregory star in No Hiding Here

So I got together with two other queer writers – Kelly-Eve Koopman and Nico Scheepers. We brainstormed ideas that would keep our story small and contained (for budget reasons!) but still feel, to some degree, universal and magical. And as with all of my writing, I always take from moments that have happened to me in real life. Let’s just say I’ve accidentally played some loud and explicit adult content through my laptop at a really inappropriate moment, so … that’s sort of what inspired the “inciting incident” of No Hiding Here.

“What became instantly clear was that we are so eager for queer content, so hungry for that sense of representation that says: ‘I see you; you and your love are valid.’ ”

CB: What has been the feedback on the movie so far?

GG: To see how many queers dropped their plans … to support the film, to tune into a story that was made by us and for us – it was beautiful. And the feedback has simply been that they want more. What became instantly clear was that we are so eager for queer content, so hungry for that sense of representation that says: “I see you; you and your love are valid.” And the other great thing was to see that there hasn’t yet been any major backlash, which I’m hoping will send the message to the powers that be at M-Net and Showmax that their audiences really can handle more than they think. So often work like this isn’t made out of fear [that audiences won’t understand or accept] our stories. But look at them — they’re loving it. No harm done.

CB: What do you hope viewers will take away from the movie?

GG: Films about the queer community are so often centred around “otherness”. Gay films, in particular, have largely been about AIDS, unrequited love with a straight person or the pains of hiding from or coming out to loved ones. The well of gay loneliness has been drawn out in commercial cinema for as long as non-queer actors have been winning Oscars for their portrayals thereof.

“This love story speaks to the delicate sensibilities we all share – anticipation, hope and dreams on the verge of adulthood.”

No Hiding Here strikes a more universal balance. It hits the mark between two truths in an attempt to bring nuance in the form of not just a light-hearted but a big-hearted gay film. Its emotional crux does not rely solely on the particulars of the difficulties of queerness, yet it also doesn’t pretend that those particulars don’t come with a complex set of challenges of their own. This love story speaks to the delicate sensibilities we all share – anticipation, hope and dreams on the verge of adulthood, the promise of renewed passion and romance, the whirlwind fantasy of adventure, and the potential for loneliness that at any age can give you that sweet kick in the butt to get your act together and fight for true love even if it’s knocked you down before.

“Queerness at its core spurs its custodians to question, to look deeper inside ourselves, ask why we love, why we express ourselves the way we do, and how to exist in an honest way.”

Queerness at its core spurs its custodians to question, to look deeper inside ourselves, ask why we love, why we express ourselves the way we do, and how to exist in an honest way in [the] context of whatever community we find ourselves in. This is why these are the perfect characters through which to discover the story’s most important revelation: that all of us – queer or otherwise – have parts of ourselves that we hide from others, making ourselves smaller, weaker and disconnected when, in fact, our universal freedom, our individual strengths and the light that shines within each of us could all be unleashed if we just acknowledged and shared those intimate truths with [one another].

The personal experience I bring to No Hiding Here is not just in my own history of sometimes [gut-wrenching] and other times glorious queer love, but also my unique grasp of performativity as a person of transgender experience.

I believe that we all code-switch; we button up (and down) in different scenarios with different characters in our own lives; we contort for approval in work, relationships, friendships and even chance encounters.

Insecurity seems to be our nature; and radical self-acceptance its antidote.

This interview by Carla Bernardo was first published by UCT News.