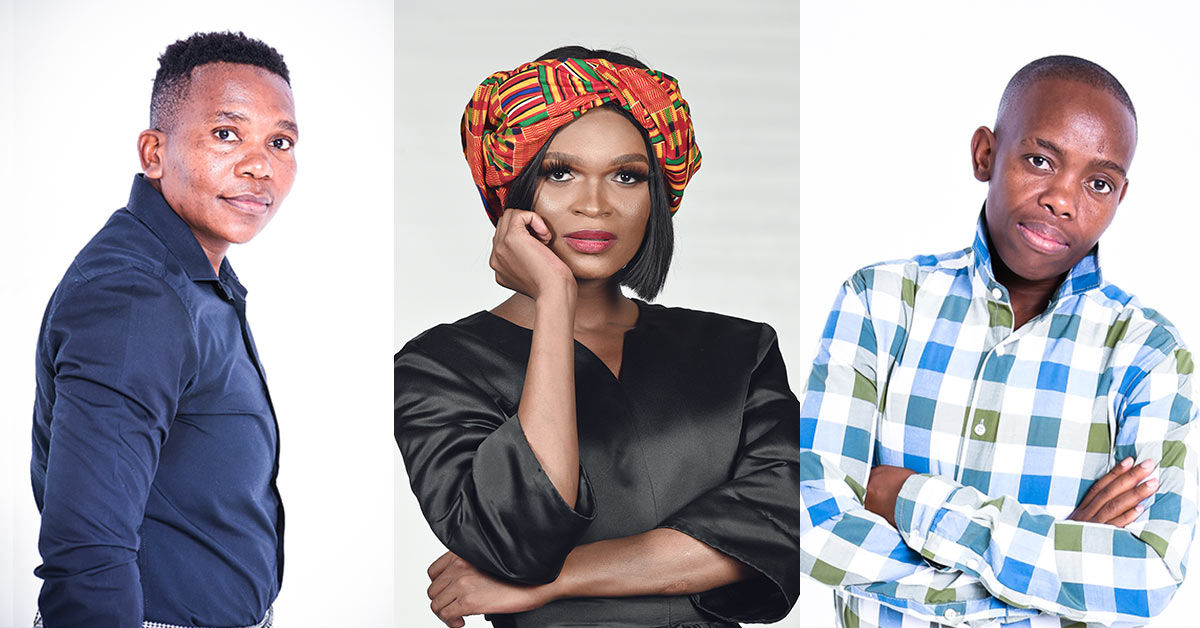 A new reality show, Becoming, is set to give viewers a first-person account of the journey that transgender South Africans have to go through as they transition to the gender they identify with.

While many South Africans often have to endure the challenges that come with affirming one’s true gender on their own, the process also affects their family and friends.

Becoming will follow the lives of four trans individuals – Gina Sokoyi, Ramazan Ngobese, Yaya Mavundla and Gugu Kumalo – as they face many obstacles and find ways to overcome them.

When the first episode hits the small screen, emotions will run high for members of the cast and crew on the set of Becoming as they remember and later pay tribute to Gina Sokoyi, one of the four trans people, who sadly passed away late last year while the show was being shot.

A resident of Welkom in the Free State, Gina worked as a junior lecturer at the Central University of Technology in her town, and she was studying towards her Master’s Degree in Language Practice.

Mavundla, another of the show’s stars, is known as a socialite, publicist, activist and organiser of the Mzansi Queer Festival.

“When I first received a phone call from [producer] Mam Basetsana Khumalo to be part of this show I was in disbelief. I was so scared and excited at the same time. I sat and thought deeply, and I realised the impact of my contribution to many transgender people in South Africa,” says Mavundla,

She reveals that viewers will see her dealing with the search for the mother she never got the opportunity to meet as well as the dynamics of dating as a transgender woman.

This 13-part half-hour reality show will, “without judgment, delve deeper into the psyche of being a transgender person, as well as the barriers they need to overcome in order to live as their true selves,” say the producers.

“The most compelling aspect about our content offering is that we give viewers content that is relevant to their lived experiences. Our reality shows have grown in popularity over the past few years and this compelling series will not only entertain, it will inform and educate. It will hopefully help viewers understand how trans South Africans navigate through prejudice in their respective communities,” says Nomsa Philiso, the Director of Local Entertainment Channels at M-Net.

Viewers should expect an honest and heartfelt show that will reveal all aspects of the gender transition journey – from taking a closer look at the psychological impacts and gender dysphoria to hormonal changes and the emotional toll on each individual.