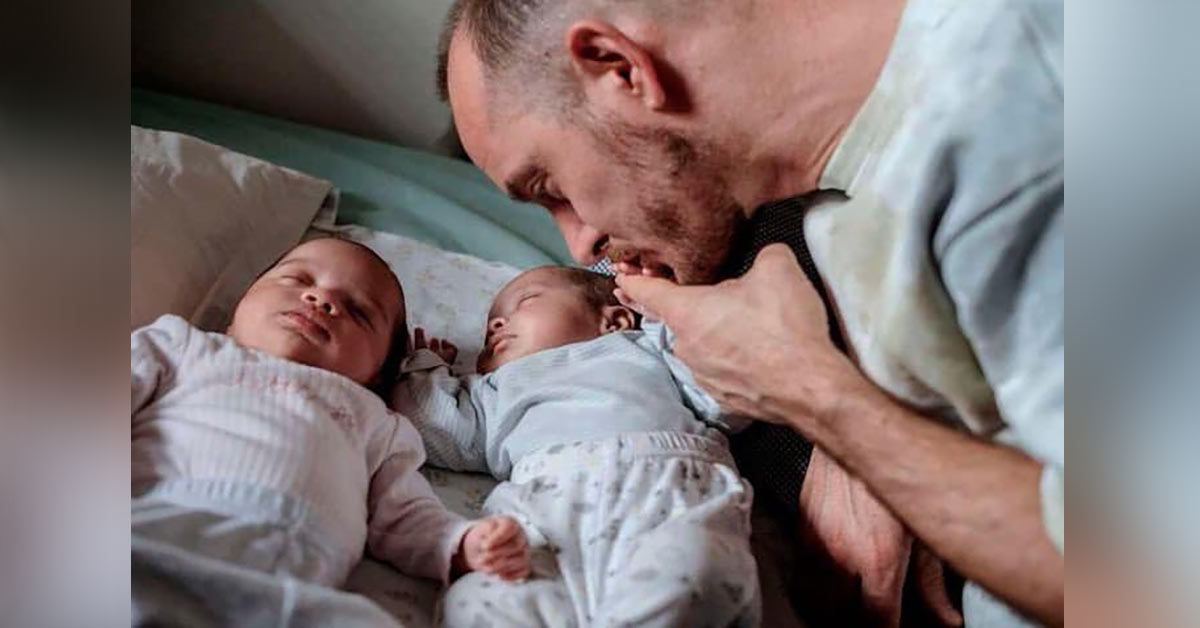 A same-sex family’s hopes have been crushed. The High Court in Namibia has cruelly ruled against their desperate bid to bring their baby girls home to meet their father and brother.

On Monday, Judge Thomas Masuku refused Phillip Lühl’s application to force the Ministry of Home Affairs to issue travel documents to the girls to allow them into the country. Judge Masuku ruled that ordering the ministry to do so would amount to “judicial overreach”.

Paula and Maya were born on 13 March in Durban, South Africa through surrogacy. Lühl, who is Namibian, and his Mexican husband Guillermo Delgado are registered as their legal parents in South Africa.

Lühl, who is with the girls in Durban, told MambaOnline that the court’s ruling was a shock. “It’s a major blow and a major disappointment.” He said that an appeal to the Supreme Court was possible if it made legal sense to do so.

“We haven’t seen the actual document, the actual court order or ruling, and the arguments that are being put forward. And we will have to study the judgment to be able to ascertain what the next steps would be.”

The Minister of Home Affairs has demanded tests to confirm that the children are genetically related to Lühl before he allows them to enter Nambia, which the family argues is discrimination based on sexual orientation.

The girls are now essentially stateless and stuck in South Africa. Lühl has also not been able to introduce the babies to their other father and their two-year-old brother, Yona, who are in Namibia.

Speaking outside the court, a crushed Delgado told Jana-Mari Smit for Namibia Media Holdings: “Our kids are almost six weeks old [and] I’ve not met them… We really were picturing being together in a matter of days. I was hopeful. What we requested was in the best interest of our children.”

The family are already embroiled in a separate legal bid to force the government – which does not recognise same-sex marriages – to give Delgado permanent residence.

Lühl said that Monday’s ruling “fits within this larger picture of, you know, very harsh resistance to make any progress in terms of equal rights for all.”

LGBTQ+ people in Namibia face discrimination, harassment and violence. Consensual “sodomy” between men is illegal and could be used to prosecute LGBTQ individuals, although this is not believed to have happened since the country’s independence in 1990.

Show your support for little Paula and Maya and their right to be united with their family by signing this petition.