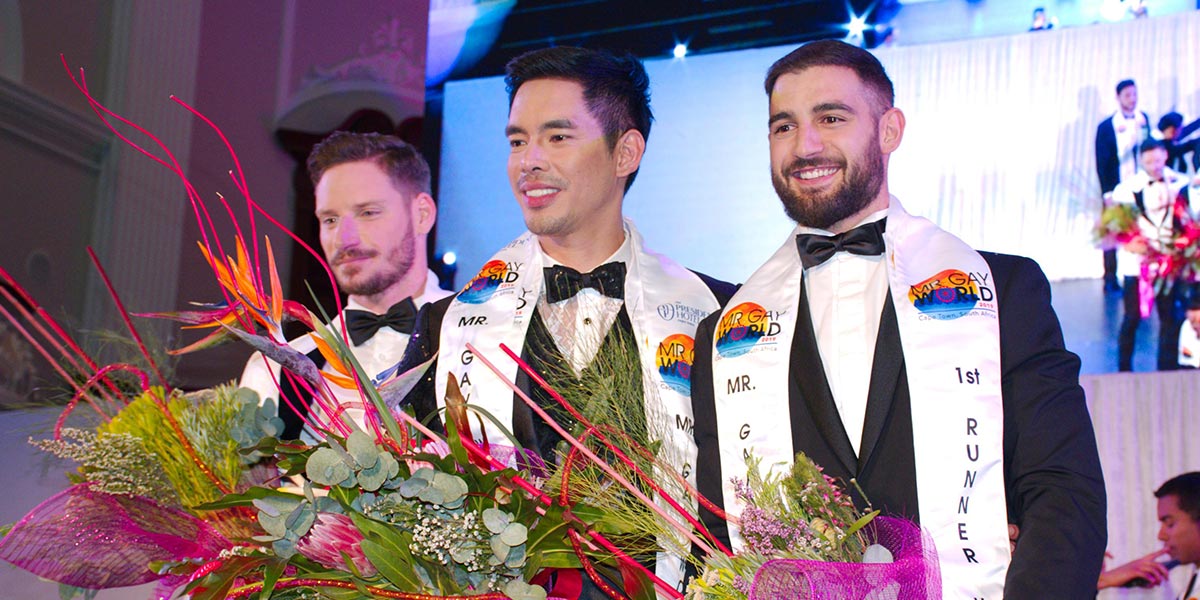 Following an online furore, Mr Gay World has clarified its entry policy and confirmed that cisgender straight men will not be eligible to compete in the pageant. The controversy led to conversations around the limits of allyship.

On Tuesday, the organisation announced that it had amended its policy “to encompass the male-identifying spectrum within the LGBTQ+ community.”

Chairperson of the Board of Directors for Mr Gay World, Dr Igor Scheurkogel, indicated to MambaOnline that this included allied cisgender heterosexual men in order “to ensure that Mr Gay World is an inclusive ambassador-seeking competition.” MambaOnline also shared the article to confirm its accuracy before publishing.

The news was met with puzzlement and outright hostility on social media. “How does this even make sense? A non-gay man being Mr Gay? How? Why? I am just failing to understand. This can’t be right,” said Dumisani Macdonald Dube on Facebook.

“I don’t like it at all. I feel the same way about gay roles being taken up by straight actors, too. It’s ridiculous!” added Matthew Jochum.

“So cisgender heterosexual men have Mr World SA, Mr SA and now need to invade this space as well…?” he wrote on Facebook, adding that he firmly supported the inclusion of “our trans family and other gender identities.”

“Please explain how a straight person will be a voice for a minority group where South Africans are killed daily for being gay,” he added on Twitter.

Runner-up Bonginkosi Ndima agreed, writing that “if this platform was created to celebrate and empower the minorities then why make it an open house now? Are we not invalidating all the struggles we face daily.”

While one person asked if the policy was not similar to allowing transgender women to compete in Miss South Africa and Miss Universe, the argument was roundly dismissed.

“A transwoman [classifies] as a woman and has the right to enter a Miss Universe…” responded Jovan Calvert, “but a cisgender heterosexual man is not identifying as gay so we can’t compare the two.”

On Wednesday, Mr Gay World issued a clarification indicating that straight-identifying cisgender men will in fact not be able to enter the contest.

“Mr Gay World would like to clarify its recent decision to further embrace inclusivity in its entry criteria. While the competition is indeed now open to persons who identify as men and use ‘him’ and ‘his’ pronouns, the applicant MUST be a member of the LGBTIQ+ community,” said the organisation in a statement. “Therefore a heterosexual identifying cisgender man would not be eligible to take part. Mr Gay World apologises for any confusion.”

Mr Gay World was last held in 2019 and has since been repeatedly postponed due to the Covid-19 pandemic that has seen major restrictions on gatherings and international travel.

Last month, the organisation announced that both the 2020 and 2021 pageants will take place online as two virtual events this coming September. Breytenbach will represent South Africa in the 2021 contest and Charl-Jaquairdo van Helsdingen, who was selected as Mr Gay World South Africa in 2019, will compete for the Mr Gay World 2020 title.