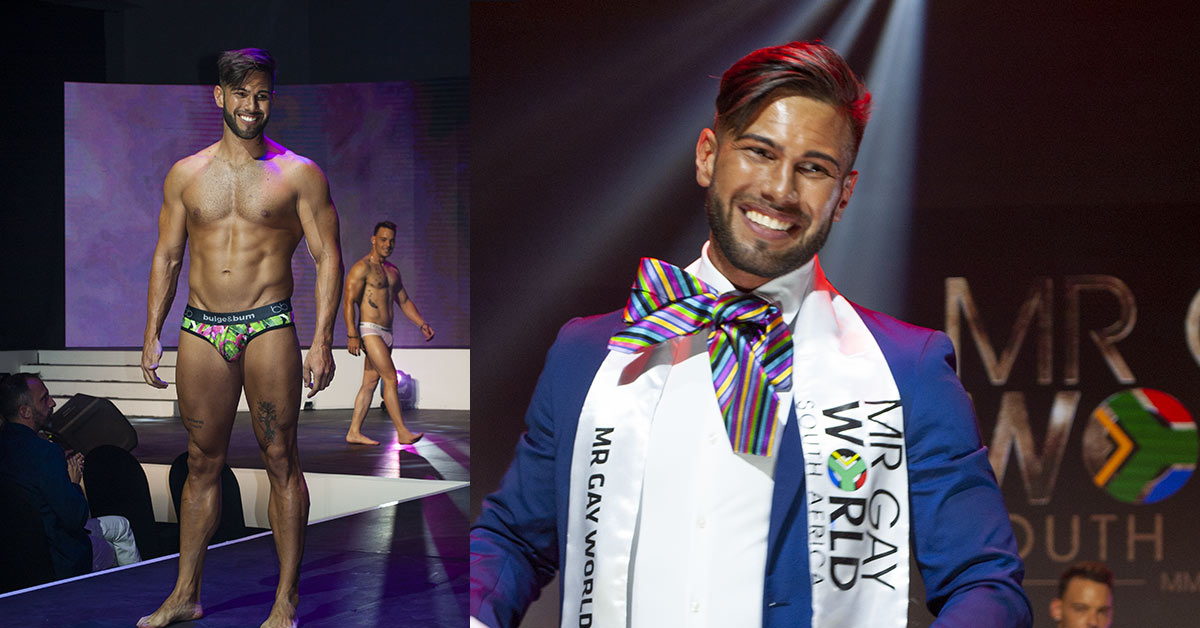 Hosted by Holly Diamond, the contest took place at The Galleria conference and event venue in Sandton, Johannesburg and saw 11 contestants competing for the title.

Breytenbach, 31, who is from Boksburg, was one of the crowd favourites throughout the night, but it was his response to the judge’s question that likely clinched his win.

Asked to identify the most pressing problems facing the LGBTIQA+ community, he said that LGBTIQA+ youth face a higher risk of suicide and of developing body dysmorphia.

He also addressed the recent spike in LGBTIQA+ hate murders that have rocked South Africa. “We have to do more than just create a hashtag,” he said. “And if you tonight don’t even know what the letters in LGBTIQA+ stand for, then you are part of the problem.”

Bonginkosi Ndima, a 37-year-old reality TV star and mental health campaigner from KZN was the first runner up and also took home the Mr Photogenic title. He was followed by Shanon Kannigan, a 27-year-old banker from Benoni, Gauteng, in third place.

Speaking to MambaOnline after his win, Breytenbach said: “I’m so nervous! I know I should have probably been nervous before, but now it’s real. It’s an excited and stressed feeling altogether, but I’m very excited to represent the community.”

As to how he thinks that South Africa can tackle the scourge of hate crimes, he said that as an educator he believes that the youth are key. “I think it starts with educating, so that young people know who is who in our community,” he said.

He added that it is “important that we realise it’s not just about the glitz and the glam and fashion shots and the beautiful bodies; actual people are dying and we have a responsibility to stand up in unity and educate those who don’t see it as a problem.”

Breytenbach will go on to represent South Africa in the Mr Gay World contest which is scheduled to take place in September. 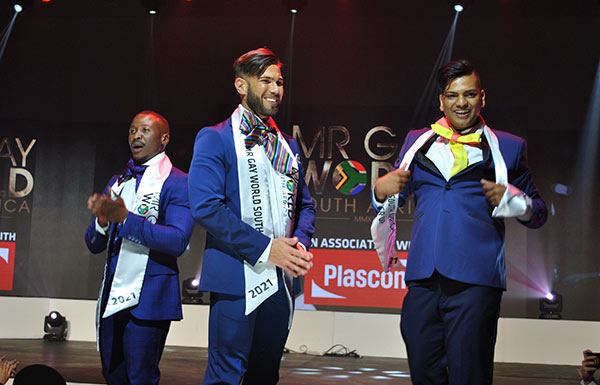