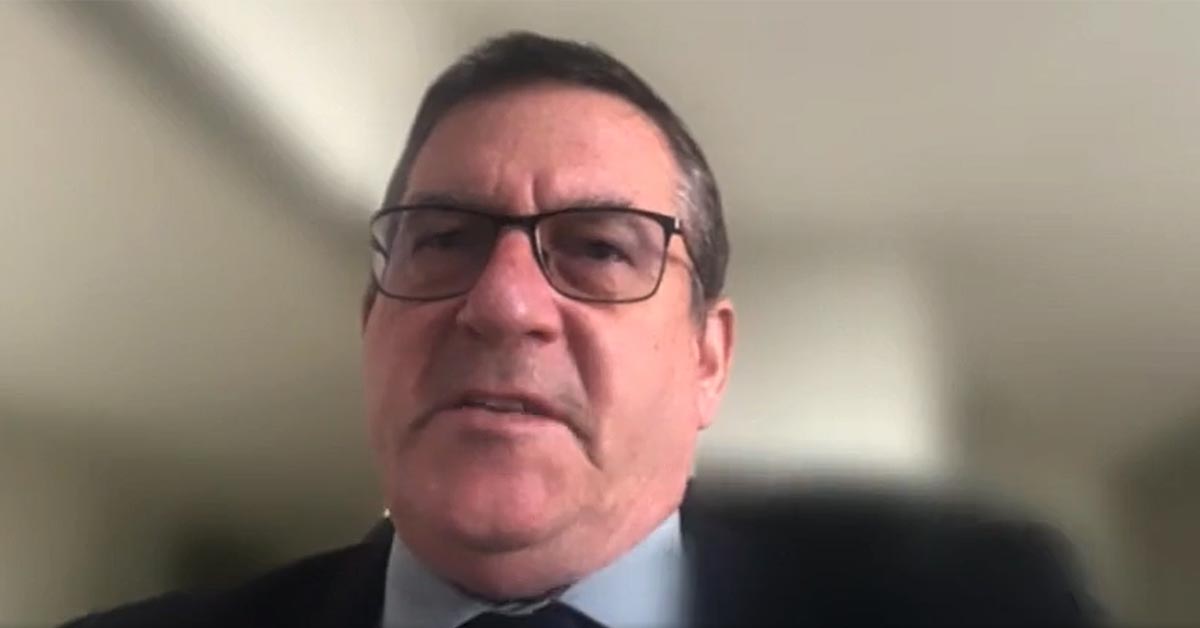 A press conference hosted by the Department of Justice and Constitutional Development on Thursday about the scourge of LGBTIQ+ hate crimes in South Africa was an insult to the community.

The media and civil society were invited to hear the Deputy Minister of Justice and Constitutional Development (DOJ & CD), John Jeffery “provide an update on the efforts of the Department to prevent, combat and prosecute” hate crimes against LGBTIQ+ persons.

The online press conference also included representatives from the NPA (National Prosecuting Authority) and SAPS (SA Police Service). It followed the recent wave of murders and attacks on members of the LGBTIQ+ community that has seen at least 15 individuals killed since 12 February.

Anyone expecting to hear innovative and progressive ideas to tackle the crisis would have been sorely disappointed. Instead, the PR exercise consisted of Jeffery and the other representatives parroting the same tired and unconvincing pledges of commitment to deal with the problem.

Jeffery stated that 42 pending hate crime cases “are being actively monitored, with government departments actively working with the SAPS, the National Prosecuting Authority and civil society to ensure that these matters are thoroughly investigated, that arrests are made and prosecutions follow.”

Many would question the effectiveness of these investigations and prosecutions. Jeffery also failed to adequately address the failures and dysfunction of the National Task Team (NTT) and Rapid Response Team (RRT) created to deal with violence against LGBTIQ+ people.

He further seemed to shrug off concerns about the continued delay in the passing of the Hate Crimes Bill. Blaming the Constitutional Court’s failure to rule on two hate speech cases for the Bill’s paralysed status, he said that South Africa already has laws in place against all kinds of violence.

Leading LGBTIQ+ and human rights activists who watched the event were left aghast at the lack of vision, insight or new ideas. One called it “a waste of time” while others described it as “a shit show” and “a total farce.”

She said that “the DOJ & CD wholly failed in regard to being inclusive of the concerns and views of LGBTI civil society organisations.”

While the press conference briefly gave an overview of the scope of hate crimes in South Africa, Kester feels that it “did not, in essence, provide space to shed light on the failings of the DOJ & CD.”

She noted that there is currently no budget allocation to ensure preventative or reactive measures to combat hate crimes in South Africa and pointed out that the SAPS has “not attended the Rapid Response Team’s meetings headed by the DOJ & CD for over a year and a half, thus ensuring ineffective and limited feedback on the hate crimes currently on the DOJ & CD case roll.”

Kester also questioned the NPA’s commitment to prosecute hate crimes perpetuated against LGBTIQ+ communities. “The lack of will to appeal the [2019] Nkosinathi Madlala case in KZN where the perpetrator was sentenced to two months of community service for the murder of an LGBTI individual says otherwise.”

As for what she called “the lack of urgency” around the Hate Crimes Bill by the DOJ & CD, “this questioned the political will of the governing party in the pursuit of ensuring safety, dignity and constitutional protections for LGBTI communities.”

Sharon Cox, the Health Services and Support Program Manager at Triangle Project, expressed the organisation’s “outrage” at the Department of Justice’s “complete disregard for the lives of LGBTIQ+ people that have been taken based on prejudice.”

“Yesterday’s press conference held by the deputy minister again demonstrated the inability on the part of the government to act decisively and the complete disregard for civil society, who in large part, are the ones who are providing services to victims and their families.”

Cox said that it is “not acceptable for the Rapid Response Team’s record to have gone from 17 hate crimes recorded in February 2021 to 42 in June 2021 (30 of those crimes are murder and 12 are rape).”

Cox noted that without the Hate Crimes Bill, which will create the legal definition of hate crimes, there is no accurate documenting of the scope of hate crime incidents in South Africa. It is currently left to LGBTIQ+ groups, victims’ families and the media to bring the hate crime nature of attacks to light.

The deputy minister indicated that laws could only do so much and that societal attitudes towards the LGBTIQ+ community must change. Cox pointed out, however, that this must begin with the government and its service providers “and those include the justice cluster”.

Cox argues that a compartmentalised attempt by the state to deal with hate crimes and discrimination will not work and that all government departments have to play an integrated role in changing attitudes.

“State departments need to be collaborating more closely instead of working in silos,” she said, calling, for example, for the Department of Education to take a much bolder stand in ensuring that the youth are educated around diversity.

“It is not acceptable to have a young person attempt to take his life four times in only 13 years because of a schooling environment that doesn’t allow him to be who he is,” she said.

Cox added that “All of these issues need to be taken up and addressed with urgency. We need to see a country where lived realities are in line with paper rights.”

Ultimately, the message that was communicated by Thursday’s press conference is that the government is not prepared or able to change its ineffectual “business as usual” approach to the crisis facing the LGBTIQ+ community. In effect, it seems that we are in this alone.