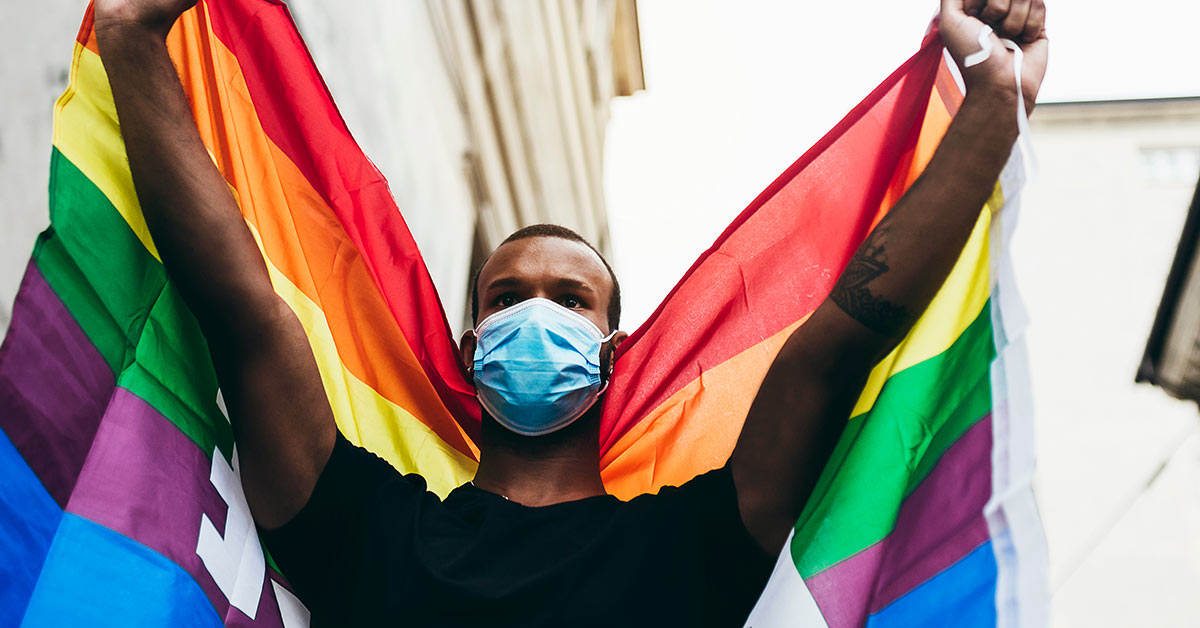 Some conservative groups are trying to block a long-awaited Hate Crimes Bill, which has been urgently called for by LGBTIQ+ communities

Queer civil society organisations in South Africa are calling on their government to take meaningful and urgent action against the homophobic and transphobic hate crimes and killings that have rocked the country in recent months.

In a joint statement, these organisations emphasised the need to urgently finalise and enact the Prevention and Combating of Hate Crimes and Hate Speech Bill as one of several government actions required for adequate protection and access to rights for LGBTIQ+ communities. The bill was drafted in 2016 and approved by Cabinet in 2018, but has yet to become law.

Meanwhile, undeterred by the outcry from LGBTIQ+ communities across the country, some conservative groups – such as Family Policy Institute, Freedom of Religion South Africa, Cause for Justice, and the African Christian Democratic Party – have been mobilising to block this legislation and other policy developments that incrementally challenge hetero-patriarchal systems of privilege, power and oppression.

These proposed policy changes, which would expand protections and equal rights for LGBTIQ+ people, have become rallying points for radical-Right organisations in the country. These groups claim that freedoms of speech, religion, and opinion are under attack. They fear that such rights will particularly affect religious leaders and organisations who have been explicitly anti-LGBTIQ+.

This argument is not unique to South Africa, but rather has become the familiar rhetoric of anti-rights groups seeking to protect ethno-nationalist, white supremacist, religious fundamentalist and neoliberal interests in many parts of the world.

The claim that social justice activists are attacking religious freedoms and freedom of speech has become a common narrative used to portray historically victimised and disenfranchised groups as those doing the oppressing. In doing so, anti-rights groups opposing equal recognition and rights for LGBTIQ+ people appropriate the language of the Left and claim victimhood status, erasing and discrediting actual experiences of violence and exclusion.

The Cape Town-based Family Policy Institute (FPI) founder and CEO, Errol Naidoo, said, for example, the Hate Crimes and Hate Speech Bill, “could criminalise parts of the bible”. Freedom of Religion South Africa (FOR SA) has similarly argued that the bill will “come into conflict with what should be the equally important and equally protected rights of freedom of speech as well as freedom of religion, conscience, belief and opinion”.

Organised opposition against LGBTIQ+ advocacy in South Africa and other parts of the continent have ideological and financial connections with US-based ‘pro-family’ organisations, which have relentlessly worked against LGBTIQ+ and reproductive rights both domestically and internationally.

The FPI, for example, has been working closely with Arizona-based “pro-family” organisation Family Watch International to mobilise opposition against LGBTIQ+ rights in South Africa. FPI founder Naidoo reported in March: “Family Policy Institute received an urgent request from Sharon Slater, the president of Family Watch International (FWI) and the UN Family Rights Caucus, to counteract a forthcoming report from the ‘UN Independent Expert on Protection against Violence and Discrimination based on Sexual Orientation and Gender Identity’”.

According to Naidoo, the intention of the report would be to:

FWI has been supporting and networking with conservative individuals and organisations like FPI in east and southern Africa for several years, working with partners who can localise their agendas within country and community contexts.

The Christian legal interests group Alliance Defending Freedom (ADF) has also been leading several court cases in the US and internationally in efforts to assert religious freedom as grounds upon which anti-LGBTIQ+ discrimination can be justified. According to the Human Rights Campaign, ADF is “one of the nation’s most dangerous organizations working to prevent equality for LGBT people. An enthusiastic leader in defending the unconscionable ‘right’ to discriminate against LGBT people, [it is] also a world-wide exporter of [its] own brand of hate.”

Amid the current wave of homophobic and transphobic hate murders in South Africa, Christian legal advocacy organisation FOR SA has been reproducing ADF’s legal advocacy strategies in an effort to block legislation that would expand the urgently needed protections for LGBTIQ+ people. Currently, FOR SA is advocating against the hate speech provision within proposed amendments to the Promotion of Equality and Prevention of Unfair Discrimination Act, which aims to “strengthen its ability to prevent discrimination and promote equality for all South Africans”.

FOR SA claims the proposed changes would have “detrimental and far-reaching implications for religious freedom in South Africa”. Proposed revisions that would expand the definition of discrimination, FOR SA argues, would infringe upon “the autonomy of religious organisations to determine their own doctrine and beliefs, and to regulate their own internal affairs, free from interference by the state.”

FOR SA also references ADFs strategic advocacy for religious freedom in its campaigning for the rights of marriage officers and services providers to “consciously object” to the equal recognition and treatment of same-sex marriages. In its recent campaign to support a venue that was taken to the South African Human Rights Commission for refusing to accommodate same-sex weddings, FOR SA’s executive director Michael Swain stated: “Ultimately, this case is about freedom – the freedom for all of us to choose to live our lives in a way that is consistent with our beliefs…. if the Court can force them to perform work that goes against their conscience, religion and belief, it can force anyone to do so.”

Critique and analysis of ADF’s anti-LGBTIQ+ advocacy in other contexts offers some insights into current attempts to wage religious freedom against equal rights in South Africa. As shown by political theorist Wendy Brown in ‘In the Ruins of Neoliberalism’, while the rights of Christian service providers to refuse services to same-sex couples may be the immediate focal point of ADF’s strategic litigation, these are individual manoeuvres in what she describes as a “long game” that uses LGBTIQ+ rights as a playing field to “(re)Christianize the culture through challenges to political and legal apparatuses bound to secularism, egalitarianism, and inclusion”.

This strategy, argues Brown, ultimately aims to challenge democratic principles of equality, civility and inclusion and to replace them with “the values and claims of the market, combined with those of heteropatriarchal Christian familialism”. The reproduction of this strategy in South Africa and other global contexts by local organisations further speaks to the transnational and geo-political dimensions of ADF’s anti-rights campaigning.

At first glance, organisations like Family Policy Institute and FOR SA may appear to be relatively small and ineffectual in their local contexts, or as representing a radical-Right minority perspective. However, it is imperative to recognise the ideological and financial constellations of power from which these groups have sprouted, and which provide the deeper levels of sustenance to continue and embolden their anti-rights agendas. It is also necessary to recognise the deeper implications of conservative advocacy seeking to make certain forms of discrimination permissible.

This article by Haley McEwen was originally published by openDemocracy and is republished under a Creative Commons Attribution-NonCommercial 4.0 International licence.