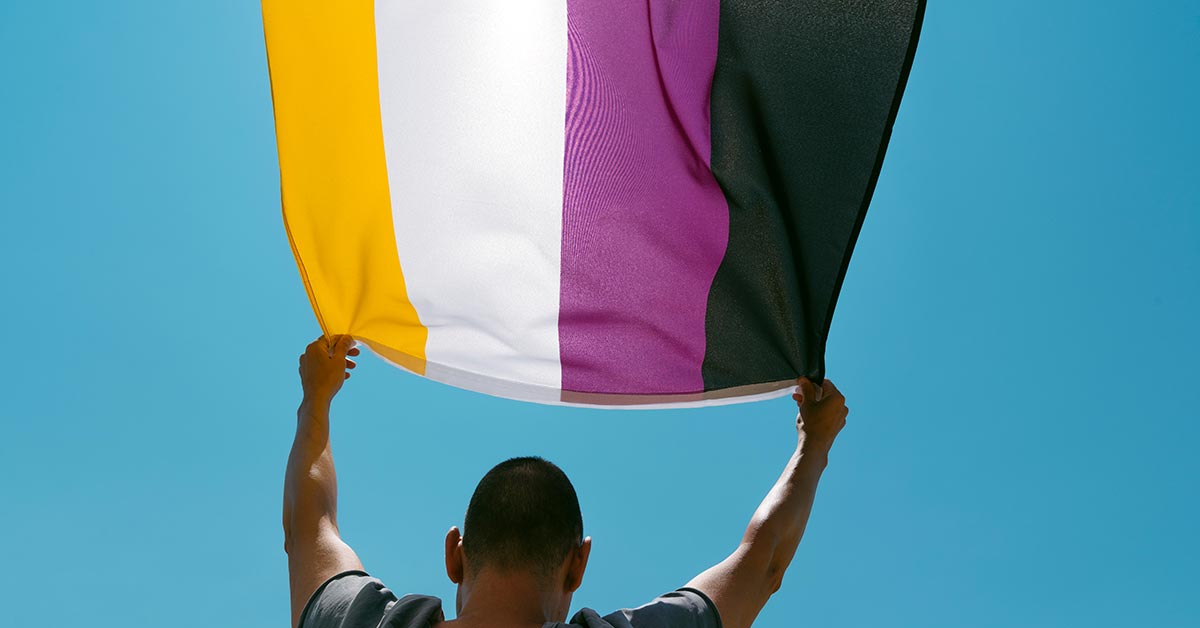 A new study has found that a large proportion of young LGBTQ people in the US are identifying their gender outside of the traditional binaries.

According to the Trevor Project’s 2021 National Survey on LGBTQ Youth Mental Health, one in four LGBTQ youth (26%) who took part identified as nonbinary. An additional 20% reported that they are not sure or are questioning if they are nonbinary.

“Nonbinary” is a term used to describe people whose gender identity does not fit within the traditional exclusively male or exclusively female gender binaries.

“While nonbinary identities have often been grouped under the umbrella term of ‘transgender,’ our data show that only 50% of youth who identified as nonbinary also identified as transgender; an additional 20% were not sure or questioning if they were transgender,” said the group which provides crisis intervention and suicide prevention services to LGBTQ people under 25.

Rates of identifying as nonbinary were relatively comparable across races/ethnicities, including 30% of multiracial youth, 27% of Native/Indigenous youth, 25% of Asian American/Pacific Islander youth, 25% of Black youth, 25% of white youth, and 23% of Latinx youth.

Among those who identified as nonbinary, most youth used the term nonbinary to describe their gender identity (72%). Other commonly used gender identity labels within the nonbinary umbrella included queer, gender non-conforming, genderfluid, genderqueer, androgynous, agender, demigirl, demiboy, genderflux and bigender.

The majority of nonbinary youth said they used pronouns outside of the gender binary, such as “they/them” or neopronouns such as “xe/xem.”

The importance of being addressed by the correct name and pronouns by people in their life was emphasised by the study participants. Nonbinary youth who reported that “no one” respected their pronouns had more than 2.5 times the rate of attempting suicide compared to those who reported that “all or most of the people” they know respected their pronouns.

Almost 35,000 LGBTQ youth between the ages of 13 and 24 across the United States took part in the survey.

“While much progress toward LGBTQ equality has been achieved in recent decades, there is still much work to be done for the full inclusion of transgender and nonbinary youth,” said the Trevor Project.

“This data supports policies that encourage respect for nonbinary youth’s pronouns in settings where youth most often interact, such as schools, medical facilities, and social service organisations. Further, there is a need for training of teachers, coaches, and all adults who work with youth about how to include and affirm nonbinary young people. Understanding and respecting the pronouns of nonbinary youth can be life-saving.”