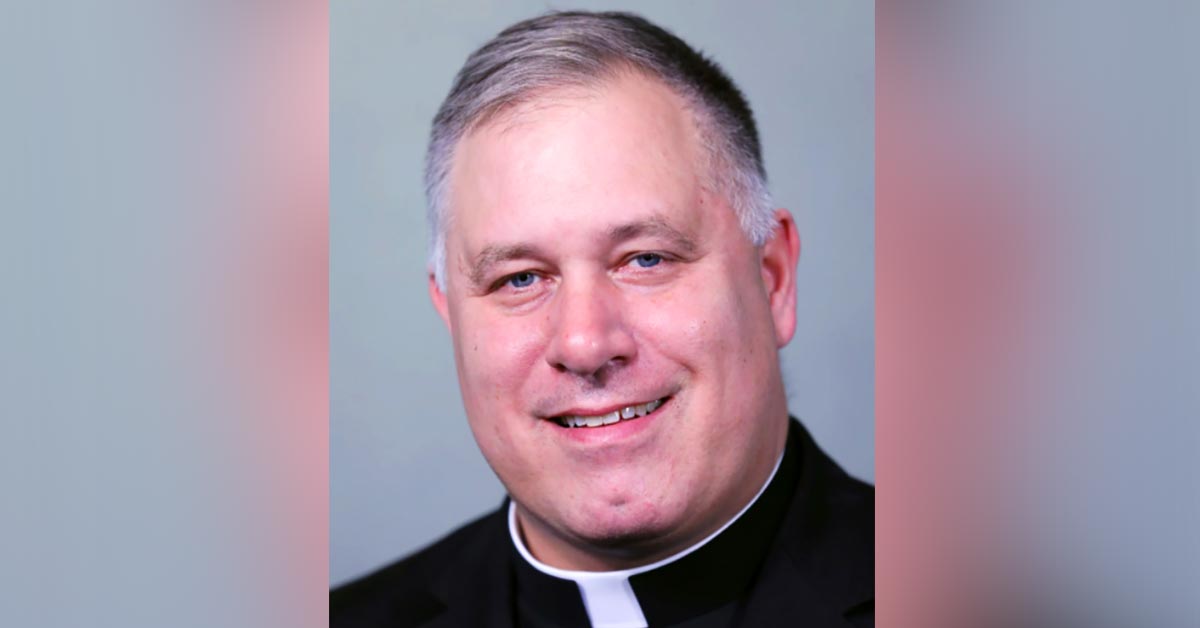 Monsignor Jeffrey Burrill was the subject of a homophobic ‘investigation’

A monsignor in the US Catholic Church has been forced to resign after a publication used unethical means to link him to using the Grindr gay dating app and visiting gay venues.

On Monday, the US Conference of Catholic Bishops (USCCB) said it had become aware of “impending media reports alleging possible improper behaviour by its general secretary, Monsignor Jeffrey Burrill.”

The Pillar, a Catholic publication, confirmed it had conducted an “investigation” of a mobile device believed to be Burrill’s that “emitted app data signals from the location-based hookup app Grindr on a near-daily basis during parts of 2018, 2019, and 2020.”

It said that “these signals were located at both his USCCB office and his USCCB-owned residence, as well as during USCCB meetings and events in other cities.”

In addition, the publication reported that it had linked Burrill’s phone to locations including a Las Vegas “gay bathhouse”.

This, it said, all suggested that Burrill had “engaged in serial and illicit sexual activity.”

The Pillar insisted it had legally sourced the information through data collected by apps with users’ consent that is “aggregated and sold by data vendors” and “can be analysed to provide time-stamped location data and usage information for each numbered device.”

The publication then approached the USCCB with its report. The organisation responded in a statement that “what was shared with us did not include allegations of misconduct with minors” but in order “to avoid becoming a distraction to the operations and ongoing work of the Conference, Monsignor Burrill has resigned, effective immediately.”

While The Pillar also confirmed that “there is no evidence to suggest that Burrill was in contact with minors through his use of Grindr,” the article offers enough unsubstantiated innuendo to imply that this might have been possible.

The dubious, although apparently legal, investigation was described by The Washington Post as “unethical” and “homophobic”. An opinion piece published by The National Catholic Reporter also slammed The Pillar for ushering in “a new and even uglier era in American Catholicism.”

“This is the hook on which the ‘story’ hangs, a long-discredited link between sexual abuse and homosexuality. It is hard to call that something other than a slur and a sin against the LGBTQ+ community,” wrote Steven P. Millies.

The Pillar, however, justified its actions because the “use of location-based hookup apps is inconsistent with clerical obligations to continence and chastity.”

The article was published amid growing bitter division between conservative and more progressive factions within the Catholic Church over issues such as LGBTQ+ inclusion.