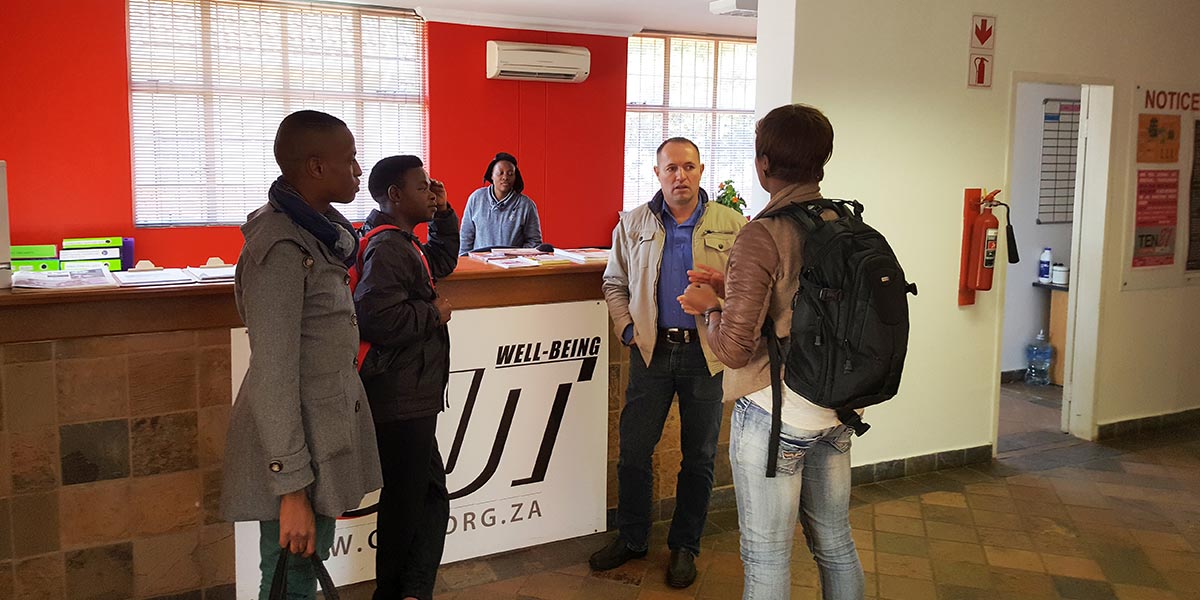 OUT’s LGBT+ and MSM (men who have sex with men) clinic in Tshwane will have to close down after almost a quarter of a century; on the eve of Pride Month in Gauteng.

The organisation announced on Wednesday that the pioneering free sexual health clinic is shutting its doors at the end of September after 24 years of service.

The reason, OUT LGBT Well-being said in a statement, was that its funding was not renewed. Instead, a new clinic operated by The Aurum Institute will start providing similar services in the city from 1 October.

“Over more than two decades, OUT has grown our expertise, developed meaningful relationships with clients, partners and funders and proudly built a historic legacy in serving the LGBT+ community in Tshwane,” said Dawie Nel, Director of OUT.

Nel noted that what made OUT’s clinic unique was that it was “founded by and has always been run by members of the LGBT+/MSM communities and we believe that should remain the case when it comes to sexual health services for these key groups.”

The Pretoria clinic’s closure does not mean that OUT as an organisation is shutting down. OUT will continue to operate its Engage Men’s Health clinics in Johannesburg, Nelson Mandela Bay and Buffalo City as well as its national human rights and paralegal programmes.

Opened in 1997, the OUT Pretoria clinic has been situated at three locations over the years. It was also known as the Prism Lifestyle Center, then the TEN81 Clinic and most recently Engage Men’s Health Pretoria.

The site has also been a longstanding safe space for the MSM and LGBT+ communities and housed additional free services such as support groups, psychosocial counselling and an LGBT+ legal clinic.

More LGBTQ services need to be opened, not closed.

In a letter of support, Juan A Nel, Research Professor at the Department of Psychology, UNISA, said that the closure of the clinic “is too ghastly to contemplate, both for me, personally, but also my institution.”

Prof Frans Viljoen, Director of the Centre for Human Rights at the University of Pretoria, described OUT as “a stalwart of the LGBT community in South Africa, and specifically, Tshwane” and that it was “extremely sad” that the clinic is closing down “solely due to the unavailability of funding.”

Pierre Brouard, Deputy Director of the Centre for Sexualities, AIDS and Gender at the University of Pretoria, praised “the deep trust OUT has established with the MSM community of Tshwane” and said that it “seems to be counter-intuitive for an existing and successful service to close down.”

The news was also met with shock and disappointment on social media. “Thank you for introducing me to sexual health. It’s sad to see you leave,” said Baggs on Twitter.

The Gay Superhero wrote: “This clinic was everything for me when I was in varsity in PTA. It did so much for young black queers oh my gosh and the people here were so professional and kind!”

On Instagram, Muzi Cebolenkosi Zuma commented: “I can’t wait for that time in life where funding no longer is an issue for our community, especially when we need more offices to be OPENED and not closed.”

OUT said it hopes to resume its free sexual health services in Tshwane in the future. The organisation has asked the LGBT+ and MSM communities and their allies to assist by donating funds, no matter how small, towards the reopening of the OUT clinic through the BackaBuddy website here.

To avoid any disruption of services, OUT Pretoria client files will be transferred to the Aurum Institute. Aurum’s new Pop Inn Pretoria service will be located at Loftus Park Shopping Centre, in Kirkness St, Arcadia and can be contacted on 067 067 1863 or 078 379 4458.

Clients may also choose to transfer to OUT’s Engage Men’s Health clinic in Melville, Johannesburg by calling or sending a WhatsApp to 082 607 1686.

This is very sad. Staff were always friendly and service great. Being situated so close to Tuks also meant a lot of young guys just coming out or who lived in a residence without a vehicle could go to them for testing and PrEP. Afraid we might see a HIV spike there now.

I am sorry it has come to this. Salute you and the team for the great work that you have done.

Oh my gosh !! This clinic was everything for me when I was in varsity in PTA. It did so much for young black queers oh my gosh and the people here were so professional and kind!! 🙏🏾 the end of era indeed! 😢🏳️‍🌈✊🏿 https://t.co/X8DzmeyEPk