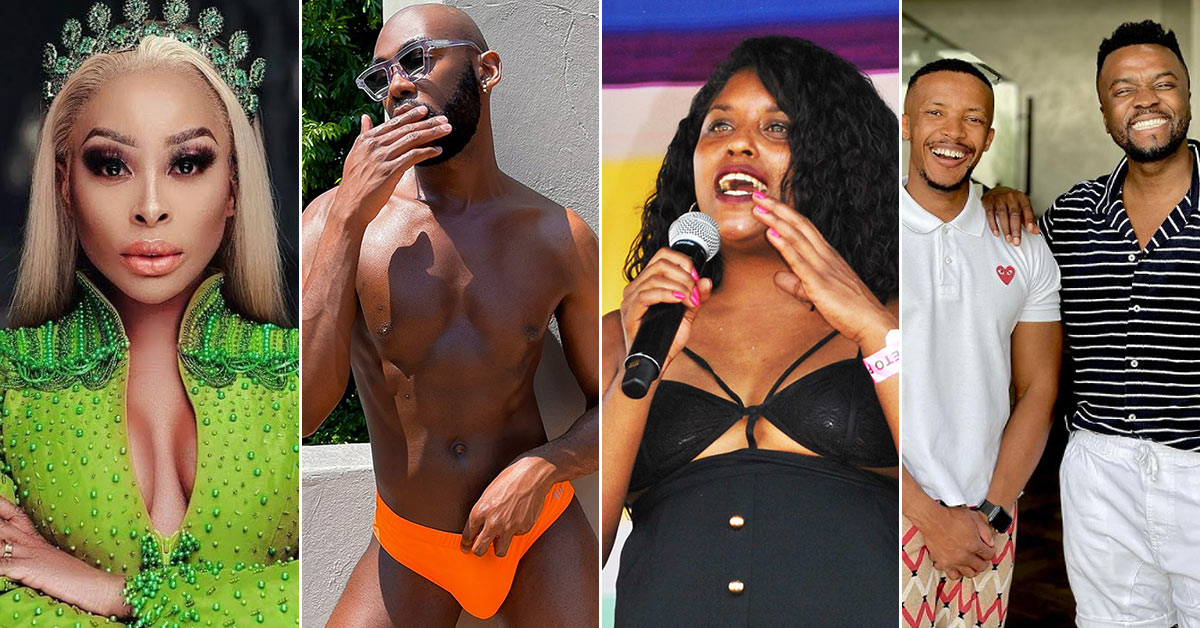 Now in its 13th year, the Feather Awards has announced its 2021 nominees; a colourful and star-studded list of queer and allied celebrities and activists.

This year’s much-coveted nominees are comprised of personalities and individuals from various sectors including entertainment, politics, lifestyle, sport and business.

Each nominated individual or organisation, in one way or the other, has either represented, inspired, or celebrated the LGBTIQ community with excellence and distinction over the past twelve months, explained the organisers.

Category finalists and then winners will be selected and adjudicated by a knowledgeable panel consisting of members of the media and entertainment industry.

This 2021 outing is themed Queer Lives Matter, in line with global conversations that seek to address LGBTIQ issues that include violent crimes against the community; a scourge that has devastated South Africa this year. As such, the Feathers will commemorate the lives of those lost over the past 12 months.

“The award plans to amplify the plight of the community during the build-up to the awards,” said the organisers. In partnership with the Thami Dish Foundation, the Feathers will present a series of LGBTIQ+ dialogues, workshops and trainings in communities across the country.

The awards puts a spotlight on LGBTIQ activists who are doing impactful work in various communities. It also pays homage to supportive media bodies, LGBTIQ student movements and selected role models who enrich and back the community.

“From starting out as a small celebration at a nightclub in Rosebank, the Feathers is now a whole teenager; a fully operational powerhouse of programmes,” commented Thami Kotlolo, co-founder of the Feather Awards.

“Through the awards we have showcased, celebrated and shared the South African LGBTIQ community with not only the African continent but also the world at large. This year we are celebrating the entire community with the Queer Lives Matter theme.

“It’s been thirteen years in the making, so here’s to the next milestone, onward to adulthood,” added Kotlolo.

Here are the Feather Awards 2021 nominees

Hunk of the Year (These men just ooze the X-factor, you look at them and you just want a strong hug)

Cutest Couple (these are couples people adore and look up to)

Media Award of the Year

‘Fag hag’ of the Year (They never leave home without their favourite accessories, a gay friend)

Social Media Personality of the Year

The 2021 Simon Nkoli Award will be presented to one of the country’s most celebrated fashion design icons; David Tlale