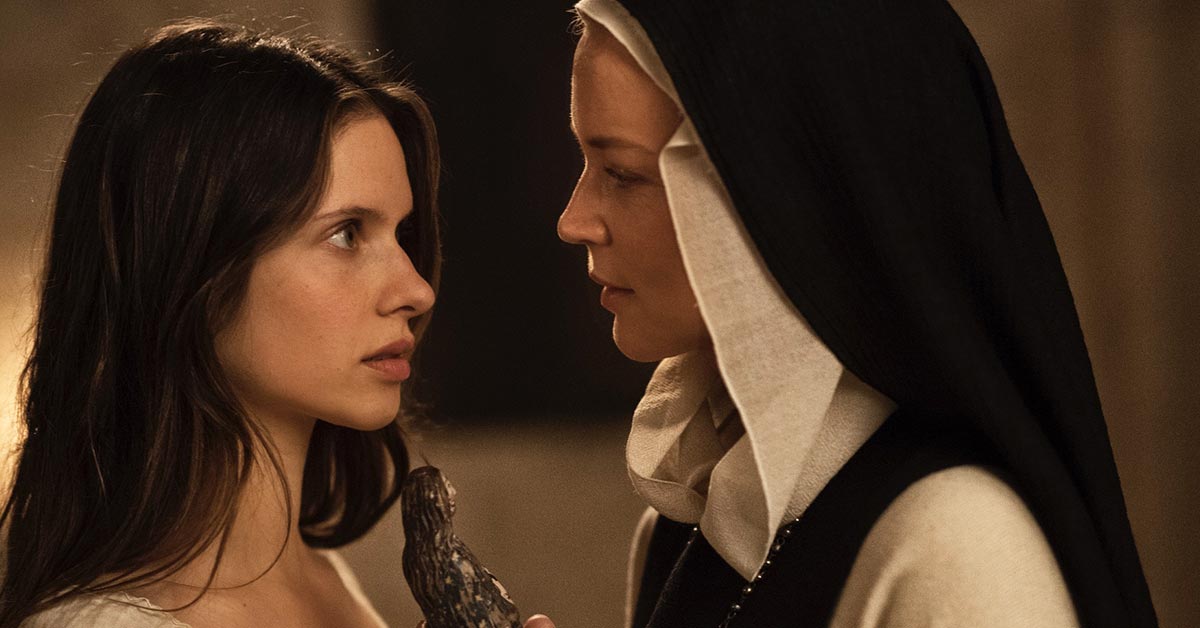 The film Benedetta is sparking controversy among conservative Catholics

Benedetta, a new lesbian-themed movie by the director of box office hits like Basic Instinct and RoboCop, has raised quite the ruckus at its New York Film Festival premiere.

Directed by Paul Verhoeven the film is based on the life of the 17th-century nun, Sister Benedetta Carlini.

In what has been called the largest religious protest at the film festival since the release of the 1999 movie Dogma, a number of members of the American Society for the Defence of Tradition, Family and Property gathered outside the venue where Benedetta was being shown on 26 September.

They were there to protest what they call the film’s blasphemous portrayal of nuns and Catholicism. Protestors held placards reading, “Stop Blasphemy Now!” and “Why the endless insults to Jesus?”

The movie centres on the story of Benedetta Carlini, a Catholic nun who had been a member of the Order of the Sisters of the Immaculate Conception of the Virgin Mary since the age of nine. She began experiencing visions, and was made the abbess of the convent at just 30 years of age – quite a feat for a woman in the Catholic church during the 17th century.

Carlini was assigned a young nun, Bartolomea Crivelli, to assist her with her tasks, and the two women soon began a sexual relationship.

Crivelli would later reveal that the sexual nature of their relationship came about when Carlini transformed into the beautiful angel Splenditello at night, and that Crivelli would then make love to her, “[putting] her under herself and kissing her as if she were a man, she would speak words of love to her… she would stir so much on top of her that both of them corrupted themselves.”

Benedetta premiered at this year’s Cannes Film Festival to a five-minute standing ovation, and has since started doing the rounds at other film festivals.

It is set to release in the US in December, and will probably hit our own shores some time next year. It stars Virginie Efira in the titular role.

Check out the trailer for Bendetta below.