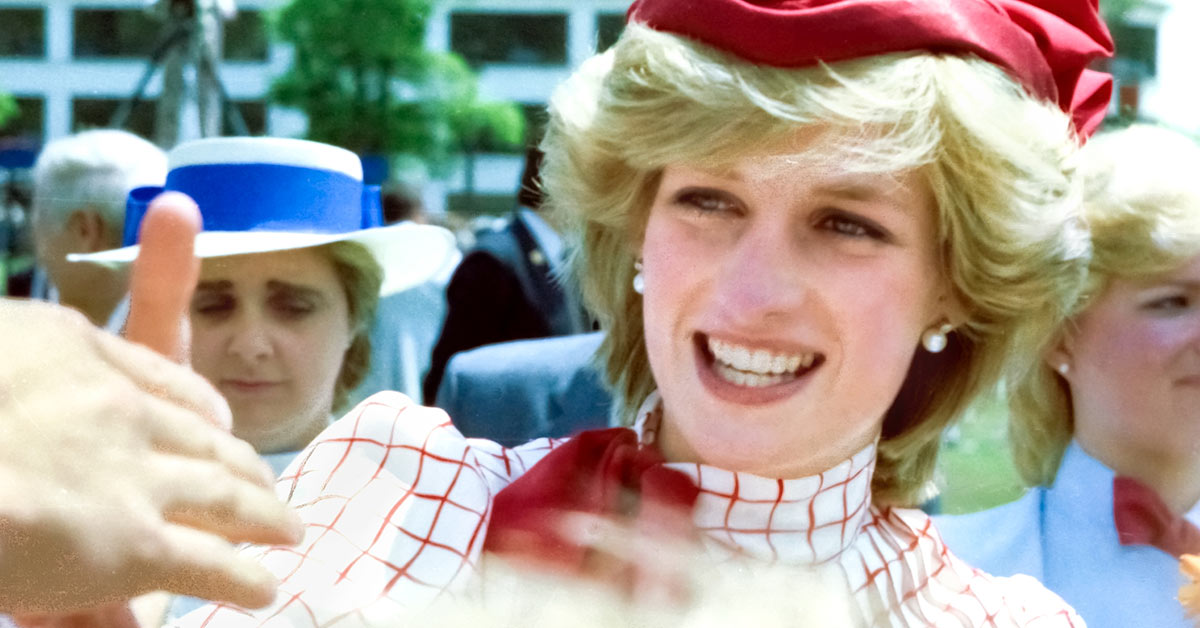 More than two decades have come and gone since the death of perhaps the most iconic royal of them all, but the People’s Princess still captures the imagination of the greater public, as if having been canonised after her passing. Diana, Princess of Wales has been the subject of numerous documentaries, TV shows and films, the latest being Spencer.

Spencer features queer actress Kristen Stewart in the role of the beloved princess, and her performance is already generating Oscar buzz, with many citing her portrayal of Diana as the best one yet.

Ask just about any gay man about his thoughts on Lady Di, and the reaction you’ll get is sure to include anecdotes of admiring her from afar while she was alive, and mourning deeply when she died.

It’s no secret that Diana wasn’t only a friend to select members of the gay glitterati, but also an ally to the greater LGBTQI+ community.

Frequently dubbed the greatest fashion icon of the 20th century, Diana knew how to work a look in a way that caught the media’s attention. While the paparazzi ultimately had a significant hand in the princess’s demise, it was maybe her sense of style that first caught the eye of gays across the globe.

Frequently appearing in attire by some of the world’s most prominent designers (many of them gay – Diana was a close friend of Gianni Versace) fashion experts called her ahead of her time then, and now hail her style as “timeless”.

A champion of HIV activism

While Diana’s service to the public is extensive, it’s her dedication to obliterating the stigma surrounding HIV/AIDS that rings true during a time where many people are still ostracised due to their status. In April 1987, when fear of the so-called “gay plague” turned patients (who were overwhelmingly gay men at the time in the UK) with the disease into pariahs, Diana opened the very first AIDS ward at London Middlesex Hospital. In a moment that would resonate throughout the world, the princess shook the hand of an AIDS patient without wearing gloves – a thoroughly deliberate act, her son Harry would later say.

“She was using her position as Princess of Wales, the most famous woman in the world, to challenge everyone to educate themselves, to find their compassion, and to reach out to those who need help, instead of pushing them away,” Harry said when accepting the Attitude Legacy Award on behalf of his mother in 2017.

Speaking at an AIDS conference in 1991, Diana’s own explanation of her treatment of people living with the disease was as simple as it was poignant: “AIDS does not make people dangerous to know, so you can shake their hands and give them a hug. Heaven knows they need it.”

When Diana died in 1997, her legacy of AIDS activism was again underlined by Gavin Hart of the National AIDS Trust, who told the BBC, “In our opinion, Diana was the foremost ambassador for AIDS awareness on the planet and no one can fill her shoes in terms of the work she did.”

Howard Berman, a gay rights activist and rabbi based in Boston, said that, “gay people particularly felt more and more protective – more and more wanting to be her champion, the way she was ours.”

Describing her status as a queer icon, David Levesley wrote a piece for them, in which he explained the LGBTQ community’s love for the Princess of Wales as something which arose from queer people identifying with her – an unlikely state of affairs, considering Diana was straight.

“Like all great icons, some have come to admire Diana for her beauty and her dignity. Others – especially queer people – admire her for how long she lasted in the face of a shitty situation. Is there anything more queer than a fabulous woman trapped in a bleak household? It’s the story we all bear: Who among queer people, not unlike Diana, haven’t forced ourselves to try and find joy in the joyless?”

Indeed, despite her fame across the world, Diana, too, felt unwelcome in the household she married into, and unwilling to conform to the ideals expected from her. Spencer portrays the anguish she experienced in a way that has not been done on the big screen before. The film releases in South African cinemas on 16 December.