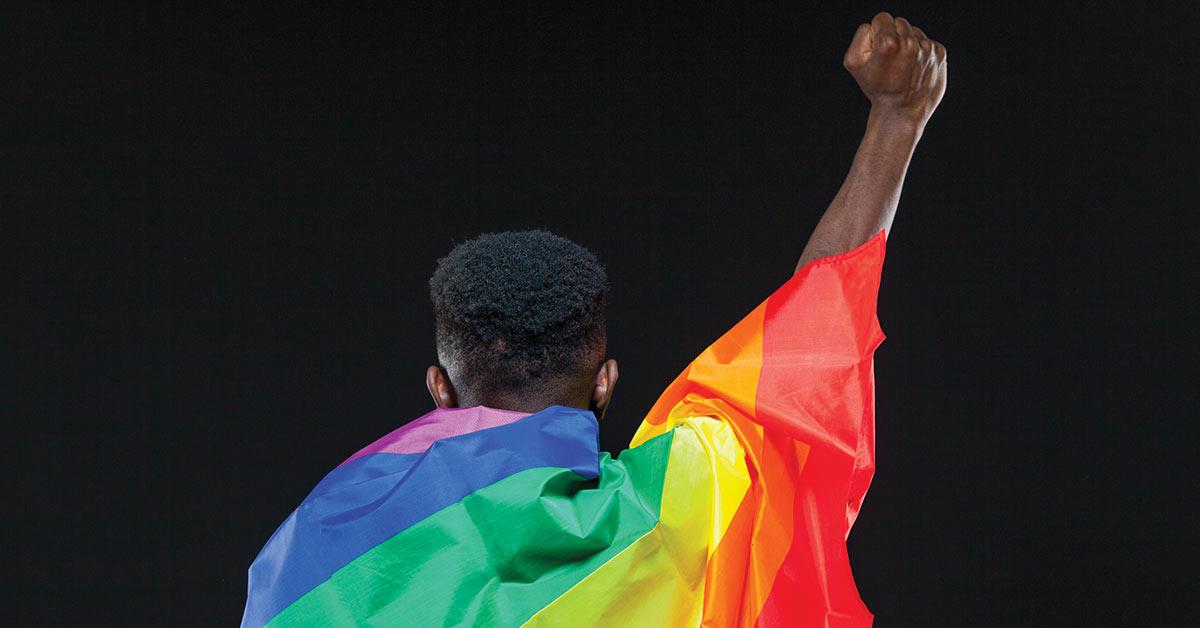 The recent local government elections forced me to ponder on a question I usually do not like interrogating too deeply. The question of whether my race or my sexual orientation comes first in making political decisions and choices.

The famous words of Simon Nkoli echo as I think – am I Black or Queer first? The recent local government elections forced me question whether my race or my sexual orientation comes first in making political decisions. Why is this important and why is it even a question? Because it seems to me that the two cannot seem to co-exist in harmony. In the face of racism, as a Black man, I have tons of support from my fellow Black brothers and sisters, but when dealing with queerphobia, the circle becomes smaller and smaller.

Elections remind us of the inequality of this country, the failings of our government in various respects and indeed the racial divide. We see the videos and images of politicians in their fancy cars going into informal settlements to beg for votes with promise of bettering the lives of those they meet.

In these crusades, Black people will be in impoverished and crime-ridden communities; the worst of the worst when it comes to infrastructure and basic service delivery. Many Black people will look to our race to highlight how we continue to bear the brunt of the government’s failure; seen in our unemployment numbers, the lack of access to capital and of control in the economy, and our generally low standard of living. We gather, united by our race, in calling out this unfairness and demanding accountability.

As someone who grew up in a township, who has first-hand experience of the shame and pain of poverty as a Black person, I relate to these struggles, and I too want to unite in actions that seek to remedy the injustice.

I then step away from my Black brothers and sisters and join my LGBTQ brothers, sisters and other niblings who are also facing other injustices. We too are locked out of the economy because we are ‘too gay’ in some spaces, or because we have been unable to access the medical care required for us to legally change our gender markers with the Department of Home Affairs.

We are unable to move and associate with ease and freedom because our occupation of spaces and having a presence in public poses a safety risk. We take further risks if we engage in intimate relationships because they too can lead to our death. And we cannot get justice because our law enforcement will further victimise us, and the laws meant to protect us are used against us.

I then turn back to my Black brothers and sisters and show them these injustices and call for them to join us in a united front. But when I do, I am told that these are not primary issues. That these injustices are avoidable if I stay at home, if I don’t provoke people by shoving my queerness in their faces, or if I am silent… and the list goes on.

Despite decades of activism which has sought to impress on legislators, other human rights activists and the average Joe Soap that our queerness is not a choice. And even if it was, at least in South Africa, our Constitution provides room for me to make this choice and not have it used against me. Disappointingly, those who I stand in unity with as we fight against racism often refuse to boldly and loudly stand with me to fight against queerphobia.

I have not chosen to be Queer, and I have not chosen to be Black. But, if I was given the option to choose, I still would choose to be a Black Queer person. (Yes, I am not entirely sure if I would choose to be a man, but that is a chat for another day.) Despite this crossroad of political allegiance that I find myself at, I wonder; if indeed I was asked to choose, and prioritise one – which one would it be? Would it be my queerness, or would it be my blackness? And what would inform this choice?

As another year comes to a close, as the number of murdered Queer persons increases, as my own mortality and frailty nudges me daily, I continue to think on this question. In an ideal world, I would be a proud Black Queer man, or Queer Black man and I would have comrades on both sides without ever doubting their respective commitment to equality, safety and human rights for all. But that’s just a dream, and it’s one I don’t know will ever come true.