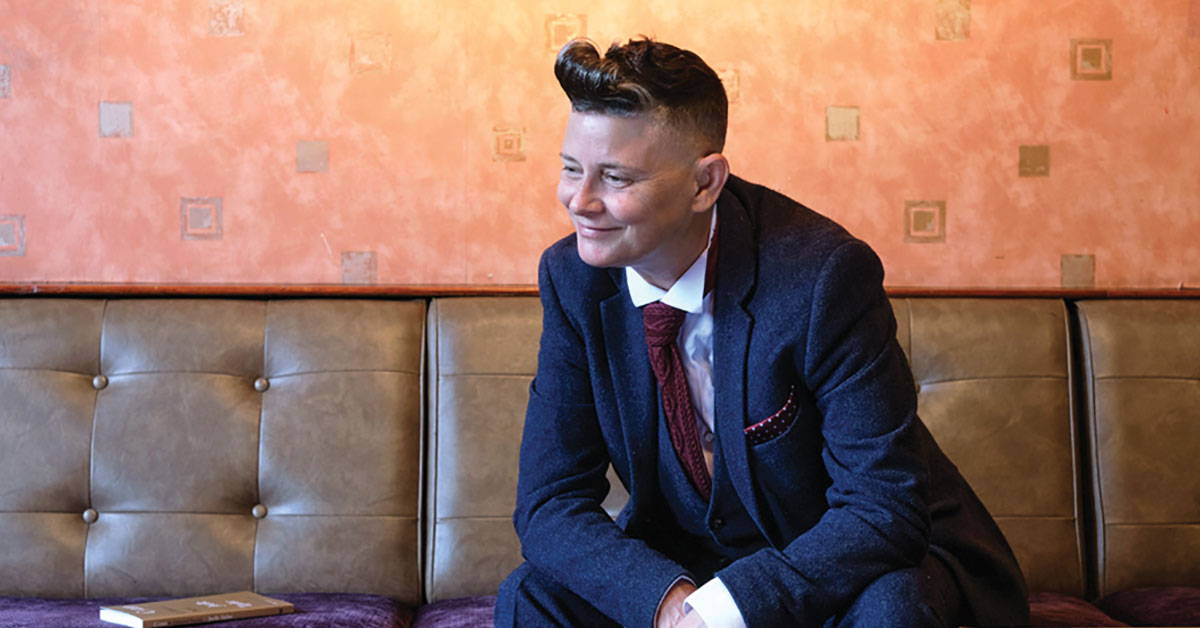 A British lesbian slam poet has won one of the UK’s most prestigious poetry prizes for a collection that focuses on being a butch lesbian in the 1990s.

Earlier this month, Joelle Taylor won the £25 000 TS Eliot poetry prize, the UK’s most lucrative, for her book of poems, C+nto & Othered Poems.

In the book, Taylor – who is also the founder of the British youth slam championships, SLAMbassadors – details her experiences of coming of age in the lesbian club scene in Soho, after being rejected by her conventional family.

Its title refers to cunto, a Neapolitan word that means “to tell someone’s story”, but also alludes to the slang word for female genitalia, while the “Othered” makes abundantly clear the poet’s feelings of living as an outsider.

Taylor’s work often features themes of feminism, childhood abuse and rejection because of one’s identity, and C+nto & Othered Poems again draws on autobiographical details, along with the retelling of the stories of others, in order to illustrate the challenges, hatred and violence facing butch lesbians.

Upon receiving the prize (former winners of which include Seamus Heaney and Ted Hughes) Taylor penned an opinion piece for The Independent, calling the recognition from the prize’s judges “a triumphant moment of visibility for butch women”.

Speaking to BBC Radio 4’s Front Row, Taylor said, “I suppose most of my work over the last 10 years or so, I’ve been really reflecting on my experiences of abuse, but really it’s a wider thing about women as symbol as well. How do we fit our own bodies? So, it’s a very common thing, particularly within the butch community, to kind of really talk about that sort of thing. And with kind of the new sort of gender ideology or the new kind of thinking around trans, there’s a lot of conversations about what does ‘body’ mean to us?

“And, of course, to be butch, you need to be a woman – that’s the very first aspect of it. All my life I’ve felt absolutely exiled from my own body, and I don’t think that’s something I was born with. I think that’s something that happened to me, that society did, and has done to most of us… but the book itself isn’t just written for gays, for lesbians – it’s written for all of us, because that’s the point of kind of unearthing the story.”

Taylor hopes her book will let the spotlight fall on masculine-presenting lesbians, who are often shunned, even by fellow members of the LGBTQI+ community, and that it will be a tool for unity, which the poet believes is very necessary when the queer community itself experiences instances of division.

“Butch dykes are targets across the world for violence, corrective rape and murder. We face threats from the outside and division within. But if we recall these brave women and the sacrifices they have made to become, to be alive, then I believe we have a chance of unifying.”

Watch the video below to see Joelle Taylor perform her poem The Last Poet Standing at a TEDx event in 2014.