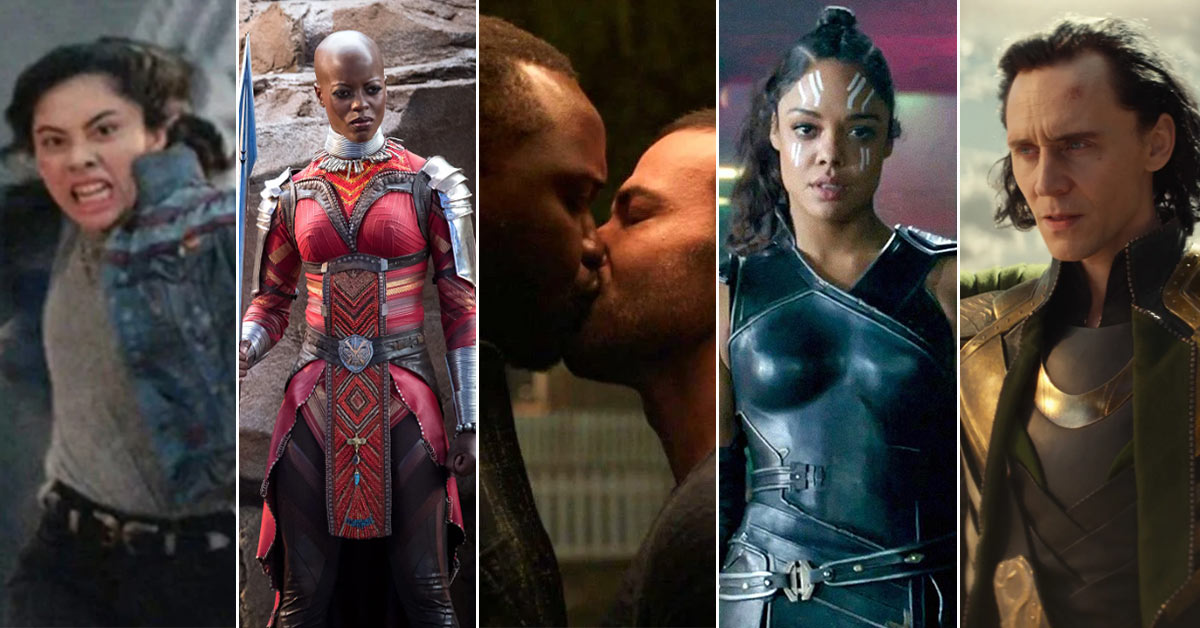 Queer superheroes are starting to make their mark in the MCU.

The Marvel Cinematic Universe is a crossover film franchise, featuring the superheroes of the iconic Marvel comics. With the first MCU film, Ironman, releasing in 2008, a new era was heralded in terms of the depictions of comic book superheroes in cinema.

The MCU has featured a few LGBTQI+ characters, most of which have stayed true to their comic book origins, although their queer identity has rarely been depicted or mentioned on-screen.

Viewers also got to meet the very first same-sex couple when Phastos, his husband and their family were introduced in Eternals, which released last year.

The latest in the list of queer superheroes to be introduced is America Chavez (played by Xochitl Gomez), who will make her debut in the upcoming Doctor Strange sequel, Doctor Strange in the Multiverse of Madness. The Hollywood Reporter has confirmed that Chavez will be gay in the film, just as she is portrayed in the Marvel comics.

Whether you’re a diehard Marvel fan or are just interested in on-screen depictions of queerness in mainstream films, take a look at what queer superheroes and characters are a part of the MCU so far.

Played by Florence Kasumba, Ayo is a member of the Dora Milaje and first appeared in Captain America: Civil War (2016). Although the straightwashing of this lesbian character drew the ire of the LGBTQ community when Black Panther (2017) was released, Ayo’s girlfriend Aneka is rumoured to appear alongside her in Black Panther: Wakanda Forever, which is set to be released later this year.

To be seen again in the upcoming Thor: Love and Thunder (2022), Valkyrie is the new leader of Asgard. Tessa Thompson, the bisexual actress who first played the role of Valkyrie in Thor: Ragnarok (2017), as well as the film’s director, Taika Waititi, have both confirmed the superhero’s depiction as queer. It remains to be seen if her queer identity will actually get any screen-time.

Played by Thor: Ragnarok director Taika Waititi, the rock alien Korg appeared in the 2017 film. Although he was confirmed to be gay by the director, Waititi also mentioned that a love interest for Korg wouldn’t be seen soon, as the alien “doesn’t feel brave enough to find love again”, after once having loved and lost someone dear to him.

The God of Mischief’s bisexuality was confirmed in the titular Disney+ series when Loki’ female variant Sylvie enquires about his love life, asking, “You’re a prince. Must have been would-be-princesses. Or perhaps another prince?” Loki replies, “A bit of both. I suspect the same as you.” We could assume, then, that Sylvie is also bisexual.

Phastos is a member of the Eternals, a human offshoot race in the Marvel Universe that debuted in The Eternals #1 comic in 1985. Brian Tyree Henry played Phastos in the character’s first cinematic depiction in Eternals (2021) in what is the MCU’s most significant LGBTQI+ representation to date. He was shown with his husband and son and became the first superhero to share an on-screen same-sex kiss in an MCU film. The film was not screened in a number of countries because of these scenes.

America Chavez appeared in the comic world in 2011 and was Marvel’s first Latin-American LGBTQ+ character to star in an ongoing comic series. Raised by two mothers, America is not only imbued with superhuman strength and the power of flight but can also traverse the Marvel Multiverse. Played by Xochitl Gomez, America Chavez appears in Doctor Strange in the Multiverse of Madness (2022), the character’s first film outing. It’s been reported that Saudi Arabia is demanding that 12 seconds be cut from a scene in the film in which America talks about her two moms.

Not a superhero but queer nonetheless. Appearing in a small scene in Avengers: Endgame (2019), and played by the director of the movie, Joe Russo, the grieving man was the first gay character to affirm their identity on-screen in an MCU film. In the scene, the man is a part of a therapy group led by Captain America, and is seen grieving his partner after The Snap.