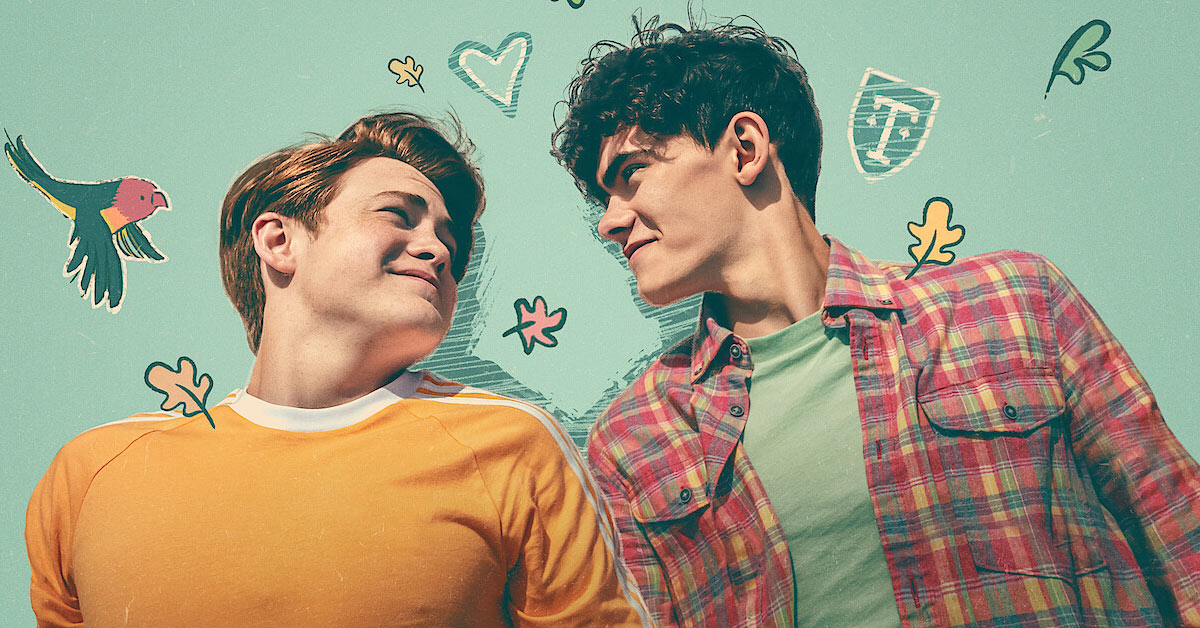 One of Netflix’s best performing shows, Heartstopper was released to global audiences on the streaming platform in April.

Ever since its release, the show has been garnering praise from all over, with reviewers calling it “the most likable show of the year” and “possibly the loveliest show on TV”.

Heartstopper differs from similar coming-of-age shows like Sex Education and Euphoria in one particular respect – it doesn’t take itself too seriously, nor does the searing storm and stress typically associated with this type of show take centre stage.

It is a breath of fresh air among other shows that centre on the queer experience of teens, which often tend to focus on the difficulties of coming out.

In contrast, Heartstopper also hones in on a young person coming to terms with their sexuality, albeit without the existential dread.

The plot is driven by 14-year-old Charlie (played by Joe Locke), an out teen at an English grammar school. Having experienced homophobic bullying from some members of his peer group before, Charlie is now part of a supportive group of friends who regularly meet up for movie nights, and do all the typical things teenagers do.

Charlie develops a crush on Nick (played by Kit Connor, whom you might remember as a young Elton John in Rocketman) a popular rugby player he befriends after bonding over the perils of finishing homework at the last minute. Without giving away any spoilers, viewers can look forward to a sweet love story that is as wholesome as it is refreshing.

The show is based on the graphic novel of the same name by queer artist and writer Alice Oseman (Oseman also had a hand in writing the script, and served as executive producer for the show). The graphic novel, which became hugely popular after its publication in 2019 and has seen three more volumes and a colouring book published since, is not only the source material for the Netflix show.

The show’s producers have also taken great to include the comic book elements that made the graphic novel as successful as it is. 2-D animation is seamlessly incorporated into Heartstopper, and many fans of the graphic novel have commented on how true to the book the show is – the two main characters share an uncanny likeness with their beautifully drawn counterparts.

Although some people might find Heartstopper a little too good to be true – although there are instances of discrimination and internalised homophobia included, too – this endearing tale of friendship and love is definitely worth a watch. It is currently streaming on Netflix.

Take a look at the Heartstopper trailer below.