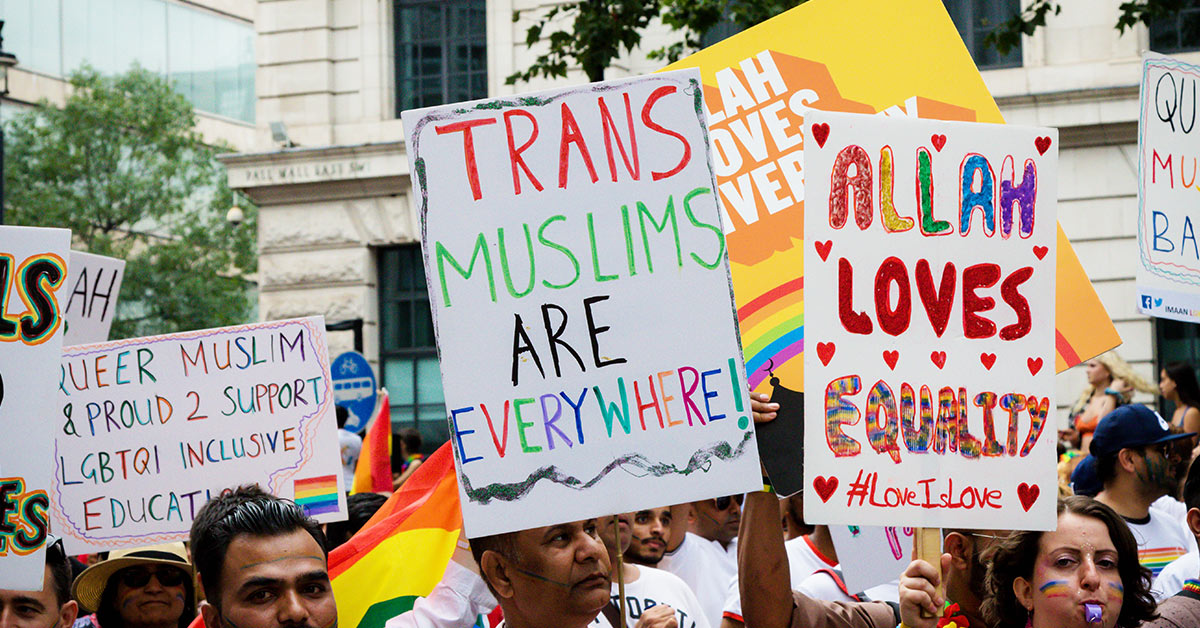 A group of South African queer Muslims and allies have asserted that it is indeed possible to be LGBTQIA+ and Muslim, in defiance of a recent anti-LGBTQIA+ fatwa.

Last week, the South African Muslim Judicial Council (MJC) issued a fatwa – a ruling by Islamic religious leaders and scholars – which said that queer people could not be part of the Islamic faith.

The imams instead called on members of the LGBTQIA+ community to not act on their desires and abstain from the “sin” of homosexuality so that they “will be rewarded.”

In response, queer Muslims and their supporters have published an open letter to the MJC, describing the fatwa as ignorant, reinforcing oppression and inciting hatred. Below is their letter in full.

The Muslim Judicial Council (MJC) and the Jamiatul Ulama of South Africa have announced that those who consider themselves homosexual are out of the fold of Islam. They have called for takfir (excommunication) of the Muslim lesbian, gay, bisexual, transgender, queer, intersex and asexual(LGBTQIA+) community. The punishment for being excommunicated is death. As queer Muslim South Africans and allies we resist the fatwa unequivocally.

The MJC is a self-appointed, unelected and entirely male body, save for the head of their Women’s Forum, that does not represent the Muslim community on any democratic basis. They also do not have religious authority as Islam is not a system that is organised along the lines of such religious intermediaries between people and God. We question their standing to decide who is part of the Ummah and who is to be excommunicated.

We remind the MJC that Section 9 of the Constitution forbids discrimination on the basis of sex, gender or sexual orientation, and applies to government and private parties. Section 15 provides for the recognition of religious legal systems and marriages that are not inconsistent with the Constitution.

The rights of LGBTQIA+ people under the South African Constitution cannot be trumped by cultural or religious authority, especially the right to life. The MJC’s fatwa amounts to hate in a context where the lives of LGBTQIA+ people are already in danger.

The fatwa is based on ignorance, and reinforces oppression and injustice rather than supporting just, fair and equal rulings.

As Muslim South Africans who are LGBTQIA+ and allies we assert:

We as Muslim South Africans who happen to be LGBTQIA+ and allies denounce this fatwa by the MJC on the grounds that:

All people deserve to enjoy a life free from oppression and discrimination. Together we can dismantle oppressive institutions and build safe, affirming and kind spaces for LGBTQIA+ Muslims and all persons.