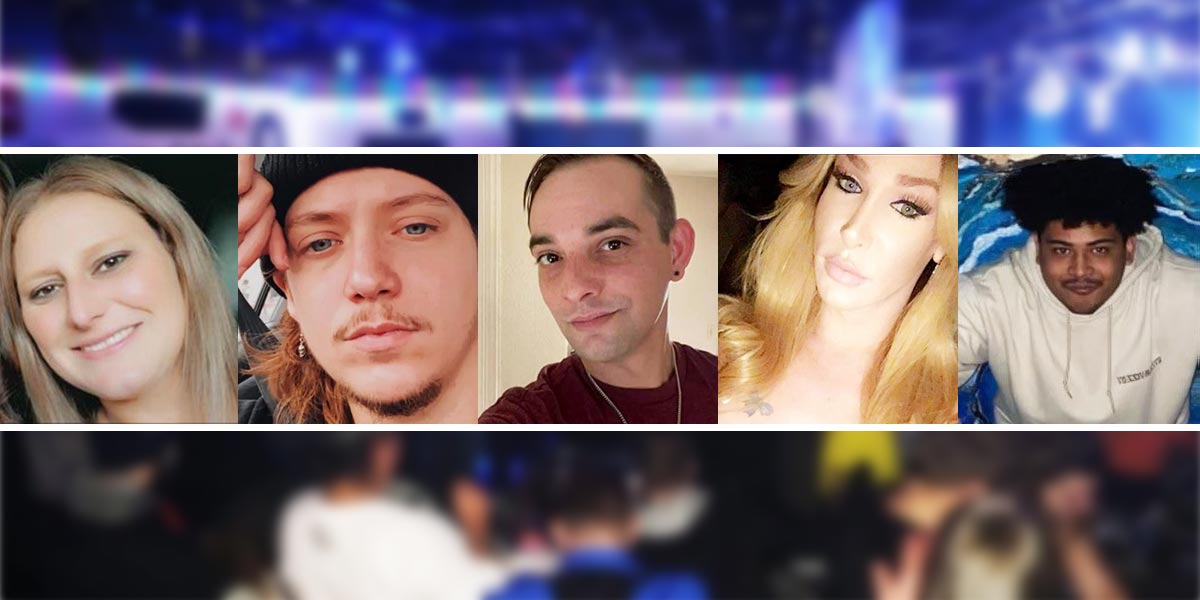 Police have released the identities of the five people murdered in cold blood in the horrific LGBTQ+ club shooting in Colorado.

On Saturday night, 22-year-old Anderson Lee Aldrich walked into Club Q in Colorado Springs and opened fire on the patrons with a long rifle, killing five people and injuring 25 others.

Aldrich, who was wearing camouflage and a bulletproof vest, was stopped and held down by Thomas James and Richard Fierro, who’ve been described as heroes for ensuring that more people were not shot.

The five people killed in the attack have now been named. They are Ashley Paugh, 35, Daniel Davis Aston, 28, Derrick Rump, 38, Kelly Loving, 40, and Raymond Green Vance, 22. Not all were members of the LGBTQ+ community.

Ashley Paugh’s husband said the family was devastated by her death. “She helped so many people through her work at Kids Crossing, a nonprofit that helps find loving homes for foster children.” He noted that “this included working with the LGBTQ community to find welcoming foster placements for children.”

Aston and Rump were bartending at Club Q on the night of the attack. Rump’s friend, Anthony Jaramillo, told CBS he was “Loving, supportive, with a heavy hand in his drink pouring, and just a really good listener and would not be afraid to tell you when you were wrong instead of telling you what you wanted to hear and that was really valuable.”

Aston’s mother, Sabrina, told the Denver Post that her son “always said, ‘I’m shy,’ but he wasn’t. He wrote poetry, he loved to dress up, he got into drama in high school. He’s an entertainer. That’s what he really loves.”

“Places that are supposed to be safe spaces of acceptance and celebration should never be turned into places of terror and violence.”

“My condolences go out to all the families who lost someone in this tragic event, and to everyone struggling to be accepted in this world,” wrote Kelly Loving’s sister, Tiffany. “My sister was a good person. She was loving and caring and sweet. Everyone loved her.”

Vance’s family said he was an LGBTQ ally who was at the club with his girlfriend to celebrate a birthday. “Unfortunately, he never left the club. Raymond was the victim of a man who unleashed terror on innocent people out with family and friends.”

Aldrich, the alleged killer, is in the hospital recovering from his injuries. While his motive for the attack has not been made public, he faces five counts of a bias-motivated crime causing bodily injury, in addition to five counts of first-degree murder.

“We know anti-LGBTQ+ hate is on the rise and gun violence impacts our community at devastating rates,” she said. “We must rise against hate in the strongest possible terms, we must stand together in solidarity and love with our LGBTQ+ family in Colorado Springs and demand an end to this epidemic of gun violence.”

In a statement, President Joe Biden said: “Places that are supposed to be safe spaces of acceptance and celebration should never be turned into places of terror and violence. Yet it happens far too often. We must drive out the inequities that contribute to violence against LGBTQI+ people. We cannot and must not tolerate hate.”