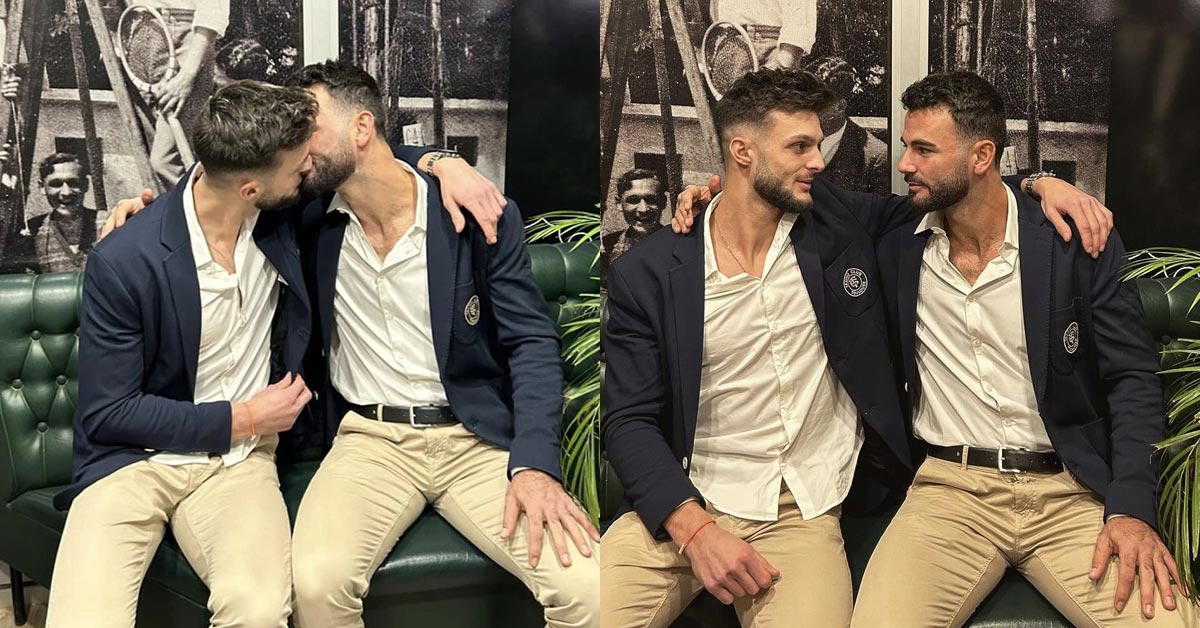 French professional tennis players Fabien Reboul and Maxence Broville have seemingly revealed that they are in a romantic relationship.

Reboul, 27, this week posted an Instagram story featuring images of him embracing and kissing Broville, 23.

The duo were both pictured wearing their Slade Toulousian Tennis Club kit.

Written on one of the photos was the statement: “I did not fall in love with you, your love pushed me to it.”

Broville reposted the image to his Instagram profile along with an emoji of two hands making a heart shape.

Reboul is currently ranked No 54 in world doubles tennis and has won 12 ATP (Association of Tennis Professionals) Challenger doubles titles.

The two men have yet to comment on their apparent relationship or if this is intended to be a joke of sorts. If true, however, they would be the first-ever openly gay or bisexual active ATP Tour players.

“Nothing’s been confirmed from either, but this could be a big step for men’s tennis,” commented Tennis writer Joey Dillon on Twitter.

The absence of out gay men in professional tennis is in stark contrast with the women’s game which has for decades boasted high-profile players such as Billie Jean King and Martina Navratilova who both came out in the early 1980s.

Note: nothing’s been confirmed from either, but this could be a big step for men’s tennis. pic.twitter.com/YMEoYH4Mqh

French tennis players Fabien Reboul and Max Broville may have just convinced me to start paying attention to tennis. pic.twitter.com/swgrU86M2r