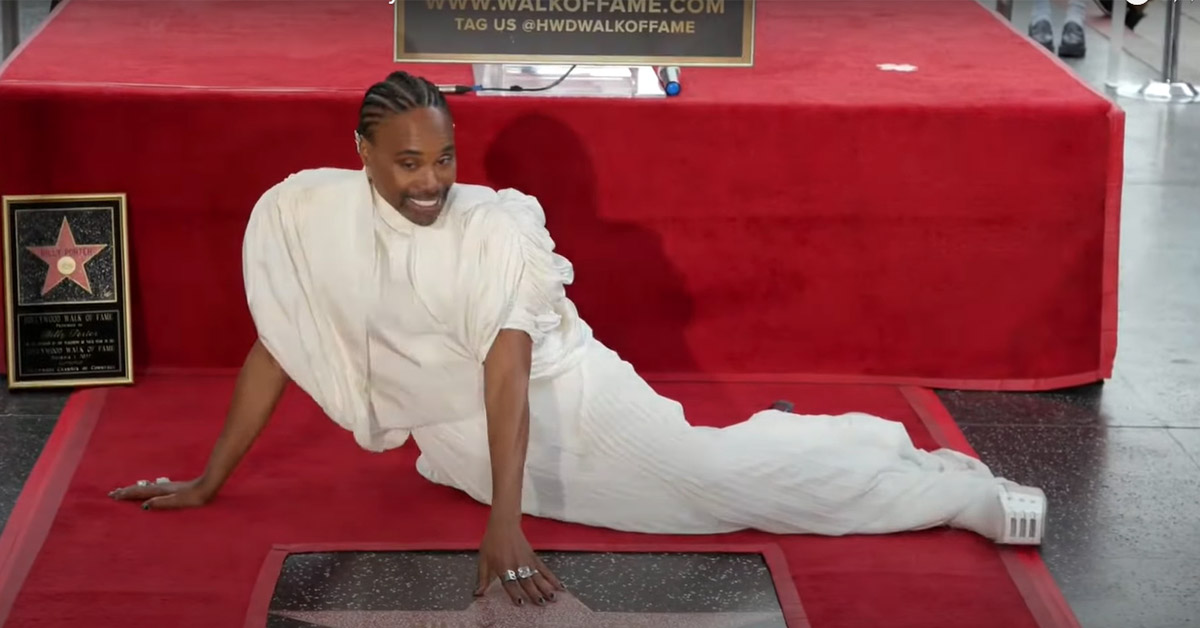 Queer actor and singer Billy Porter delivered a powerful and moving speech while celebrating the unveiling of his star on the Hollywood Walk of Fame.

Porter, who is living with HIV, was honoured with the Walk of Fame’s 2,741st star on World Aids day. Speaking at the event, the 53-year-old expressed his gratitude for being an openly queer black man who has gotten to live his dreams.

“I’ve heard a lot of things in my life. ‘You’re too black. You’re too gay, too loud, too extra, too flamboyant. Homosexuality is an abomination. You are an abomination. You will never be blessed.’ Well, we know that’s a lie. That theory no longer has any credibility, bitches,” said Porter.

Porter acknowledged that the tribulations he experienced throughout his life, however difficult, only inspired him to continue to strive to reach his goals.

“I’m grateful for the early childhood traumas that could have, and quite frankly would have, destroyed me, had it not been for the hand of God blessing me with a gift of my art that grounded me and helped me hold my spirit and my mind together. I’m grateful for the universe for guiding me through an unrelenting passion rooted in a calling, and dare I say a ministry, far beyond anything any trauma can even begin to try and suffocate.

I’m grateful to stand in front of the world as an out, loud and proud representation of what being black, queer and HIV positive looks like in 2022.”

“I’m grateful to have lived long enough to see the day where my queerness is no longer my liability. But now it’s my greatest superpower. I’m grateful for the healing power of love. I’m grateful that the universe has imbued me with the courage to dare to be audacious enough to stand firmly in my own humanity, no matter how under attack it is now and has always been, and love myself enough to teach the whole wide world what unconditional love looks like.”

The Pittsburgh-born Porter dedicated the occasion to his ailing mother who requires constant care and could not attend the ceremony.

“Mom, you are the personification of what true Christianity means,” he said, holding back tears. “Your willingness to embrace that which you don’t understand with unconditional love is a template that the world would benefit from employing.”

Porter was accompanied at the ceremony by his husband, Adam Smith, whom he married in 2017.

A veteran of the theatre and Broadway, Porter is an Emmy, Tony and Grammy Award-winning, and Golden Globe-nominated, actor, singer, director, composer, and playwright.

He is perhaps best known for his portrayal of Pray Tell in the groundbreaking series Pose, for which he won the 2019 Emmy Award for Outstanding Lead Actor in a Drama Series – the first openly gay black man to do so.

Porter has also released several albums and singles, including the tracks Children (2021) and Stranger Things (2022) under a new record deal with Island Records (UK) and Republic Records (US).