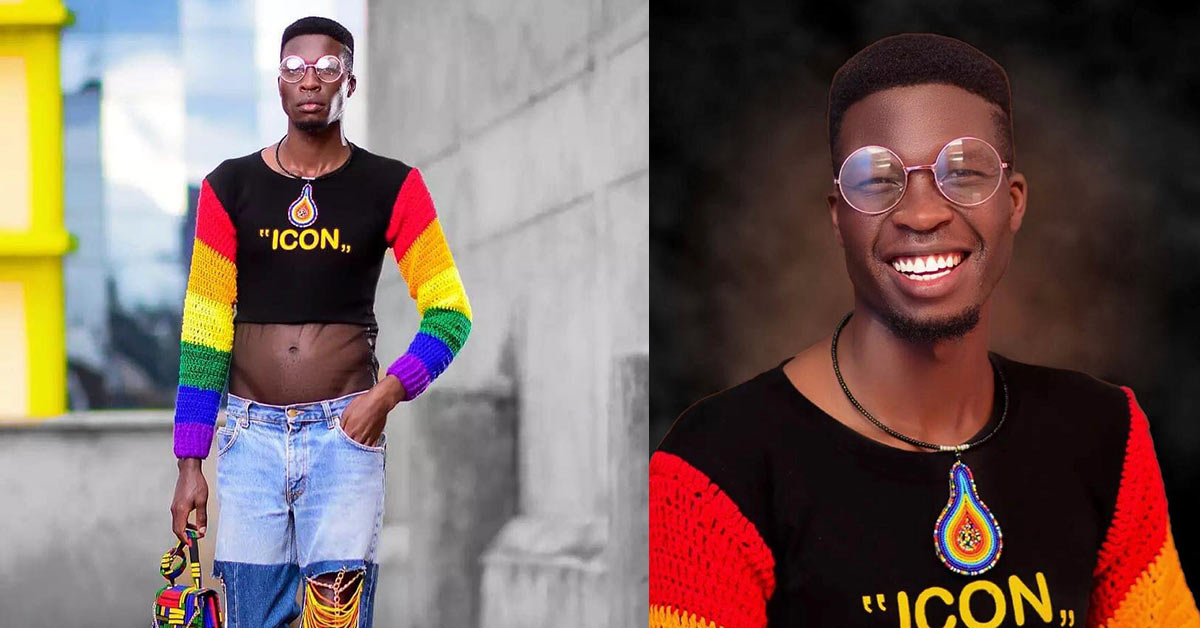 Kenya’s LGBTIQ+ community is in shock after well-known model and activist Edwin Chiloba was brutally murdered.

On Tuesday, police were alerted to a metal box that had been seen being dumped from a vehicle onto the side of the road near the town of Eldoret in Uasin Gishu county.

According to local media, when officers investigated they found Chiloba’s body wrapped in a duvet and stuffed into the container. It’s suspected that Chiloba was murdered on New Year’s Eve.

There are reports that Jacktone Odhiambo, who’s been described as his friend, roommate and romantic partner, has been arrested in connection with the murder.

Claims have also surfaced that Chiloba’s neighbours heard a fight on the night he’s believed to have been killed.

Police are looking for two other individuals who are alleged to have helped Odhiambo transport the body.

In an Instagram post on 16 December, Chiloba, who was known for embracing gender-fluid fashion, wrote about his commitment to LGBTIQ+ equality.

Fellow activists across the continent have expressed their shock and sorrow at Chiloba’s death and have called for swift justice.

“Words cannot even explain how as a community we are feeling right now,” said Kenyan LGBTIQ+ group galck+ in a statement. “You were a fighter, fighting for the LGBTQ+ community relentlessly and fearlessly. galck+ is deeply gutted and mourns the loss of one of our community members. You will be remembered all through and through and your death will not go unpunished.”

Pan Africa ILGA said it was saddened by Edwin Chiloba’s murder, describing him as a “Kenyan LGBTIQ+ activist, model and humanitarian [who] was well known for his passion for fashion and activism.”

South Africa’s Uthingo Network also offered its condolences to Chiloba’s family, friends, and LGBTIQ+ comrades, adding that “We will continue working to ensure that our communities are LGBTIQ+ inclusive and affirming so that everyone can live without fearing stigma, discrimination, and anti-LGBTIQ+ violence.”