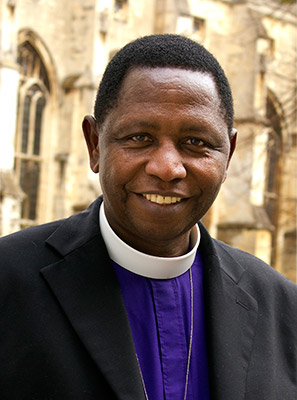 The Archbishop of Canterbury, Justin Welby, has been urged to expel Anglican Archbishop Stanley Ntagali for his statements at Monday’s anti-gay rally in Uganda.

In a letter to Welby, Richard Rosendall, president of the Gay and Lesbian Activists Alliance of Washington, D.C., called for action to be taken against Ntagali, who is the head of Uganda’s Anglican Church.

Rosendall quoted Ntagali’s comments at the hate rally, which drew thousands in Kampala. The cleric reportedly said that “Homosexuality is the devil’s agenda in Uganda,” and “We have to be focused, without fear to fight the battles facing us, battles facing our families.”

As reported by the Erasing 76 Crimes blog, Rosendall wrote in his letter that “Ntagali is effectively endorsing persecution and murder. He should be expelled from the Anglican Communion.”

“But a problem like the aggressive bigotry and inhumanity of the African bishops cannot be dealt with by avoidance. What is the point of keeping someone at the table who is poisoning the food?” asked Rosendall.

He wrote that at the very least Welby must “denounce the participation and remarks by Archbishop Ntagali at the anti-gay rally in Uganda, and not to put a facade of unity before the rights of LGBT people whom some Anglican leaders are persecuting.”

He has been defiant in rejecting progressive views in the Anglican Church, seemingly prepared to split from the global Anglican Communion and the parent Church of England over the issue of homosexuality.

Ntagali warned that if the Church of England continued on “the path they have set themselves on” the Church of Uganda may not “be able to maintain communion with our own Mother Church.”