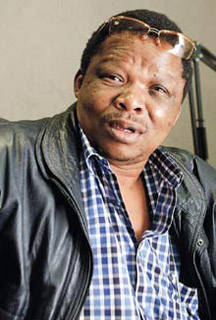 It appears that avowed homophobe and disgraced journalist Jon Qwelane is no longer South Africa’s High Commissioner to Uganda.

According to Times Live, he is now the “former South African High Commissioner to Uganda,” and, as pointed out by US-based lawyer and LGBT blogger Melanie Nathan, the position is listed as “vacant” on the Dirco (Department of International Relations and Cooperation) website.

It’s not clear why or when Qwelane quietly left the post or what he is now doing. Mambaonline was unable to get comment from Dirco at the time of publishing this article.

Nathan also claims in her blog that she has received reports from LGBT activists in Uganda of difficulty in obtaining visas to attend conferences and workshops in South Africa. She has written to Dirco asking for clarification, as has Mambaonline.

Human rights and LGBT groups were outraged when Qwelane was appointed by President Zuma in 2010 to represent South Africa in Uganda – one of the most anti-gay countries in the world.

At the time, the DA said that it was a “national embarrassment” that “South Africa continues to be represented in that nation by a man whose deeply homophobic and prejudiced views are a matter of public record.”

Qwelane had earlier faced massive criticism for his infamous 2008 article, Call me names, but gay is NOT okay…, published in the Sunday Sun, in which he compared homosexuality to bestiality and urged politicians to remove the sexual orientation equality clause from the Constitution.

In 2011, he was convicted of hate speech for the article, but had the ruling rescinded on a technicality. The South African Human Rights Commission (SAHRC) re-filed the charges and the case remains in the courts. Qwelane is also separately challenging the constitutionality of portions of the Equality Act, under which he was convicted.

Qwelane and his lawyer believe that the hate speech provision in the act is a violation of his right to freedom of expression.

On Thursday, the SAHRC asked the Johannesburg High Court to combine the two matters into one case to save costs. Qwelane’s lawyer is opposing the application. The court is expected to make a ruling on the issue on Friday.