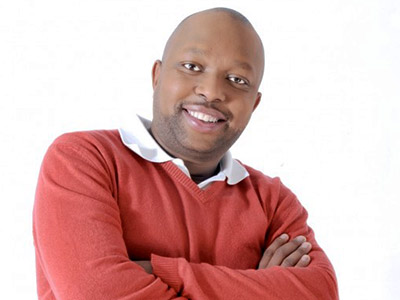 Mambaonline received a report on Tuesday about the comment, made during the station’s prime time afternoon show in a discussion about Jenner and how her children have reacted to her transitioning.

Shockingly, DJ MoG is reported to have said during the show that if Jenner were his father, he’d “take a sjambok (a short leather whip) to him.”

The implication seems to be that either a transgender person should be punished for who they are or that perhaps their transgender identity can be beaten out of them.

“Journalists seem to ignore their influence and power on air during their shows. Statements that marginalise another group of people should not be tolerated at all,” he told Mambaonline.

“We are living in a society in which transgender people are generally not accepted and treated well. Media is the tool that we should use to educate and sensitise our community, not condone hate towards minority groups.”

He acknowledged that South Africa is a country “where violent crimes are at an all-time high against women, children, fellow Africans and the LGBT society.”

Johnson further said the station does not condone the “reckless comment made by our drive time show host MoG and have dealt with him with regards to this matter.”

He insisted that, “as a radio station we are serious about our stance on violence and will not condone irresponsible broadcasting.”

Johnson said that MoG “apologises about the matter and his intention was not to sound insensitive towards the LGBT society and nor to Caitlyn Jenner’s transition.”

He added: “In a society where the nature of violent crimes against others is prevalent [MoG] certainly would not want to be portrayed as insensitive and as a non-tolerant individual, with many close friends who are LGBT.”

How do you feel about MoG’s transphobic comments and his apology?