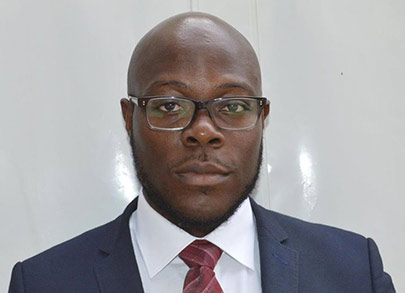 Joël Gustave Nana Ngongang, a well-known pan-African LGBT activist who lived and worked in South Africa for a number of years, passed away on Thursday night in a hospital in Cameroon after a short illness, aged 33. Mwangi Githahu contributed this obituary to Mambaonline.

Known by most as Joël Nana, his life and work touched many people across the globe but he was particularly cherished in Africa where his pan-African spirit led him into working as an activist in HIV/Aids in countries such as his native Cameroon where his skills as a human rights advocacy and health policy were forged.

Nana was a frequent media commentator on LGBT and HIV/AIDS matters and he was also a champion for the idea of African LGBT organisations speaking out for themselves and not being represented by foreign or ‘international’ LGBT organisations.

Nana was often upset by those who suggested that homosexuality was unAfrican as often claimed by anti-LGBTI people. He often said that “neither homosexuality nor homophobia is alien to Africa.”

However, he also often pointed out that, “While it is important to acknowledge that some of the laws criminalising same-sex sex in Africa are part of the framework inherited from our past, we should not negate the agency of Africans. This agency is also expressed through love, hate and most importantly through the law.”

Nana came to prominence in LGBTI circles in his native Cameroon when he worked with a Cameroonian gay association called AGALES from 1999 until 2001. Later in 2005 Joel co-founded, with two gay activist colleagues, Alternatives-Cameroun, a Cameroon-based human rights organisation working to address homophobia and end discrimination and abuse against lesbians, gay men, bisexual, and transgender individuals.

At around this time Nana, who received his first degree in law from a Cameroonian university, became involved in the case of the Yaoundé 11. This was a matter involving 11 men arrested in a bar in the Cameroonian capital and imprisoned on charges of suspected homosexuality.

Nana and his colleagues worked hard to publicise the plight of the arrested men and it was partly as result of their efforts that in October 2006 the United Nations Working Group on Arbitrary Detention declared the arrest of the 11 on the basis of their presumed sexual orientation “an arbitrary deprivation of liberty” contrary to international conventions.

After his activities in Cameroon, Nana moved to South Africa where for five years and four months he was Executive Director of AMSHeR (African Men for Sexual health and Rights), which he founded and led, and where he also studied towards a second law degree.

At AMSHeR, which is a regional coalition of African-led organisations working at the intersections of law, human rights, health, sexual orientation and gender identity, Nana was able to transform the idea of a coalition into an effective regional organisation with major impact.

He built AMSHeR from a zero budget into an organisation with a US$2million annual budget and 13 full-time highly qualified professional staff.

After he left AMSHeR, Nana’s reputation took a significant knock with allegations by the Board of Directors that he had defrauded the organisation of over R400,000. The board said at the time that it would institute a civil claim against Joel to recover the monies. (The incident was a major blow to AMSHeR, its staff and funders and negatively impacted other LGBTI groups and activists. – Editor)

At the time of his death Nana was studying towards an LLD from the University of the Western Cape where he had earlier obtained his LLM (Master) in International Human Rights Law. He was also the Chief Executive Officer of Partners for Rights and Development (Paridev) a boutique consulting firm on human rights, development and health in Africa.

His activities in various national and international organizations that cater to the pan-African LGBT community also led Joel to work in countries such as Nigeria, where he founded an African LGBT advocacy web site.

Since hearing of his death, Nana’s friends and colleagues have been writing condolence messages on his Facebook profile.