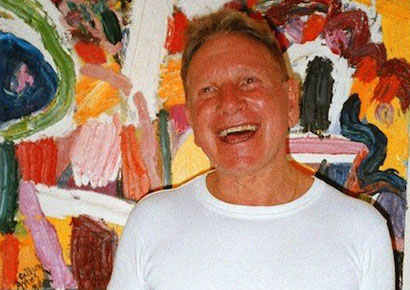 Cyril Shevitz, one of Johannesburg’s most influential and colourful LGBT figures, has died.

Shevitz was known by many in the city as an owner and face of the very popular Oh! Bar in Melville, which closed down in 2008.

Believed to be in his 80s, he passed away on Saturday 28 November at Our Parents Home in Norwood. His funeral was held the following day.

Shevitz played a significant role in South African LGBT history. He was one of the hosts of the infamous 1966 Forest Town gay party in Joburg, which was raided by police; making national newspaper headlines.

The subsequent “moral” backlash against the gay community led to the passing of the Immorality Amendment Bill of 1967, which criminalised all gay and lesbian sex in South Africa,

Shevitz first made a splash as a male model. He went on to become extremely successful in the clothing industry, owning a number of large chain stores across the country over the years, culminating in outlets like Cyril’s Wardrobe.

He also opened a store on Rodeo Drive in Beverly Hills, Los Angeles, and was reputed to be friends with the likes of international stars such as Rock Hudson, Barbra Streisand and Liberace, who once played the piano at his Greenside home.

In later years, Shevitz’ fortunes declined and he was forced to sell his collection of artwork that included pieces by Picasso, Andy Warhol and David Hockney.

Shevitz will be remembered by Jozi’s gay revellers for his always friendly demeanour and warm smile.