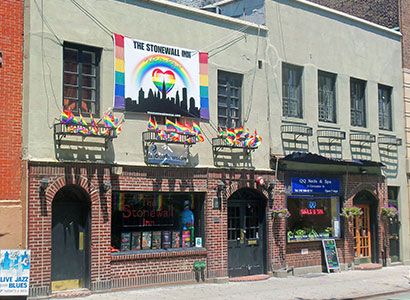 History was made on Friday when President Obama proclaimed New York’s Stonewall Inn, the birthplace of the LGBT rights movement, a national monument.

“I’m designating the Stonewall National Monument as the newest addition to America’s National Park System,” said Obama, noting that, “Stonewall will be our first national monument to tell the story of the struggle for LGBT rights.”

He went on to say: “I believe our national parks should reflect the full story of our country, the richness and diversity and uniquely American spirit that has always defined us. That we are stronger together. That out of many, we are one.”

The move was made in the midst of commemorations for Pride Month, which was officially recognised in a proclamation by Obama on 31 May (a step he’s taken every year of his presidency).

In addition to the site of the bar, the monument includes a small adjacent park known as Christopher Park, and the surrounding streets and sidewalks. The park features a sculpture by George Segal of two same-sex couples, called Gay Liberation.

The Human Rights Campaign (HRC) praised the announcement from the White House as a “tribute to the brave individuals who stood up to oppression and helped ignite a fire in a movement to end unfair and unjust discrimination against LGBTQ people.”

HRC President Chad Griffin said that, “The announcement is especially significant following the horrific massacre in Orlando, a heartbreaking reminder of the hate and violence we continue to face as a community.”

On June 28, 1969, gay, lesbian, drag and transgender patrons of the Stonewall Inn, a New York City bar, fought back against police officers in response to ongoing homophobic raids and harassment. The riots continued for a number of days.

The incident is recognised as the start of the global LGBT rights movement and inspired the world’s first Pride marches the following year in New York, Los Angeles, San Francisco and Chicago – all on the same weekend (27-28 June, 1970). 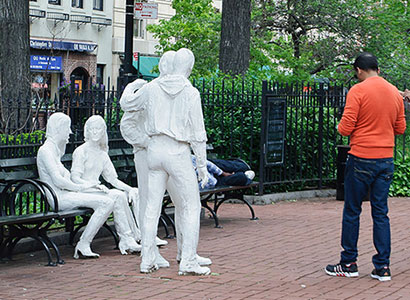 The Stonewall Inn closed in 1969 a few months after the riots, but was reopened in 1990 in part of the original location. It is still a popular landmark and working gay bar.

The events of June 28, 1969 have been documented in documentaries, plays and at least two feature films, most recently Roland Emmerich’s controversial and widely panned Stonewall (2015).

Obama is the most LGBT-friendly president in American history. His administration has taken steps to prevent hate crimes and to end discrimination in healthcare and among federal contractors.

He has also repealed the Don’t Ask Don’t Tell ban on gay service members in the military and has supported the legalisation of same-sex marriage and ending the use of conversion therapy against minors.

Watch a video about the announcement of the Stonewall National Monument below.