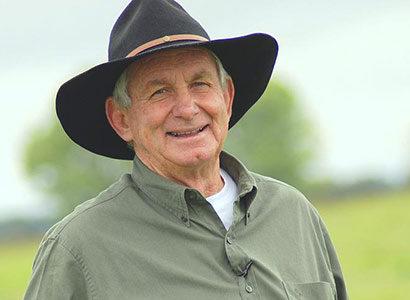 The venue in Scotland that was set to host a talk by homophobic South African pastor Angus Buchan has cancelled the event, following a campaign by LGBTI activists.

KaleidoScot reports that Live Borders, the organisation that manages bookings for the Volunteer Hall in the town of Galashiels, will no longer allow the meeting to take place on the premises.

The decision was taken after it was lobbied by Susan Hart, Chair of the Scottish Borders LGBT Equality group.

“We were very pleased that Scottish Borders [Council] worked with us to ensure there is no place for Pastor Angus Buchan to preach his messages of intolerance,” she said.

“Spreading messages of hate towards LGBTI people, women and children only can harm rural communities like ours and cause division.”

Hart argued that Buchan’s views that LGBTI people are diseased and can be cured, and that men should dominate women cross “the line between freedom of speech and hate speech”.

While Hope Church, which invited Buchan to talk, may still find another venue to host the preacher in the area, Hart said that, if it went ahead, the 22 August event would likely be faced with protests.

Buchan, a Zimbabwe-born farmer and evangelist of Scottish descent who now lives in KwaZulu-Natal, is known for his conservative views on gender roles and his condemnation of homosexuality.

He believes that homosexuality can be “cured” through prayer and that same-sex marriage is sinful. Buchan, who attracts thousands of men to his so-called Mighty Men Conferences, also preaches that men should rule the home and teach their wives to know their place.

Despite the cancelation, the page promoting “An Evening with Angus Buchan” and Buchan’s own website still indicate Volunteer Hall as the venue.

The event is part of Buchan’s UK tour. He is also set to make appearances in England, Northern Ireland, and the Republic of Ireland and will hold a three-day Mighty Men Conference in North Yorkshire.