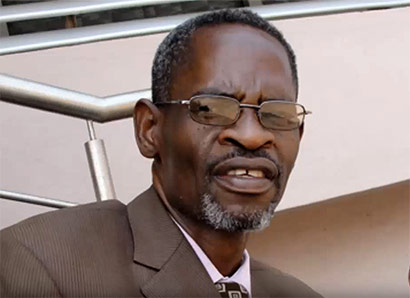 A leading Malawian politician will appear in the High Court this week to find out if he should be prosecuted for calling for the killing of gay people.

In January last year, Ken Msonda, spokesperson for Malawi’s former ruling People’s Party, wrote on Facebook that arresting gays and lesbians would not work and that “the best way to deal with the problem is to KILL them!”

He also called LGBT people “sons and daughters of the devil” and, echoing Zimbabwe President Robert Mugabe, said that they are “worse than dogs”.

After two groups filed complaints against him, Msonda was charged with inciting others to break the law. Later that month, however, the Director of Public Prosecutions declined to prosecute Msonda, who remains unrepentant.

Local and international human rights groups as well as the UN High Commissioner for Human Rights were shocked at the decision, which was taken by the director without any reason being given.

Nyasa Times has reported that activists Gift Trapence and Timothy Mtambo went on to apply for a judicial review of the decision. On Thursday, Chief Justice Andrew Nyirenda is expected to rule on their application and whether the matter must be heard as a constitutional case by a panel of three judges.

The Malawi Human Rights Commission last week condemned Msonda’s statement as “not only illegal in Malawi, but also utterly irresponsible and contrary to the democratic values of peaceful co-existence and tolerance”.

The Commission added that, “freedom of speech or expression is lawfully limited to prevent vices such as incitement; libel; slander and oppression”.

The status of LGBT people in Malawi is mired in confusion. In December 2015, Justice Minister Samuel Tembenu ordered a moratorium on the arrest of Malawians for having gay sex, which carries a penalty of 14 years in prison.

The courts have, however, ruled that the government cannot suspend a law and that only parliament can do so.

There are reports that two men were arrested in Lilongwe last month on allegations that they committed “acts of sodomy”. It’s been claimed that some members of the community took the law into their own hands by harassing the suspects and destroying their property.