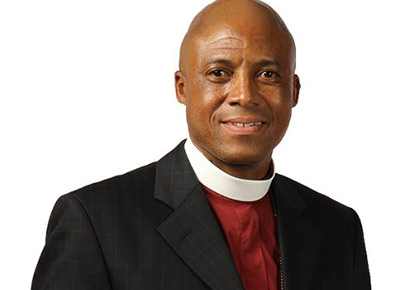 Responding to anger over Sunday’s anti-gay sermon, the Grace Bible Church insists that its condemnation of same-sex relationships is not discriminatory.

The Soweto church became embroiled in a social media frenzy on Sunday after Idols SA judge Somizi Mhlongo walked out of a sermon by Ghanaian evangelist Dag Heward-Mills who called homosexuality “unnatural”.

The church’s Pastor Ezekiel Mathole has had the unenviable task of justifying the homophobic talk to the media on Monday morning.

“We don’t discriminate against anyone who is gay, they are welcome to our church,” Mathole told 702’s Eusebius McKaiser.

“It is people’s opinion or choice of their alternative lifestyle to have same-sex relationships. It is their right to do it… Nobody is stopping them,” Mathole said.

He explained that the church’s view, however, is that sexual relationships should only be between a man and a woman who are married. “We take a biblical view that marriage must be male and female,” said Mathole.

The church’s website clearly outlines its position on homosexuality in its ‘statement of faith‘: “With regards to sexual behaviour, we believe in heterosexual relationships between a natural man and a natural woman within the confines of lawful matrimony.”

Despite being challenged on the matter, Mathole refused to accept that denying membership to gay people and condemning its homosexual congregants who are in relationships amount to discrimination.

Mathole also told eNCA’s Dan Moyane that, “as a church, we don’t discriminate against gay people and we will never do, and we have never done that”.

He argued that Heward-Mills’ sermon wasn’t targeting only gays and lesbians but others with “lifestyle issues,” such as smokers and promiscuous people.

By making these kinds of statements Mathole is perpetuating the view that homosexuality is a “lifestyle” or a bad habit, rather than it being an intrinsic part of a person’s identity.

In his guest sermon at the church on Sunday, Heward-Mills spoke to the crowd on the topic of “Why your soul is important”.

“There’s nothing like that in nature. It’s unnatural,” he insisted, as the audience again clapped and cheered in support.

Headed by Bishop Mosa Sono, the Grace Bible Church is said to have a considerable gay following, including a number of celebrities like Mhlongo and fashion designer David Tlale.