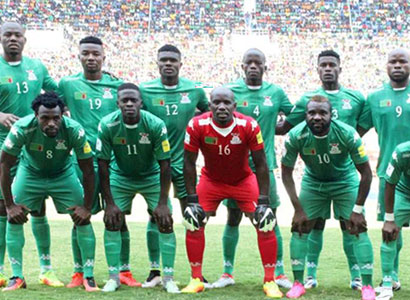 Church leaders in Zambia are up in arms over a proposed national football body policy to bar discrimination against gay people.

The current constitution of the Football Association of Zambia (FAZ) states that discrimination is not allowed in the game on the basis of “ethnic origin, gender, language, religion, politics or any other reason…”

A new draft document, however, now also includes discrimination on the basis of “sexual orientation” as being “strictly prohibited and punishable by suspension of expulsion”.

While the proposed constitution is in line with FIFA regulations, homophobes in the country are outraged that a prohibited class of people is set to be protected.

Former FAZ executive committee member Masha Chilemena told AFP: “Zambia is a Christian nation and any instructions from FIFA which will conflict with Christianity are not welcome.”

He insisted that the association “cannot go against what is stipulated in the law of the land” and that if FIFA were to take action against FAZ over the issue then “we will play in the local league”.

International Federation of Christian Churches president Simon Chihana also told AFP that the draft constitution was “inviting the wrath of God” and warned that it would “bring the happenings of Sodom and Gomorrah here”.

In November last year, University of Zambia lecturer Landilani Banda argued in a BBC interview that the proposed non discrimination clause did not clash with the country’s laws as they do not outlaw homosexuality or someone being gay per se but specifically criminalise the act of gay sex.

“What the law criminalises is sodomy which is termed as ‘offences against the order of nature’,” he said. “In light of the above, it’s perfectly alright for FAZ to include a clause which prohibits discrimination on the basis of sexual orientation and gender identity,” said Banda.

It remains to be seen if FAZ will ultimately adopt the new anti-discrimination clause with the inclusion of sexual orientation.