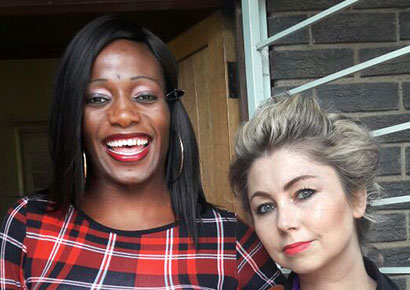 In a major LGBTI rights victory, the Seshego Equality Court has sided with a transgender Limpopo woman who was the victim of abuse when she was at school.

On Friday, the court ruled in favour of Nare Mphela, who was represented by the SA Human Rights Commission (SAHRC), and against a former high school principal and the Limpopo Department of Education.

Between 2013 and 2014, Mphela was the victim of ongoing discrimination by the school and the principal, because of her gender identity. The harassment was so severe that she says this led to her failing matric at the end of 2014.

Mphela complained that the principal’s humiliating actions, including the use of hurtful and harmful speech, violated her constitutional right to equality. The Limpopo Department of Education was also accused of taking little or no action to intervene in the abuse, despite requests for it to do so.

SAHRC Provincial Manager Victor Mavhidula, told Mambaonline that the SAHRC requested that the Equality Court order the department to pay Mphela R60,000 in compensation for violating her dignity and for pain and suffering.

It also asked that the principal undergo sensitisation training and that the department be ordered to provide similar training to its employees, including all school principals in the province.

According to Mavhidula, the full written judgement of the court is only expected to be provided next week. He said that while the matter has taken three years to be resolved, the SAHRC was satisfied with the outcome of the case.

“This judgement will also be used as a tool to educate other people, including members of the education department, to make sure that every learner is protected in their school,” said Mavhidula.

“Our LGBTI community has been suffering for a long time in terms of harassment and victimisation for what they are,” added SAHRC Commissioner, Advocate Bokankatla Malatji. “Our court has today emphasised the right to dignity and the right to equality of the LGBTI community.”

While this case has its origins in 2014, LGBTI school learners continue to be victims of discrimination across South Africa. In the most recent incident, 38 school girls were this week humiliated and outed by an Eastern Cape principal to their parents, guardians and teachers.